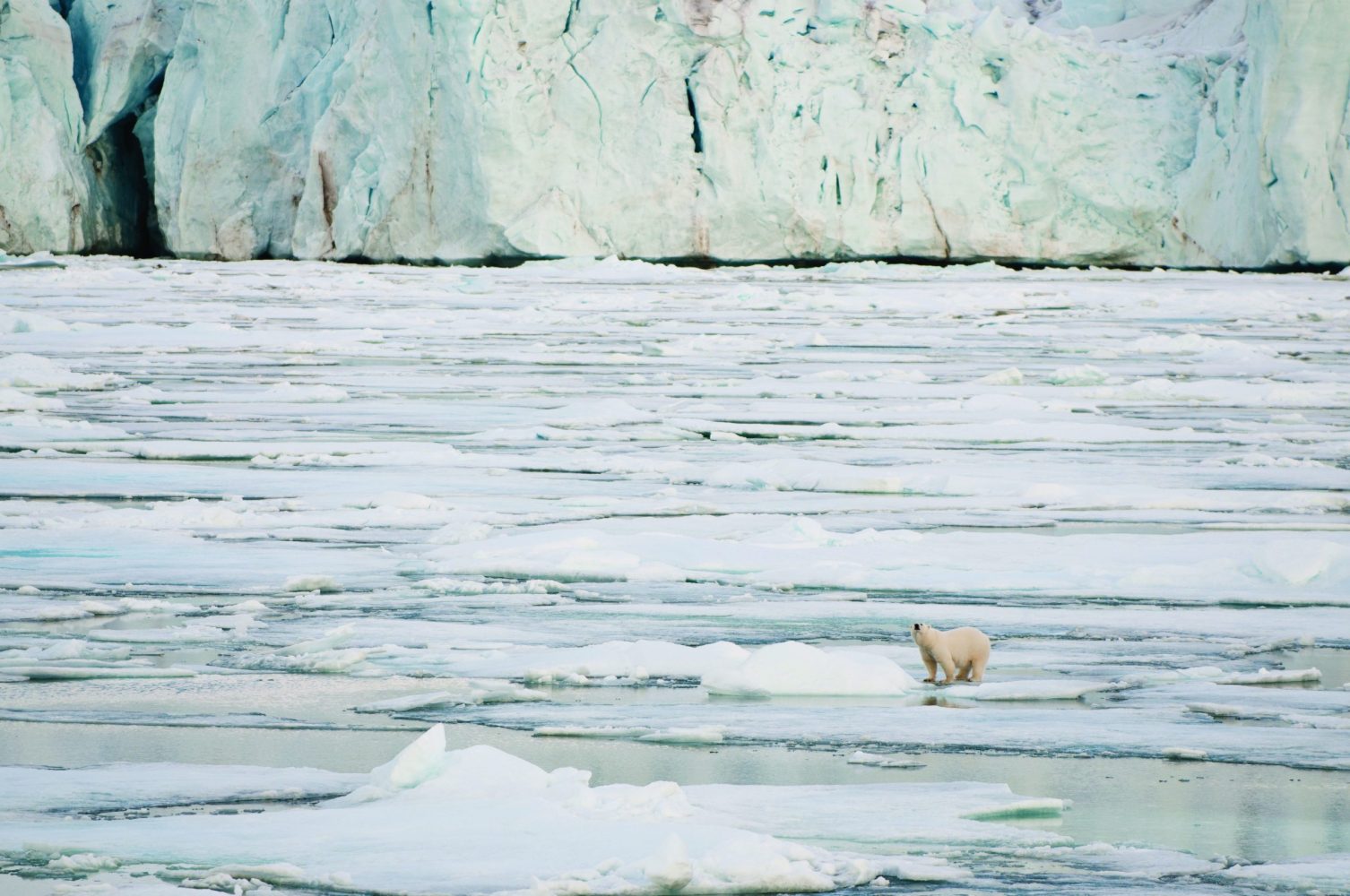 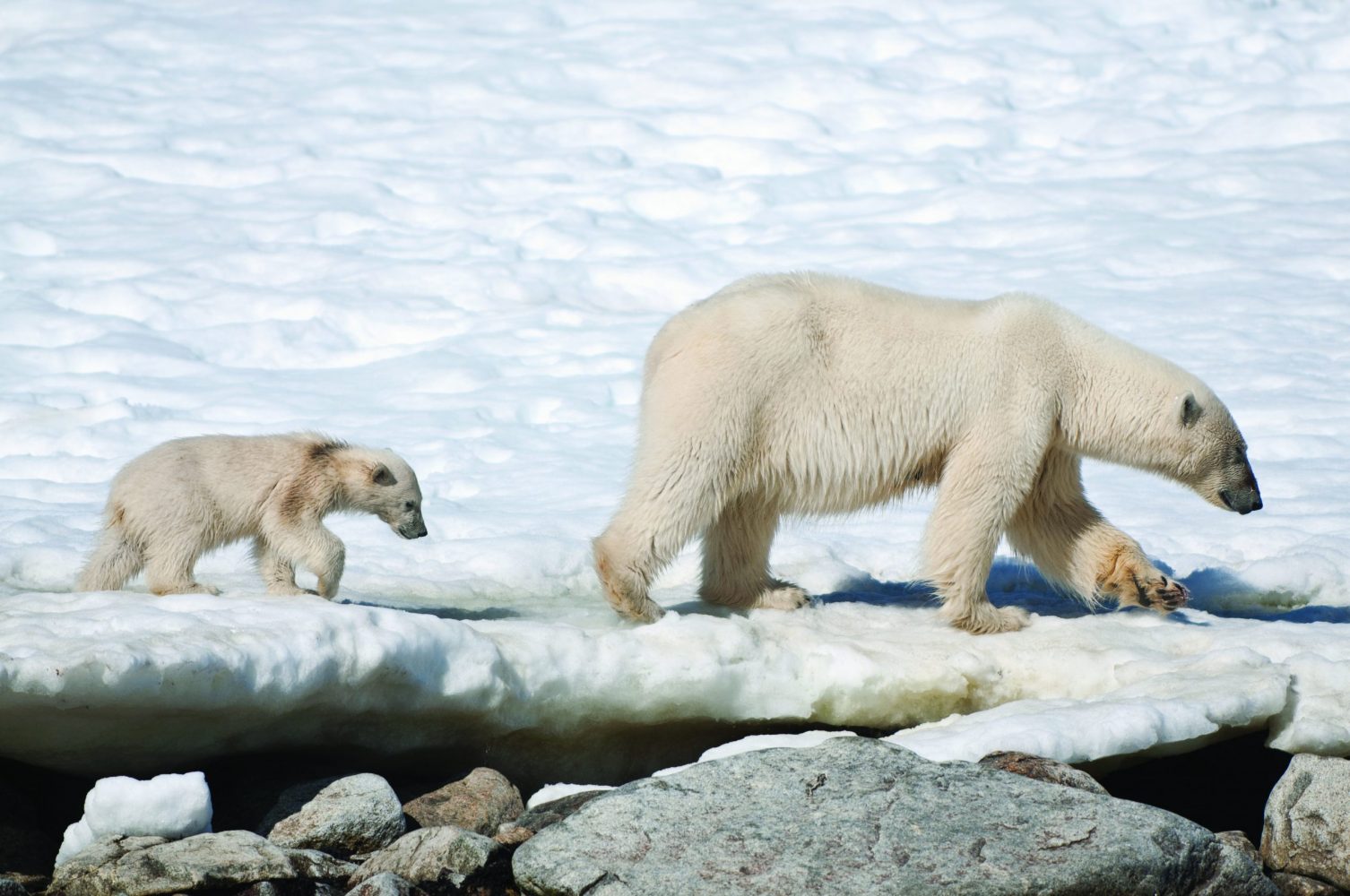 For the first two and a half years of their lives, the cubs will never get too far from their mother’s line of site. Along the way, cubs will learn how to use their amazing sense of smell to locate their main prey, the ringed seal.

With her cub of the year, this relatively thin mother wanders off to find a quiet place to nurse. Feeding on milk with an approximate fat content of thirty-five per cent, this cub will rely on its mother’s ability to find food so that it will be large enough to survive its first winter. Although they live relatively solitary lives, there is a highly social side of these intriguing polar bears. 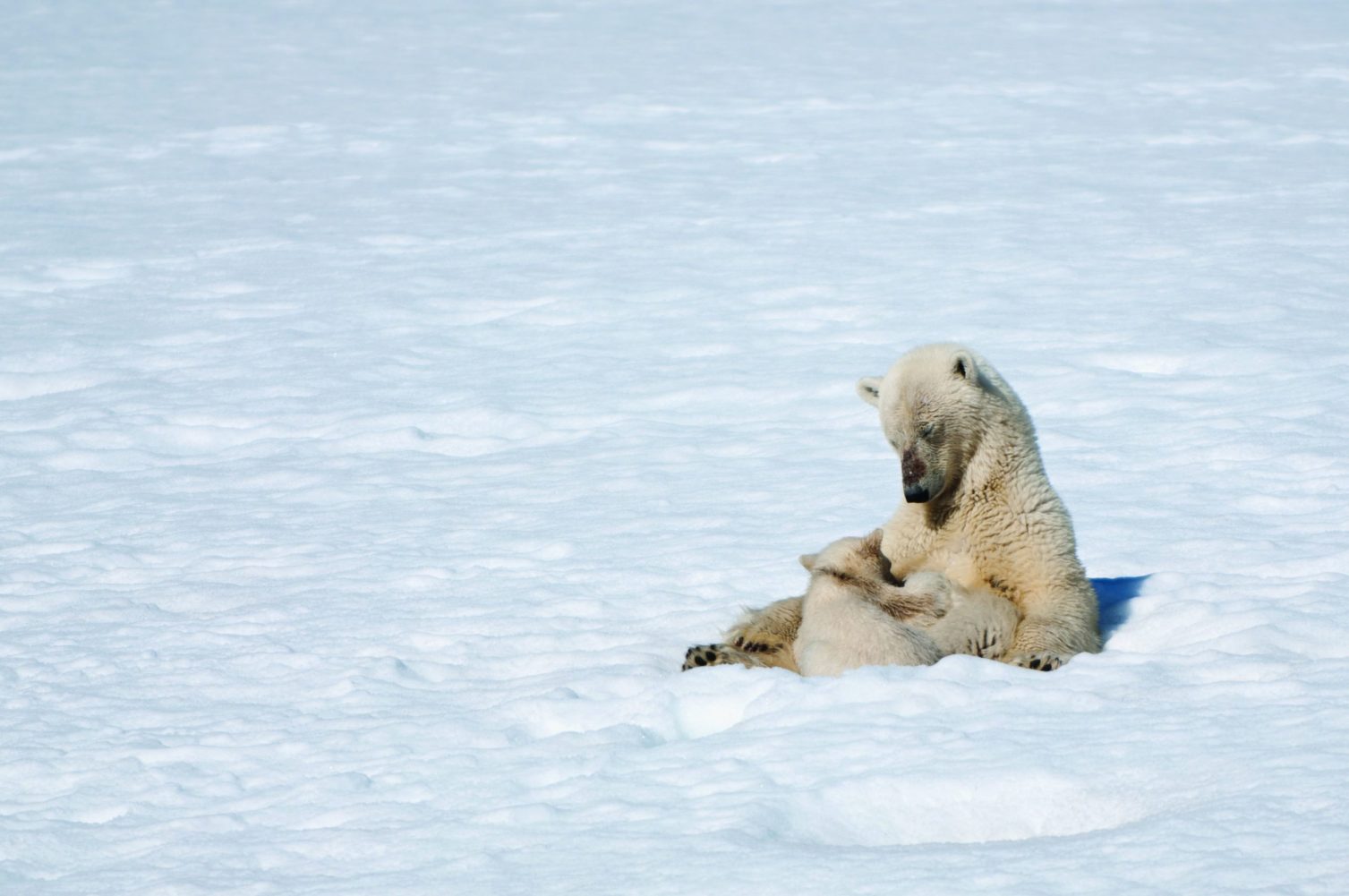 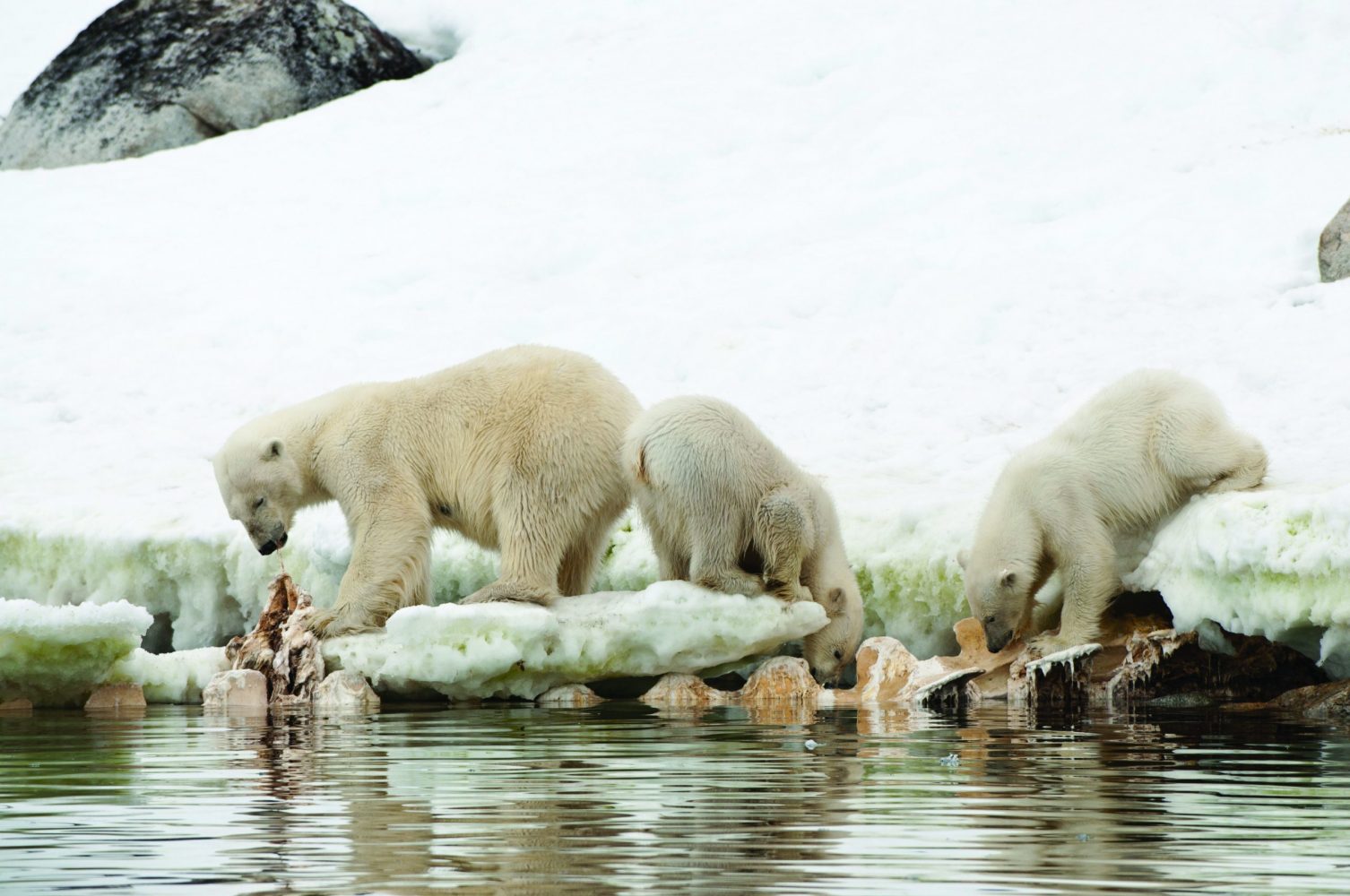 Not too far from where the family come to rest are the remains of a Fin whale. Frozen into the annual sea ice in the fall, it lies submerged along the shoreline. As many as twelve bears feed, digest and observe the others around them as they take turns feeding on the carcass.

Unable to leave her cub alone to feed, the female must wait to gather scraps when she has a chance. She will need to gather the equivalent of an average of one seal per week in order to keep herself going and ready for the harshness of the Arctic winter.  These photos were taken at the end of June; only the beginning of the tough times that will follow during a summer that is free of ice.

By the end of August, the snow and ice have been gone for some time and it will be many months still before it forms again, bringing with it the seals they will feed upon. 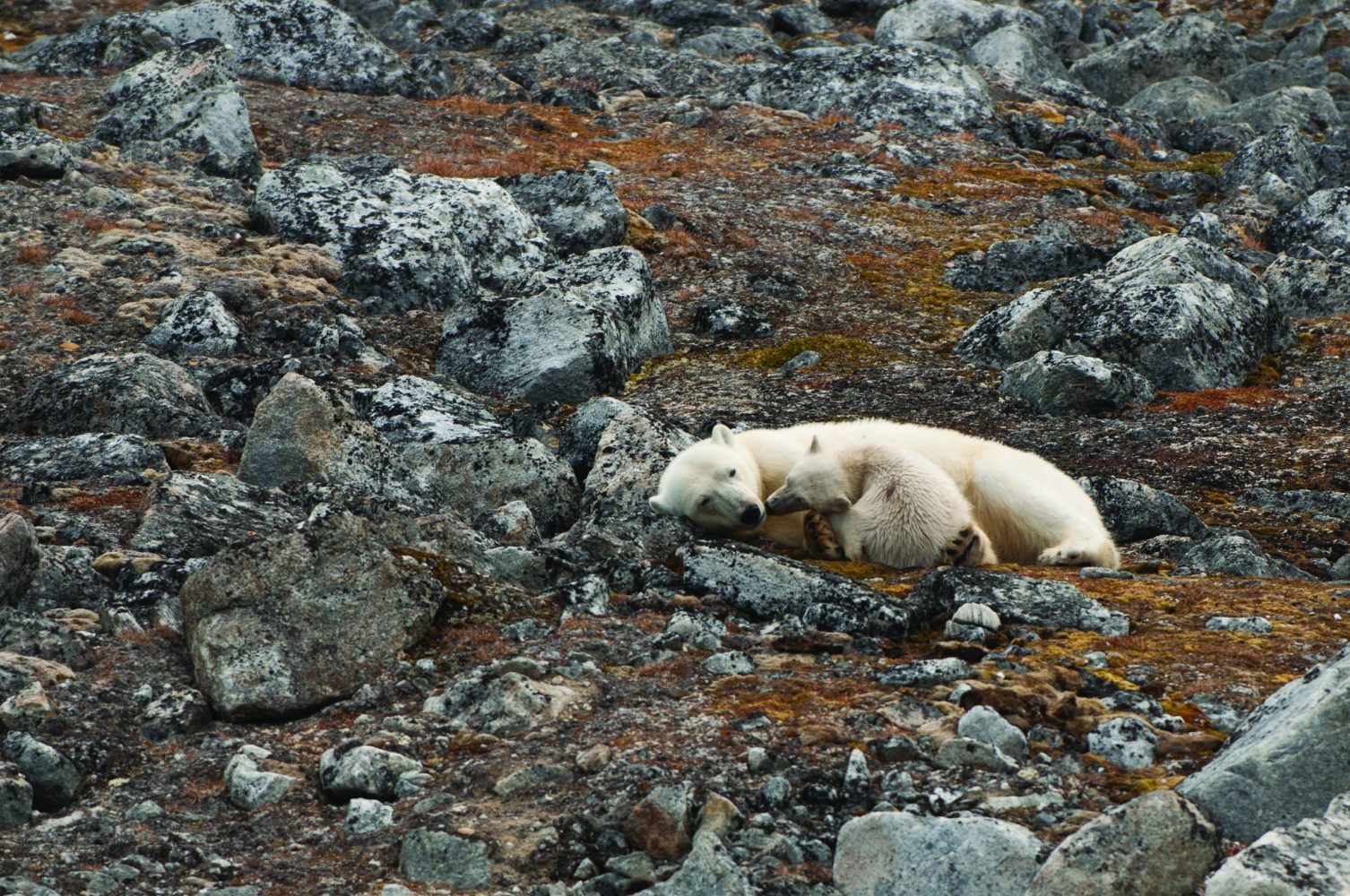 Polar Bear ABCs: Some 250–350,000 years ago, polar bears evolved from a group of brown bears that lived on a small group of islands in southeast Alaska, part of the Alexander Archipelago. These islands are known as the ABC islands; Admiralty, Baranof and Chichagof.

On its own for the first time, everything is new to the young polar bear. Forced to fend for itself, it will investigate everything as it navigates the fast ice along the front of glaciers while perfecting the art of hunting. No longer able to rely on its mother for the next meal, the coming year is key to its survival. In a continuous search for its next meal, some polar bears may go months between substantial feeding. In the meantime, birds, their eggs, carrion and even seaweed will be on the menu, as long as the energy used to attain it will not exceed that which is gained. 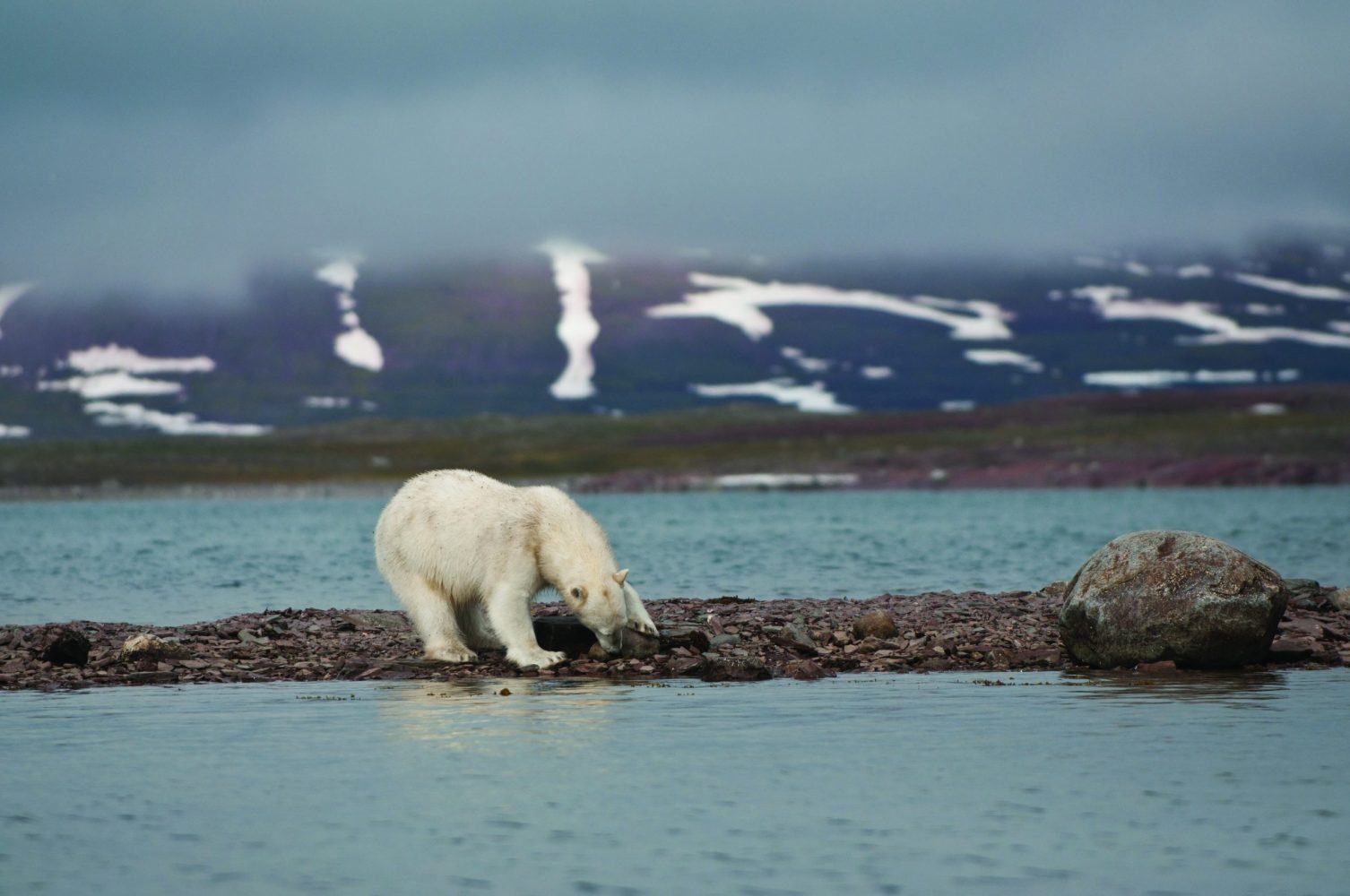 With no ice in sight, these strong swimmers will travel great distances in search of a meal. No stone will be left unturned when it comes to food.  If all goes well the young polar bears in these photos may wander thousands and thousands of kilometers a year for the next twenty-five to thirty years. Wherever the conditions are right to attract seals, along the fronts of glaciers or on the ice over shallower productive waters, you will find the polar bears. Each day, their existence is challenged by the harshness of the polar environment and the external pressures that are causing it to change. We know for sure that no matter what, they will continue to face those challenges in an attempt to survive. What we are yet to find out, is how long their environment will continue to produce the conditions that will make this possible.

• The most southerly population of polar bears in the world is in Canada.

• Churchill, Manitoba is known as the polar bear capital of the world.

• The Polar Bear is considered to be a marine mammal.

• Under a microscope, a polar bear’s fur is hollow. 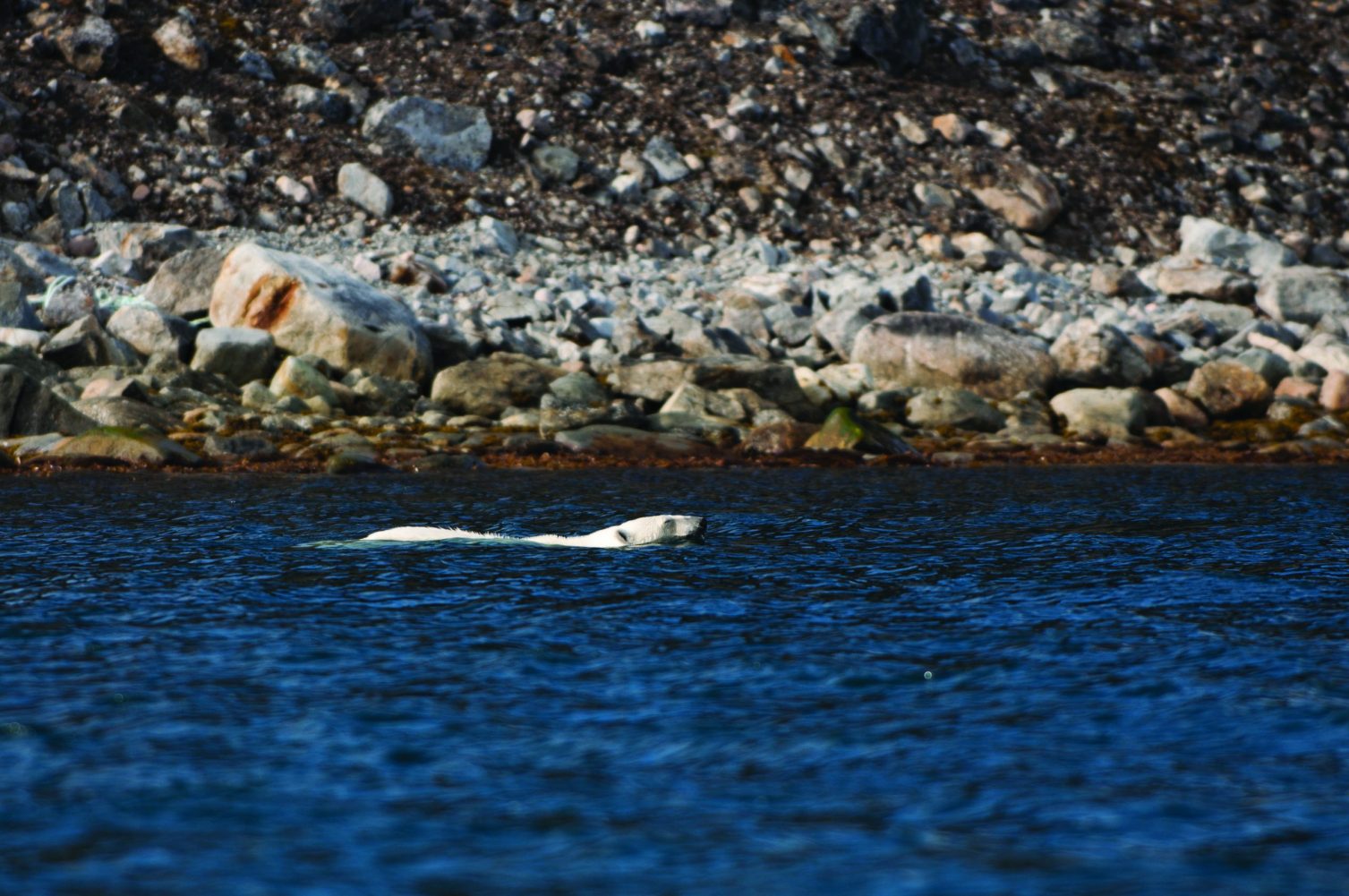