Award-winning Beringer Vineyards made its 2015 Private Reserve Napa Valley Cabernet Sauvignon available in Toronto, June 11, 2019, and the $220 bottle is sure to delight wine lovers.

The wine is aged for 20 months in hand-selected, custom-toasted barrels of French Nevers oak (85% new) before assemblage. Richly purple in colour, the wine opens with aromas of oak spice and dark black fruits, framed with chocolate mocha. “I associate that ripe, tropical fruit with that toastiness; it kind of reminds me of a toasted marshmallow. It has a confectionary note to it like burnt sugar or crème brule,” Mark Beringer, Chief Winemaker, says of the taste.

Beringer was in Toronto introduce the new wine to Canadian consumers. Though Mark is the great-great-grandson of Jacob Beringer, one of the founders of the winery in 1876, Mark entered the family business only later in life.

During college, Beringer was a music major, with a scholarship for jazz trumpet. But he soon realized it wasn’t his calling, and traded in orchestral notes, for wine tasting notes. Eventually, he took a class on winemaking, and discovered an aptitude for it. After additional courses in chemistry, and an enology degree from California State University in Fresno, he joined the wine business, working for uncles and cousins at Raymond Winery.

He became Vice President of Winemaking at Duckhorn, when the 1999 Duckhorn Napa Valley Cabernet Sauvignon became #6 Wine of the Year from Wine Spectator. In 2015 he joined the namesake company, Beringer Vineyards, realizing he had big shoes to fill. “Once I was thrust into it, then I realized the pressure not only the role of Beringer Chief Winemaker – which were the rockstars in the business – but I had the additional pressure of being 5th generation of the founder,” he says. “What if I failed? What if the scores of the wines came down? That was always a concern. There was a lot of pressure I put on myself. But now, four years into it, I feel a lot better.” 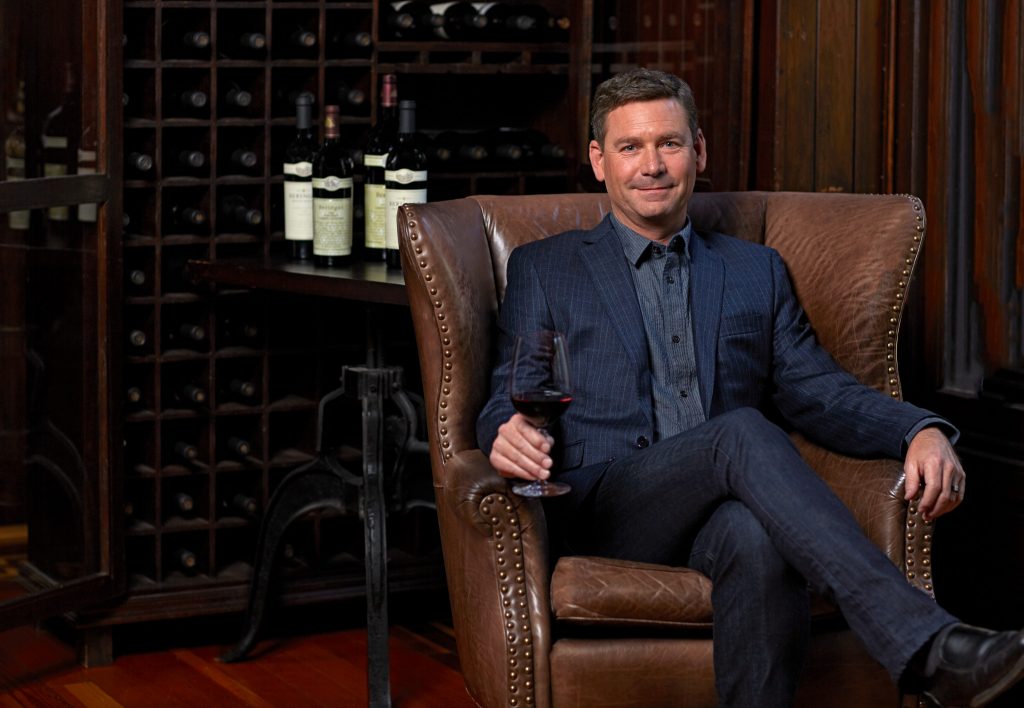 Certainly, he’s earned his place among connoisseurs enough to be invited as a judge on TV’s Chopped, and Top Chef: Canada. And while he has a leadership role in the company, he’s careful not to place too much of his own influence on the character of the wines.

“When you inherit a program that has the level of success that Beringer has, you are very careful not to screw it up… by really trying to change the style too much. They have a very established style and they are some of the most award winning wines around,” he says.

“It was essentially like becoming the head chef of a kitchen where everybody loves a specific dish, but at the same time, with small little steps, I want to evolve it into my style. I focus on the ageability and the acid profile, and making sure those are just right. There are some little subtle differences like wood fermentations that take it to the next level. You can’t be static. If you just keep doing it the same old way, eventually people get tired of the same thing.”

Napa Valley’s rich variety of grapes, he says, is the heart and soul of Beringer Vineyards’ success. “To be able to work with great fruit like that makes all the difference. You can’t make a great wine from crappy ingredients. You can’t be a chef and make a great meal from junk,” he notes. “You can make crappy wine out of great grapes. But you aren’t going to make a high end wine without starting with the best raw material. That dictates it all. From there, it’s a shepherding approach – guide it in the lines, but don’t push it somewhere.”