Johannesburg will leave you wanting more

Three rambunctious lion cubs were only too happy to have a new friend to play with.

I didn’t know what I was in for. Each the size of a four year old child, and just as energetic, they crawled all over me, nipped at my arms, grabbed on with their claws and turned me into a jungle gym. Harmless fun and perfectly safe (just keep them away from my neck, I was told.)

Five minutes later, muddy and a bit sore, I came out of the enclosure to realize this was a once in a lifetime experience. The photos and videos of me wrestling with these kittens – and more importantly the memories – are part of what made my trip to South Africa so wonderful.

This was at Lion and Safari Park, an outdoor emporium of free-roaming beasts, where guests can take a guided drive (in an open, but protected truck) to see up-close zebra, leopard, wildebeest, giraffe, wild dogs, cheetahs and lions. You could be ten feet from a grazing giraffe, or see a leopard bolt across the plains at top speed. 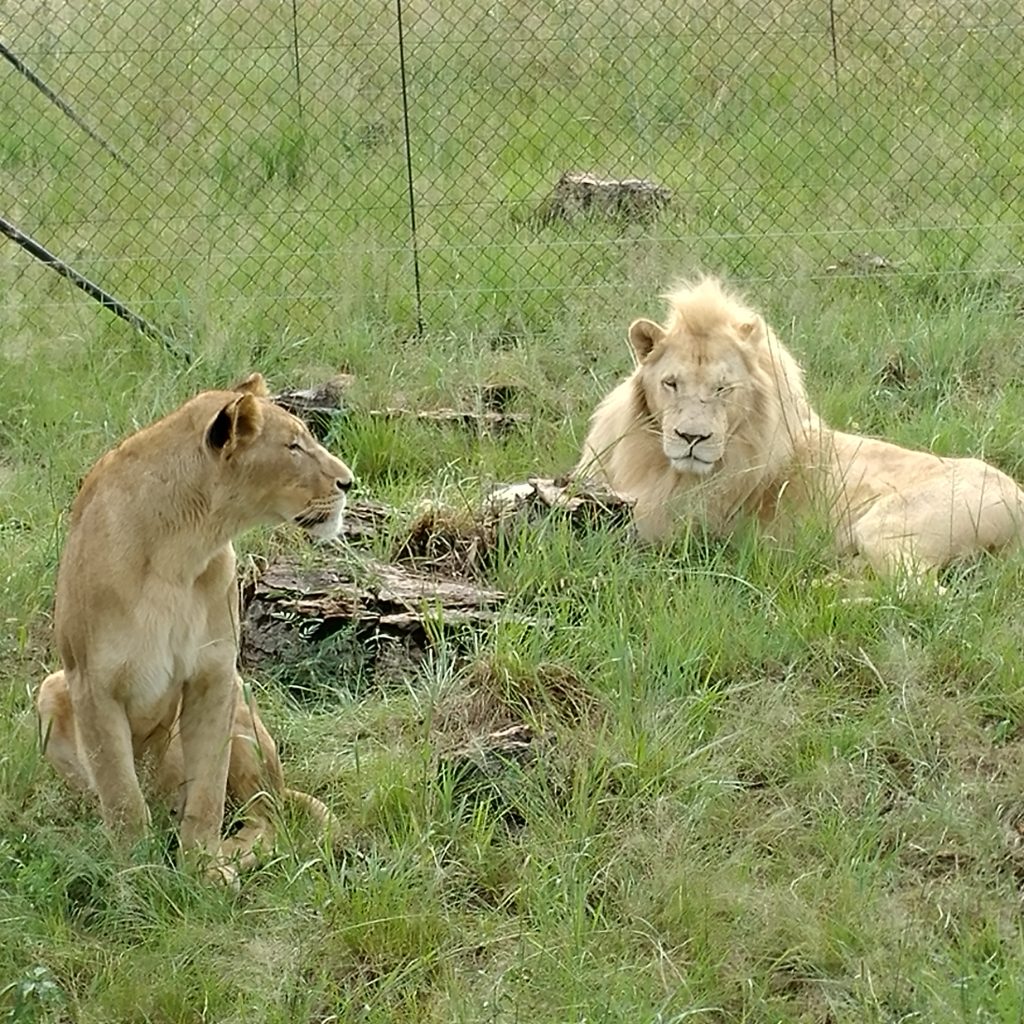 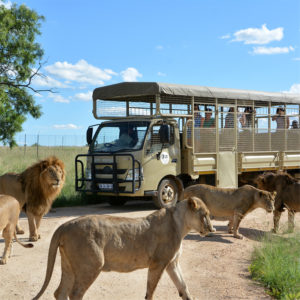 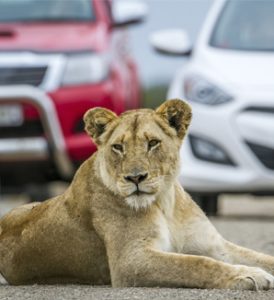 Constantly in 20-degree weather, it is neither too hot nor too cold in Johannesburg.

Naturally, you can Do-It-Yourself and bob from tour site to tour site on your own. But I’d recommend hiring a guide, who’ll take you where you want to go, for how long you want to, at your convenience.

You can book affordable custom excursions or follow any itinerary with Julio’s Tours and Safaris. Julio is quite the affable fellow, a great conversationalist, with a jovial sense of humour. Pepper him with questions about South Africa, as he’s a fount of information.

Just three hours out of Johannesburg is one of many famous safari areas, Pilanesberg Game Reserve. The famous Big Five reside here: rhinos, elephant, lions, Cape buffalo and leopard. With enough time and patience, enjoy seeing a myriad of other African creatures, like hyenas, zebras, monkeys, and the odd impala. The tiny monkeys, in fact, like to hop around the parking lot, too! Life is incomplete without a safari.

To get a feel for the indigenous population, pay a visit to the Lesedi Cultural Village, where the visitor has the chance to meet, and learn about, people of various ethnicities: Zulu, Xhosa, Pedi, Ndebele and Basotho. These are real tribespeople, not actors, who show their homesteads and huts, while discussing their culture, folklore, rituals and history. Find out why they wear what they wear, and sample some of their local fare, such as maize and dried worms. This is where I also found out how many cows is the price for a Xhosa bride: Nine! 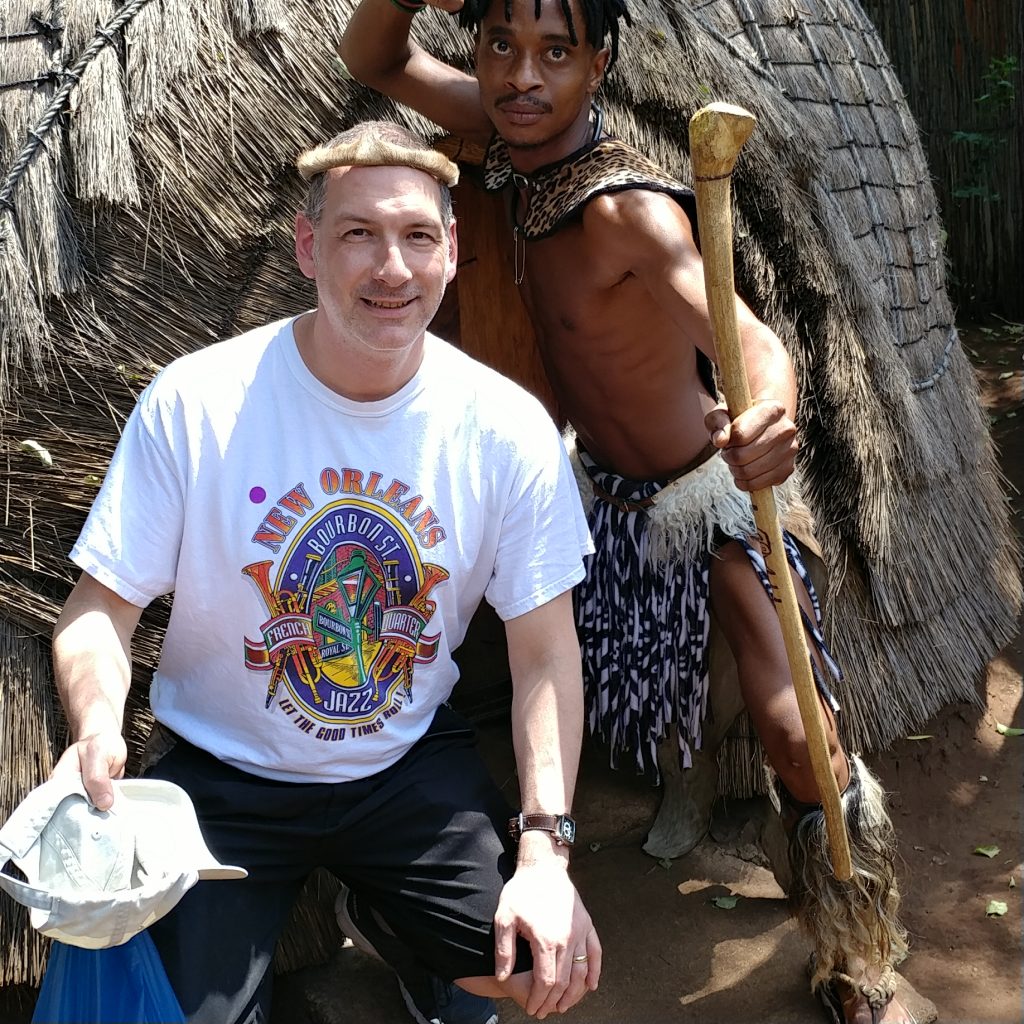 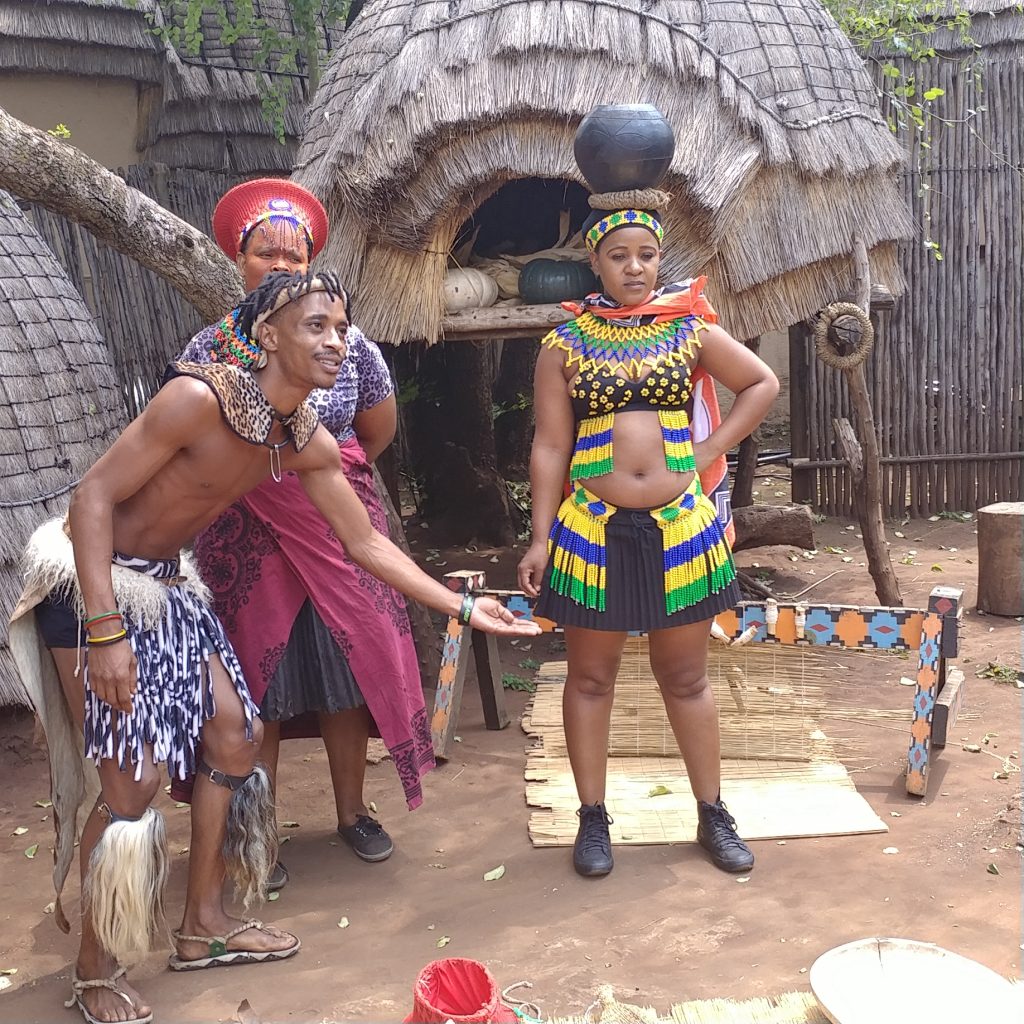 The tour culminates in a series of dances that display their rich cultural heritage, as well as some mighty legwork. Meals are extra, but for the adventurous, they offer crocodile, kudu (a kind of antelope indigenous to the region), and warthog. Should you wish to stay overnight in the village, there’s a tribal hut waiting for you, and a wake-up call from the maskanda guitar.

One cannot visit Johannesburg without some time dedicated to its recent past and struggles.

The lachrymose and evil history of the country’s racism and discrimination is chronicled at the Apartheid Museum. Through multimedia of video and photographs, learn how the policy of brutal segregation became more and more entrenched during the twentieth century. The painful era is shown through items like a police wagon and prison cells, but an entire exhibit is dedicated to the life of Nelson Mandela, reconciliation, and the hope for the future. 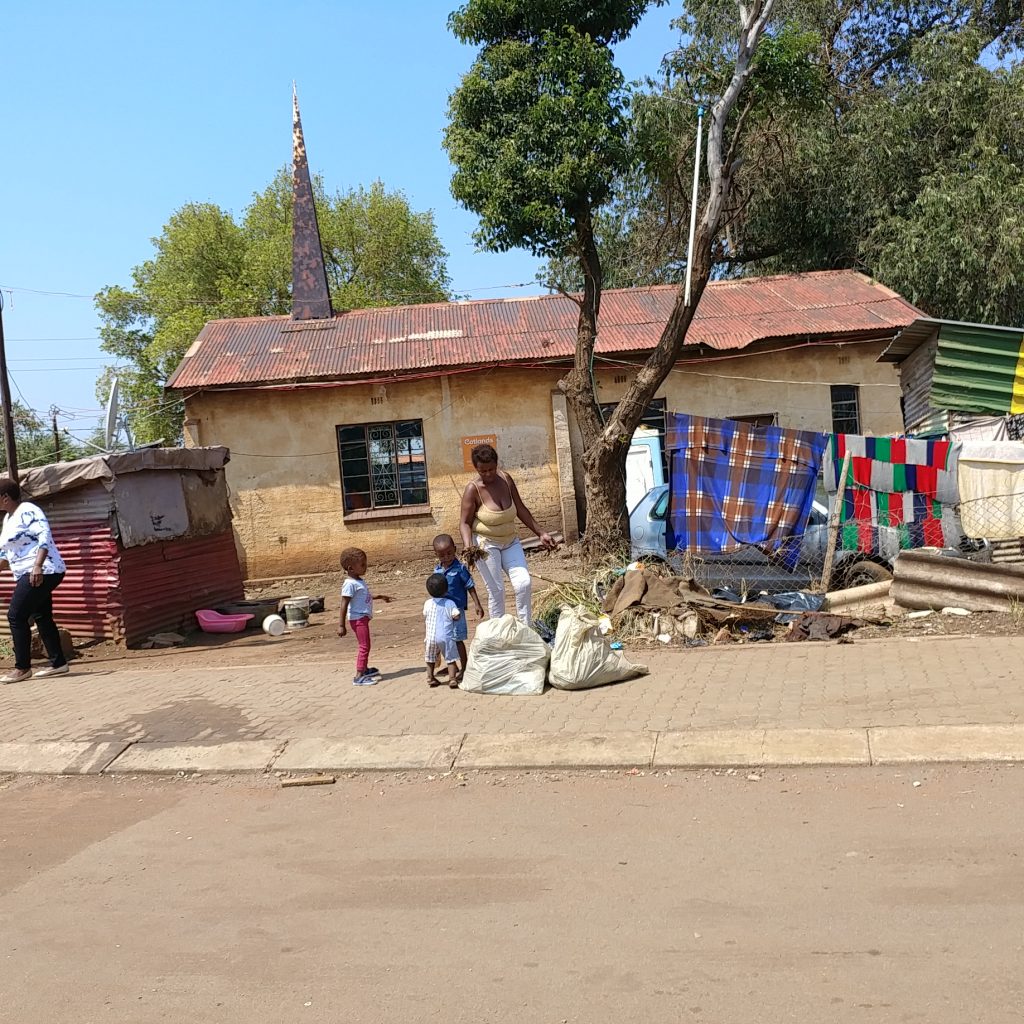 Meanwhile, Constitutional Hill – where the Supreme Court is today – at one time was part of the extensive prison that held thousands of men and women, often convicted for capricious reasons.

The visitor learns of the little food inmates were provided, how little hygiene they were permitted, and various cruel punishments, during an era still fresh in the minds of many South Africans.

At Maboneng in Johannesburg, row upon row of street merchants as well as boutique shops peddle locally-made wares. It is where I bought my wife a head scarf, and a handmade bead necklace. Sit on a bench and have fresh made Ethiopian coffee. If timed right, you can catch a nearby street performance of tribal dance.

The warehouse-filled Rosebank Flea Market, and Rosebank Crafts Market, is a one stop shop for all souvenir needs. So whether you want tchotchkes, spices, or clothing; or local organic honeys, cured meats, or treats – this is the place.

At roadside shops in Hartbeespoordam, I bought a leather belt made from kudu hide, and tasted  marula fruit, plucked fresh from the tree. It’s reminiscent of sour plum, and is fermented to make that famous cream liqueur, Amarula.

Do try biltong, a delicacy comprised of dried seasoned meat strips. It’s like beef jerky, only tougher, less sweet, and less processed. If you can’t sniff out exotic versions in the city, the airport has a large section of biltong made from kudu, impala, and springbok. 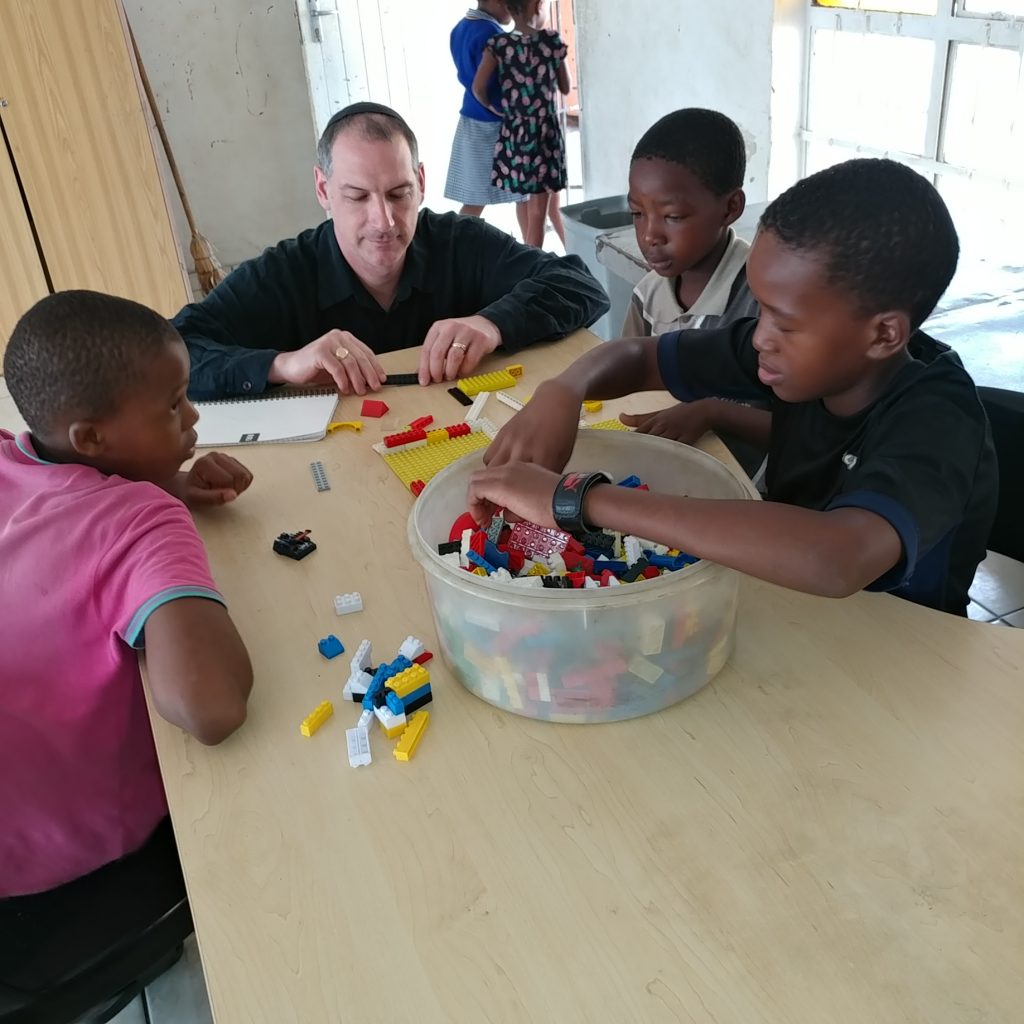 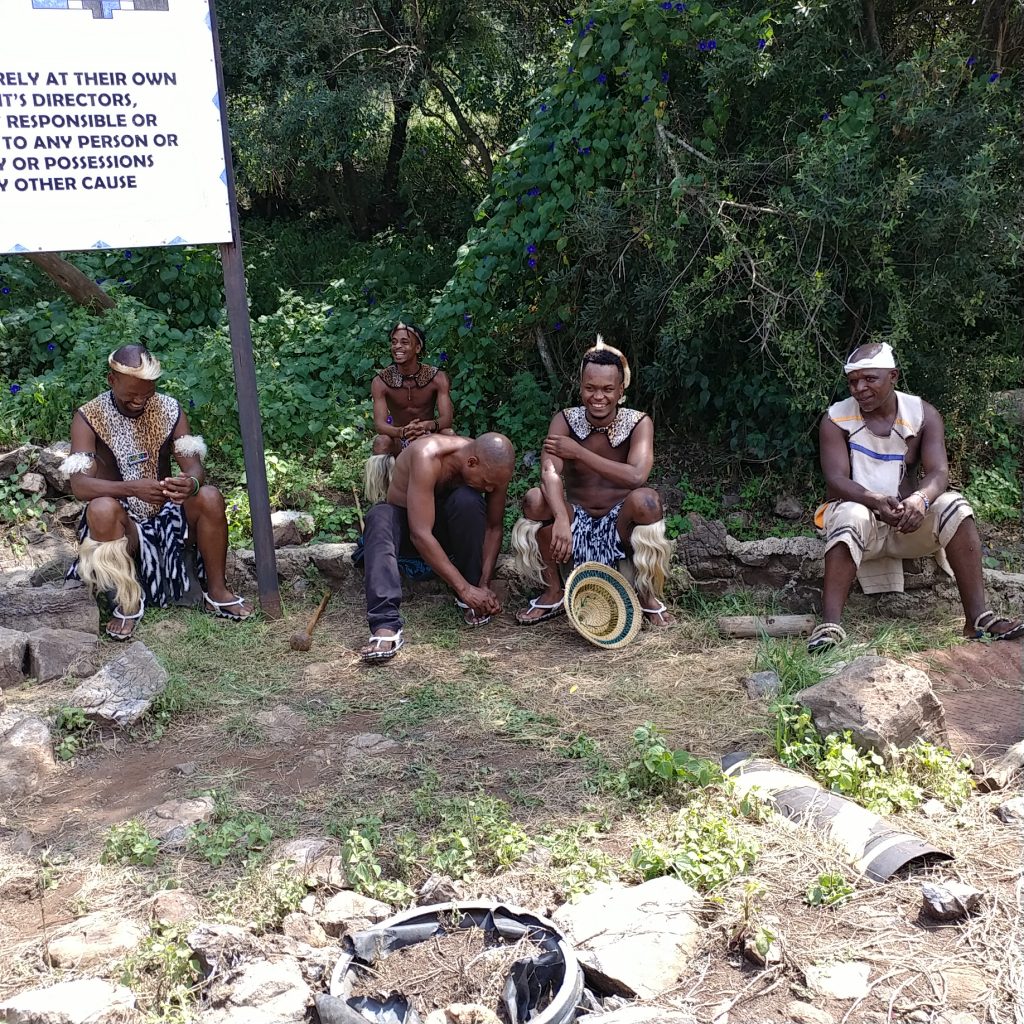 In centrally-located Johannesburg, top-tier accommodations can be found at Genesis All-Suite Hotel, which has won a slew of awards from TripAdvisor and Booking.com.

The cool factor is that it isn’t merely a hotel; rather, it is more like an apartment. It’s a real treat to have a fully-equipped kitchen, seating area, furnished living room area, on top of four star rooms. It definitely has that spacious “home feel” to it. Their staff and support team, suffice it to say, are attentive and cheerful.

The hotel itself has two eating establishments: The Genesis Bistro, and the Fairmount Bar and Lounge, both upscale, with large enough menus to keep coming back for something new each time. Both available through room service.

To unwind, take in their fitness centre or pool, or stroll around the hotel plaza, which has two supermarkets, a bagel restaurant (Bagel Zone), Seattle coffee shop, and about a dozen other shops.

As a bonus, North American consumers might also enjoy the fact that our currency is stronger (it’s 10 Rand to the $1CDN) and most food items there are about thirty per cent cheaper.

The safaris, the history, the people, the food, customs and traditions are all good reasons to visit Johannesburg. 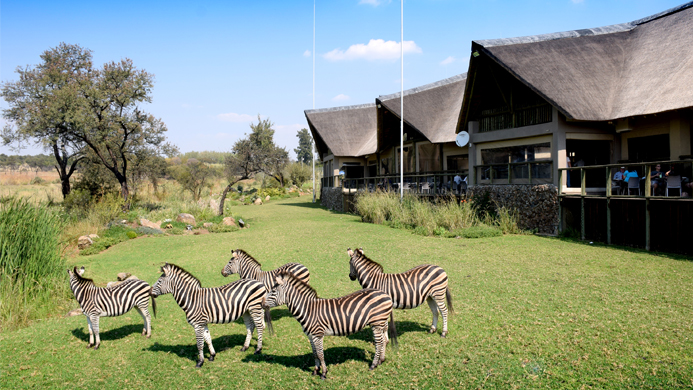 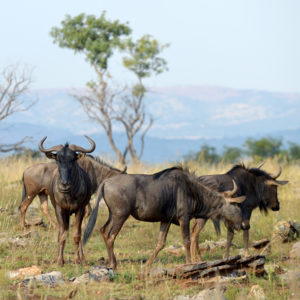