Did you know your Laundry is toxic?

These laundry monsters represent reality. Together, we can #fixtoxiclaundry

We have a big problem. Our tap water is being contaminated every single day.

The laundry that we do every single day is the cause! 94% of American tap water contains invisible plastic fibers.

Tiny plastic fibers in our clothing – polyester, nylon, spandex to name a few – escape every time we do our laundry, and come right back into the water we drink because they’re too small to be captured by wastewater treatment centers.

Despite that, not even the most eco-friendly washing machine companies have come up with a solution.

I first learned about toxic laundry at a retreat hosted by the National Academy of Sciences. Professor Slakey, a lecturer from Georgetown University in Washington DC, talked about a team of young students he was mentoring that was so bothered by what they had learned that they designed a Fiber Filter capable of capturing invisible pieces of plastic in our water. 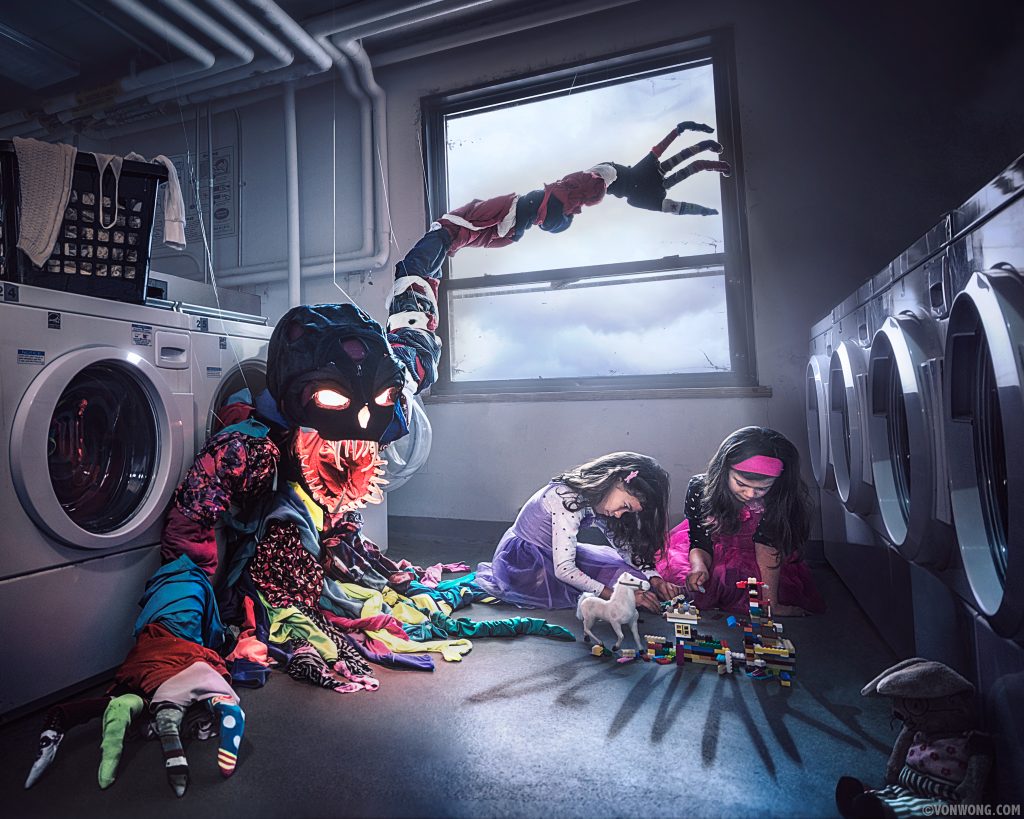 I was blown away that kids were trying to solve a global problem that I hadn’t even heard about and offered to help them raise awareness for the issue. A few conversations later, I hopped onto a plane to DC to try and tackle this newly discovered threat. While in DC, I soaked in more sobering facts from the students. I learned that by 2025, the world’s synthetic fiber production will double – so too will the amount of microfibers in our water supply. And it’s not just about avoiding tap water… it’s also starting to infiltrate our salt and beer. The worst part was that there was no solution. Very few companies were taking responsibility, and all the consumer could do was support initiatives like the Fiber Filter, Cora Ball or Guppy Friend. Despite the many awareness campaigns explaining the problem, none offered a large scale solution.

Convincing wastewater treatment centers around the country seemed too daunting, government legislation would take forever and controlling all synthetic fiber manufacturing was completely unrealistic. What seemed realistic though was challenging environmentally conscious corporations positioned to make a difference.  All we had to do was attract their attention and ask them to #FixToxicLaundry.

There’s only one thing left to do: For you to join the movement and challenge them to see which one replies first. I truly believe that if consumers care, corporations will react and that together, we can come together and make a difference.

The project started off extremely simple.

We first started with tentacles that were designed by Lee Deslisle, a local volunteer with a background in costume design. They were made out of recycled cardboard, wire and fishing line. They were then dressed up in used clothing supplied by Goodwill DC and an independent clothing drive organized by Carrie, one of our volunteers. The structures were supported with Avenger C-stands and Manfrotto Flex Arms.

Over the course of ten days, we transformed what used to be a biology lab into a full-fledged monster assembly line.

The three students, (Left to right), Jaime, Lola, and Carter, juggled finals, their fiber filter research and our photoshoot to help bring the project to life.

After many days of trial, error, and iteration our final designs started to emerge with inspirations drawn from the anglerfish (designed by Lola), the creepy tendrils from Stranger Things, and some simple snakes.

The sets took hours to design as we had to line up the tentacles perfectly in the camera so that they would look perfect.

Small flashes were placed inside various monsters to give them the eerie glow that would bring them to life. 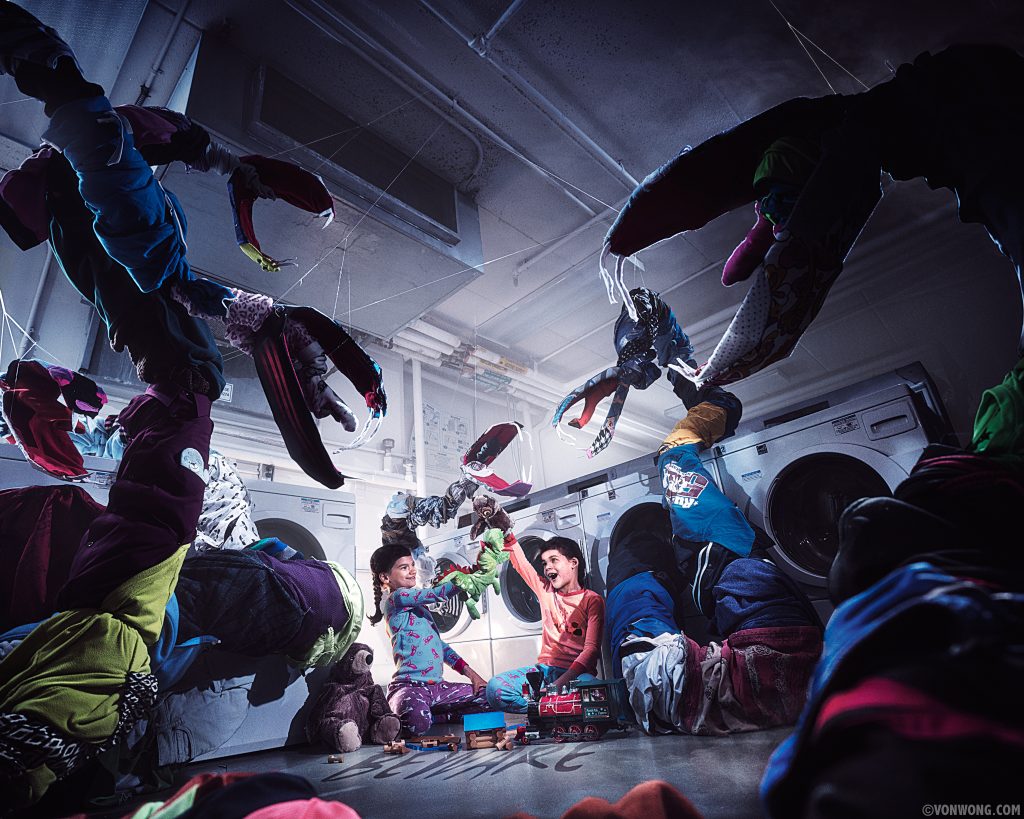 We borrowed a small pocket projector, clamped it to the ceiling and projected the words BEWARE onto the floor so that the warning would be more obvious to the corporations we were challenging.

Cotton balls were dipped in red food coloring, torn up and glued to wire that created the creepy veins that we needed.

And in a lovely twist of events, Zaida and Kinley who came to model the unsuspecting victims were the daughters of Professor Slakey – the person who introduced me to the whole project in the first place.

Over the course of the week, over 30 volunteers came and volunteered day and night to bring this project to life.

Now that the entire project is done, only one thing remains for us to do:

Spread the word as far and wide as possible…#fixtoxiclaundry

“ I truly believe that if consumers care, corporations will react and that together, we can come together and make a difference”.

See behind the scenes at www.toxiclaundry.com