A certain kind of refuge

A soft warm glow creates an atmosphere of silhouettes. An earthy scent lingers. The palpable heat of the room rises as moisture drips from outstretched limbs and beads form on your upper lip. You inhale deeply and release an audible sigh. There is a sense of synchronous movement as the crowd sways to an inner beat. This is no rave or nightclub scene and while there is a subtle sense of celebration, the overall feeling is one of respite. The neutral textures and colors, and gentle shapes create a safety, an ambience enhanced by carefully planned sensory experiences and surroundings that encourage an inward journey. 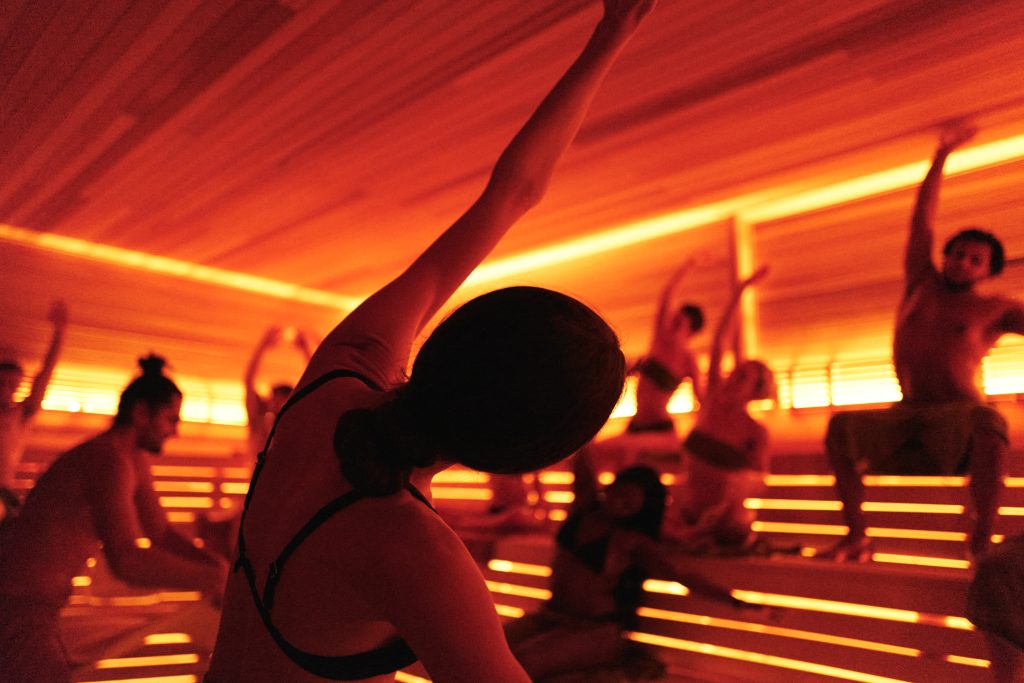 This is Othership, an oasis that didn’t just appear at 425 Adelaide Street West, in Toronto, fully formed. It evolved gradually during a difficult time when five individuals began to offer a reprieve from stress and an opportunity to connect with others to their friends and family in 2020, during the early days of the pandemic. It didn’t take long for the word to spread, and as the demand began to rise, the group created a trial space in a detached garage. They soon realized that a permanent situation would be more than feasible. People needed this: a certain kind of refuge, a setting for inner seeking, and an alternative to the loud, mind-numbing social scene that urban night life usually offered. 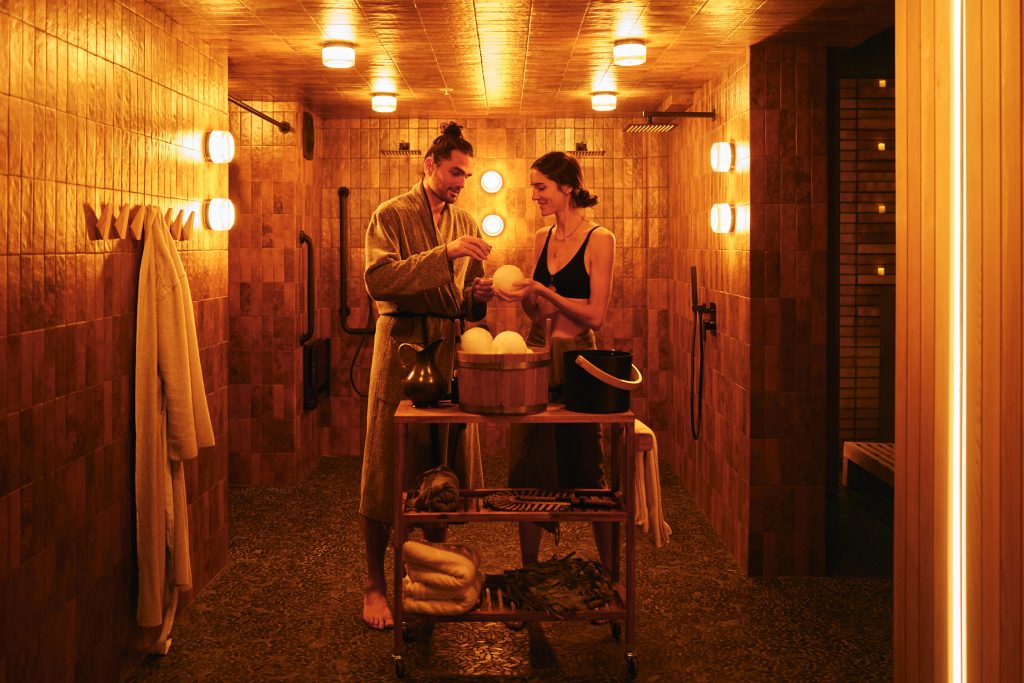 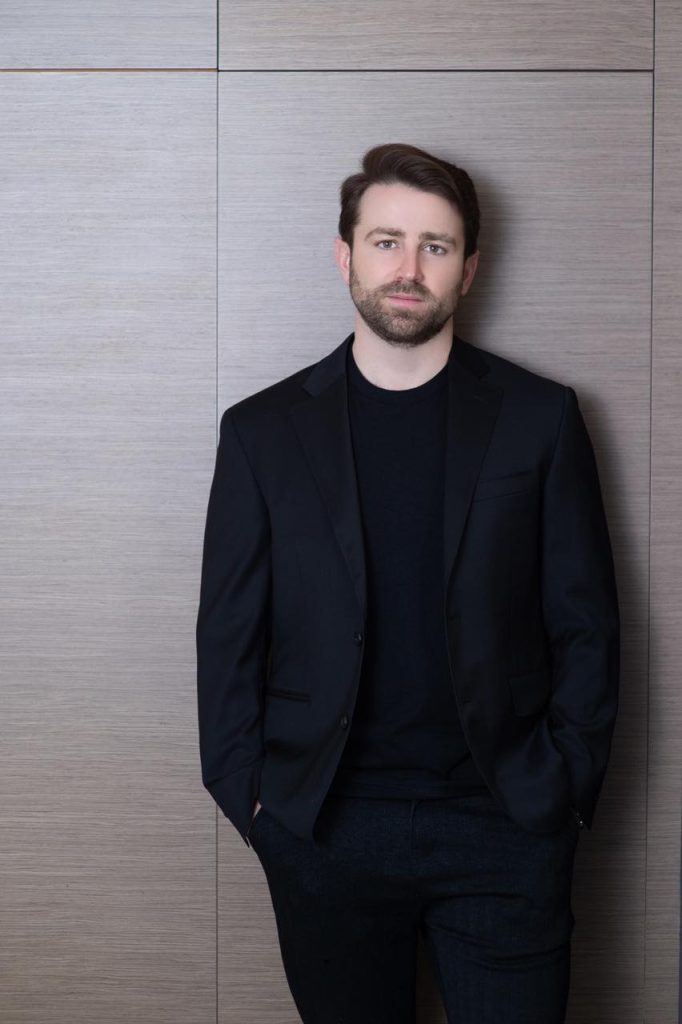 Entrepreneur – perhaps that title stirs vague notions of someone who gets the money on the table, runs the show, takes the risks, and and calls the shots. A dictionary definition basically agrees, but Merriam Webster suggests that there’s an additional connotation of farsightedness and innovation that is sometimes associated with the title; this aspect of the definition definitely applies to Myles. His first venture was in real estate when he was still attending the University of Western Ontario where he earned a bachelor’s degree in Management and Organizational Studies with a specialization in finance. At age 23, he became a Tim Hortons franchisee, earning multiple awards for exceptional growth and expanding to seven locations. He went on to open some of Toronto’s most well-known and successful restaurants and nightclubs. His illustrious career also includes co-founding the award-winning Blue Door Communications, a hospitality-focused PR firm. 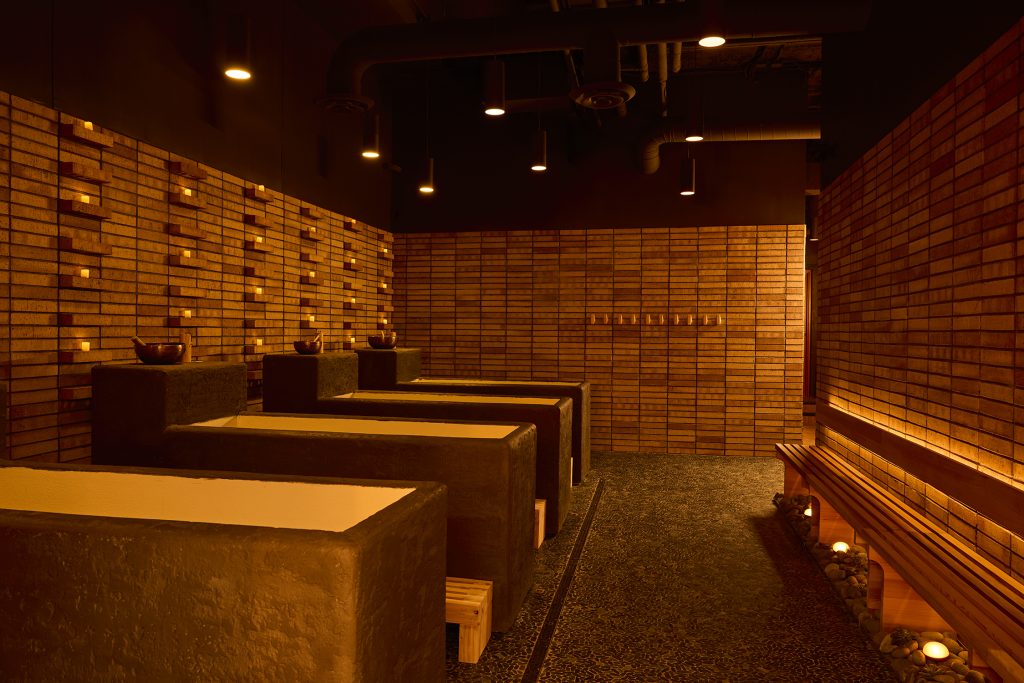 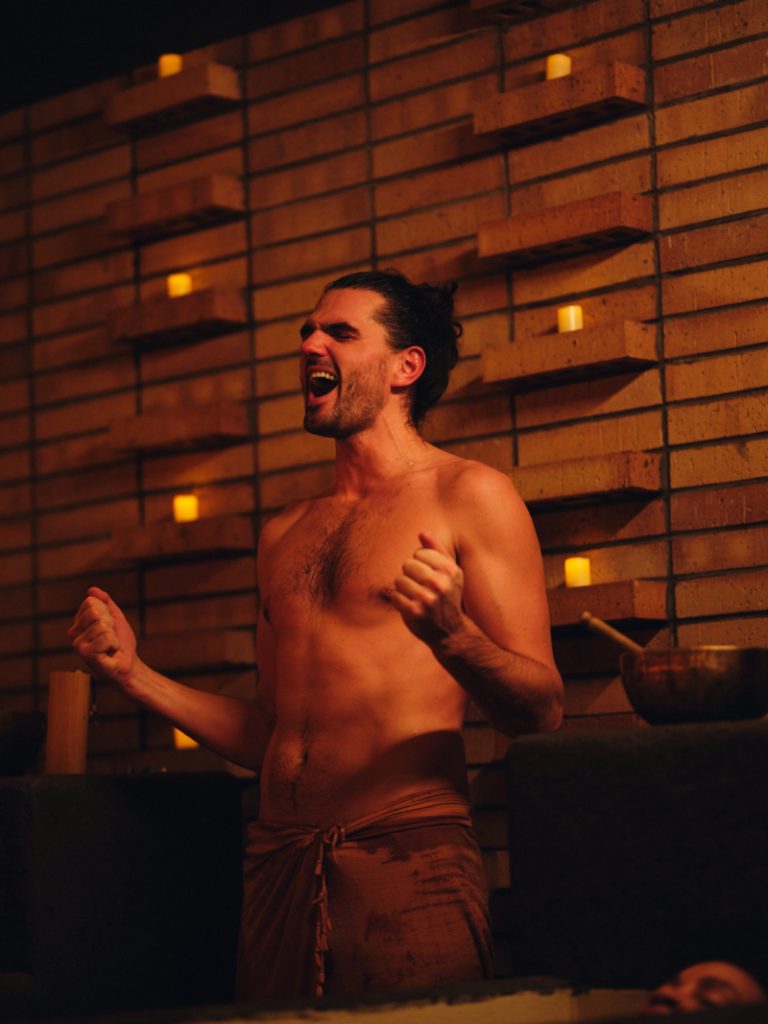 At that time in his career, his professional life was flourishing but there were obstacles in other areas that could not be ignored. Myles realized that the energy he was expending for the lifestyle that he was leading no longer aligned with his values. He wanted to start spending more time on his own development. This new journey would be a very personal one and it would result in an inner transformation that would influence all areas of his life. It would be so monumental that he would be inspired to share it with others. 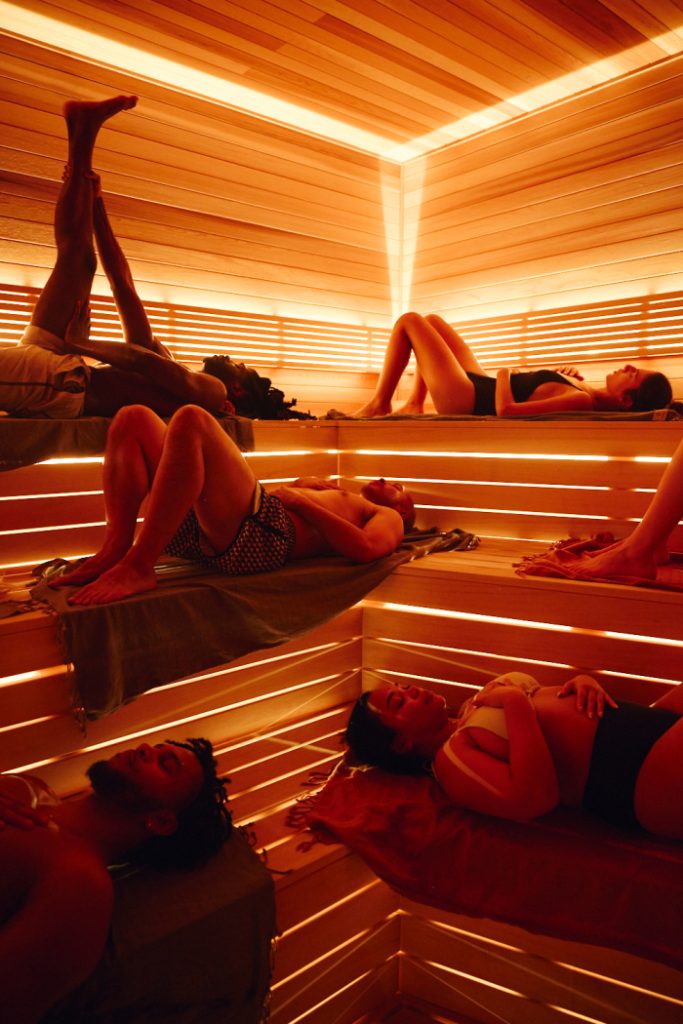 When Myles began to visit bathhouses for hot and cold therapy, he began to observe shifts in his own health and wellness. He noticed how other people were benefitting, as well: there were the obvious and intense physical, emotional and mental benefits, but these environments also allowed people to  disengage from technology and practice the ability to remain fully present. This sense of deep connection and engagement with life was enhanced by the remarkable social interactions in these settings. The importance and impact of those experiences became clear. Myles began to dream of promoting and facilitating a unique opportunity for authentic healthy connections and healing. The result is a first-of-its-kind concept: Othership, a place of belonging that helps us shift our state of mind while simultaneously creating a bridge to connect with others. 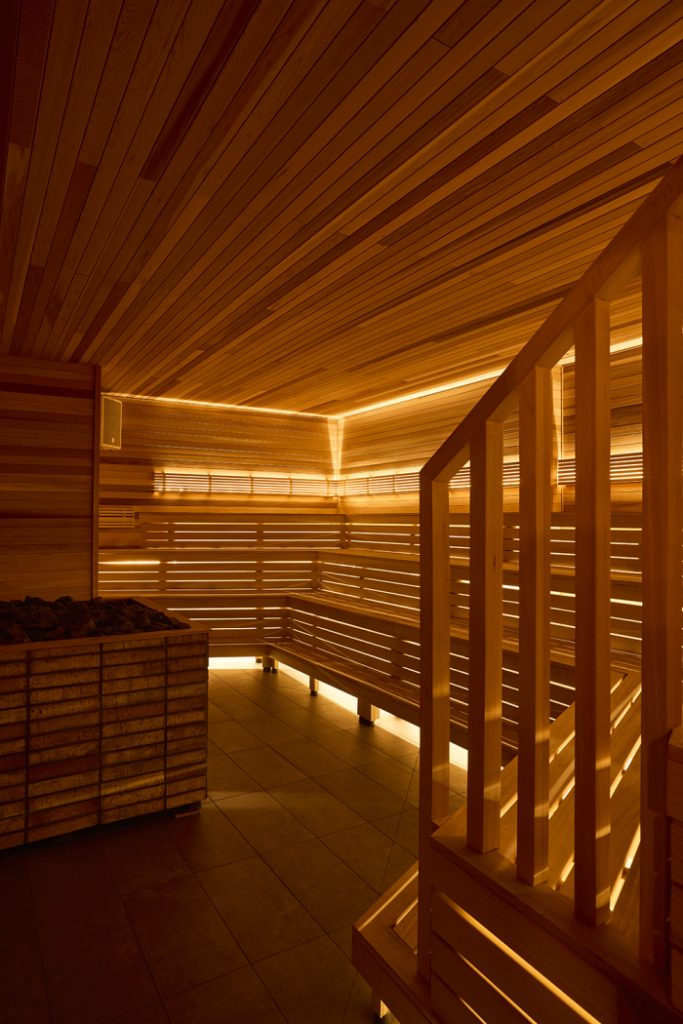 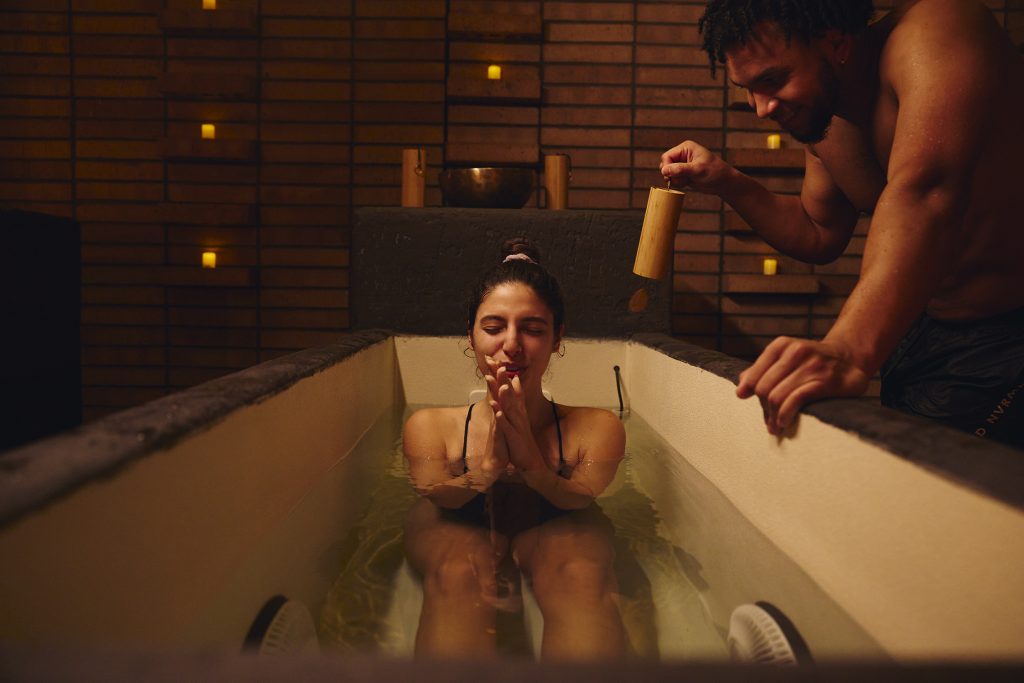 Occupying both a physical and a digital space, Othership is designed to help you shift your state of mind in healthy, sustainable, transformative ways while tailoring your personal journey to your needs. The digital space supports you as you maintain your practice in daily life. Through an app, you can be guided by top facilitators in over 500 classes. The app also includes lots of extras like soundscapes, progress tracking and more. The physical space on Adelaide West occupies 3000 square feet and includes a 50 person custom sauna for group programming and performance, 4 private ice baths, and a substantial, alcohol-free tea room. 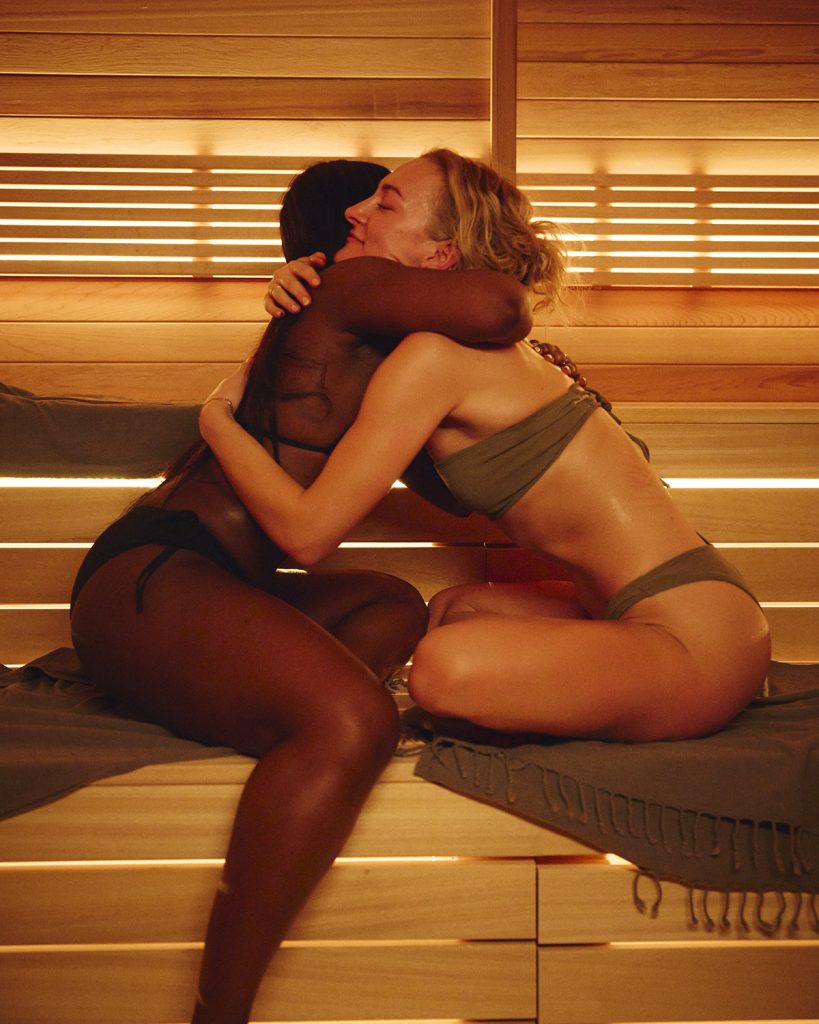 While it’s a long way from late nights in the hospitality industry and the fast pace of the finance world, Myles is certainly no stranger in these calming, captivating spaces hidden away behind the Othership doors. Although his business attire has changed somewhat, it seems appropriate for his new mission: to offer restoration, resilience and relationship to a world in dire need of an emotional antidote. 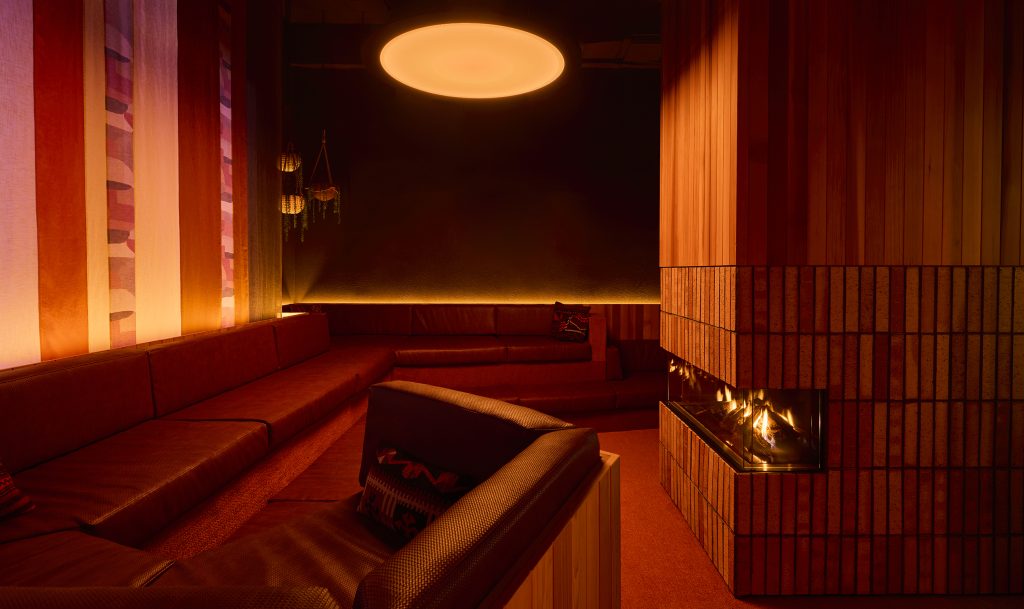 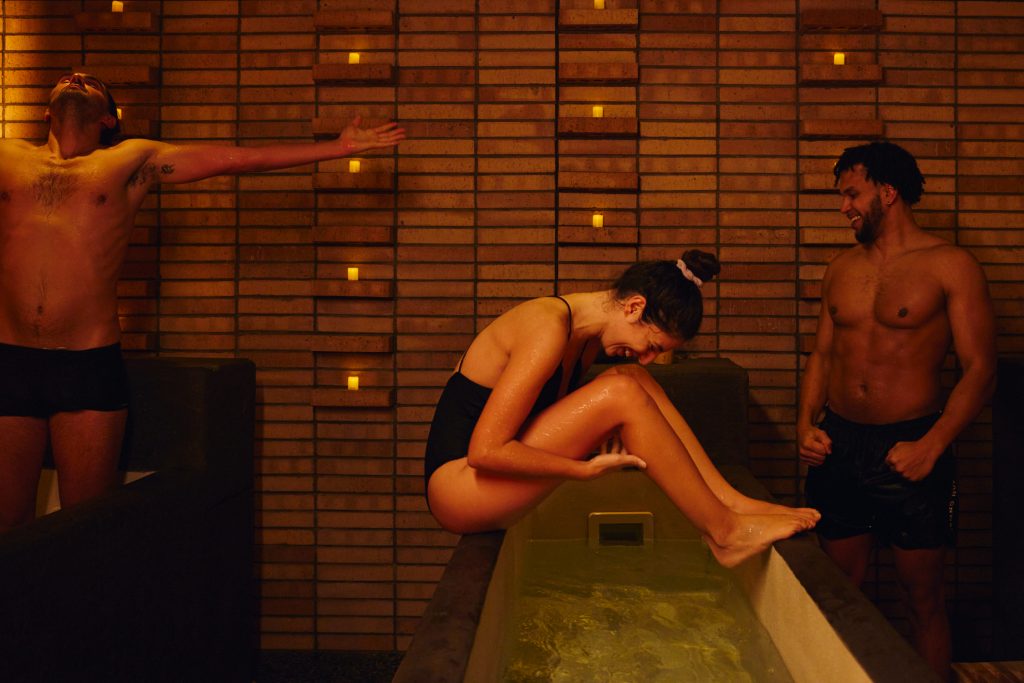