Has it already been twenty-six years since we first heard “If I Had a Million Dollars,” and “Be My Yoko Ono”?  It was early 1992, and Toronto-based Barenaked Ladies’ first label recording, Gordon, was released. From it, also spawned classics “Enid,” “Grade 9” and “Brian Wilson.” It didn’t take much time for rock band superstardom to follow, particularly after the next series of hits “One Week,” and “Pinch Me,” and a string of infectious melodies emanating from a dozen albums to come over the next seventeen years.  It’s been said that frontman Steven Page, who began the group with childhood chum Ed Robertson, wrote — or contributed to — 97 out of the 113 original Barenaked Ladies tunes.

Page has pursued a divergent path. Beginning with a split from the band — hastened by his much-publicized cocaine bust — he has carved out a solo musical career, while, in the past few years, candidly speaking to a variety of audiences about his battle with mental health issues.

Page discusses performance, perfectionism, police, Prince, and the possibility of being punk’d — and how these life events have shaped him. And appropriate for PIE Digest’s Mental Health issue, he also dabbles in psychiatry, pills, and staying positive. 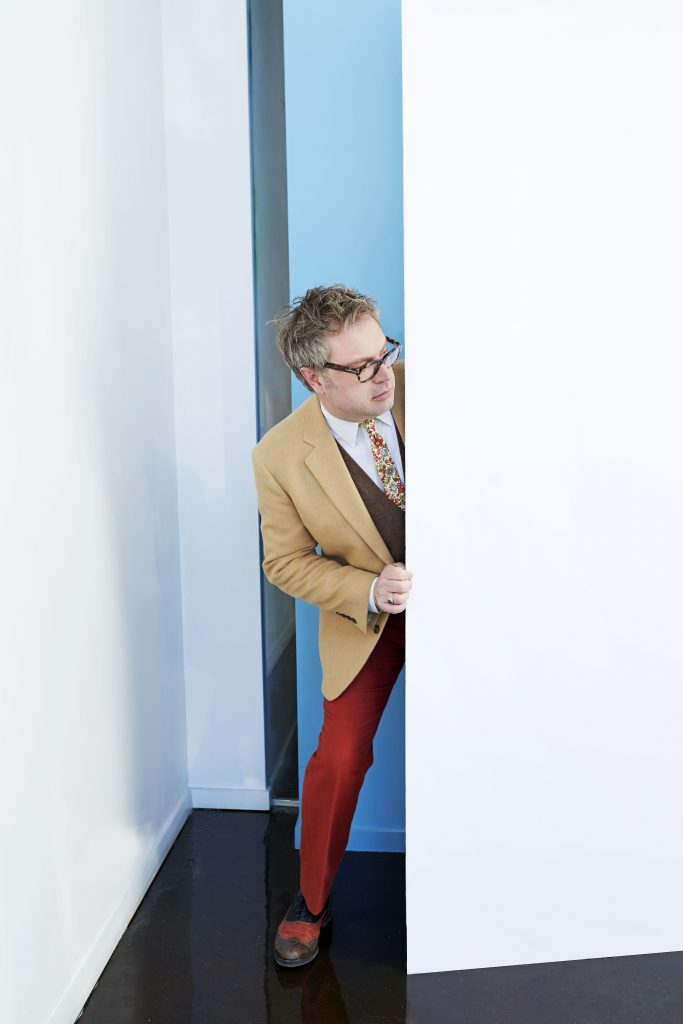 How does it feel to have wrapped up “Heal Thyself,” the new album?

Steven: Now it feels like a total relief. You know, in the weeks coming up to its release I was in full panic mode, ‘cause it’s hard to let go of something that you’ve been working on. Especially this one. I’ve been working on it for a long time. You spend all your time kind of obsessing over it, and massaging it and fixing it and redoing parts. I learned a long time ago not to over-produce something so it just gets slick. But for me it was actually just a matter of trying to get what I heard in my head, coming out of the speakers. And that takes some tweaking. But it can lead to some pretty obsessive behaviour as well. I had thought “is this going to get ignored? Is everybody going to hate it, or not going to understand it the way it was meant? Did I do my job properly?” And then it’s out there. And you can’t control it anymore.

But, you’ve never made anything that anybody’s hated? Have you?

Steven: No, I don’t think so. But you know, I think most artists have those conversations in their heads. You know, they write their own worst reviews, before it’s actually released. But the wonderful thing is, people have been so positive about this record, in a kind of shockingly, exorbitant way. It’s out of my studio and actually in front of people, and sharing it. It’s really a nice feeling.

What are trying to say with the new album?

Steven: One of the things that I’ve struggled with a lot over the last twenty years has been: what is the value of what I do for a living? Am I creating a product people may or may not buy? Am I expressing myself, and if I am, who cares? Why would anyone want to listen to me? So all those kinds of struggles, I think a lot of artists ask themselves, especially when art is becoming more devalued. So it’s like, where do we fit? t the end of the day, the record becomes all about finding humility. I’m exploring my own foibles. I think anybody else of my age comes to a point where your kids get older, your parents get older, and obviously, you do too. And you can’t fix everything, and you can’t be responsible for everything, but you can at least find some peace in what our contribution is.

And that is, thus Healing Thyself?

Steven: Exactly. With that title also you know it’s both sincere and ironic at the same time. You know it obviously comes from “physician, heal thyself” which you know is a biblical quote from Jesus. It means don’t judge anybody else until you fix our own self. But, when you take it out of context, it sounds ridiculously snarky. In Jesus Christ Superstar, “heal yourselves, heal yourselves” he says to the lepers. I thought that was kind of a funny dual meaning. But also, it’s that sincere personal side.

I want to veer somewhat into the darker side of things. You’ve spoken a lot about your bout with mental illness, too many audiences over the course of many years. How, over time, has your perspective changed in your struggles?

Steven: I think the biggest change for me is just that I’ve learned to lose the romance. I think it’s pretty easy when you’re in the arts to romanticize, especially depression, and anxiety, neurosis. I mean a lot of my favourite filmmakers and musicians and artists have multiple lives, and most of those are marked by anguish and mental health struggles. I’ve realized over the years that when I’ve struggled the most, I’ve been the least productive and the least creative. The hard times have given me perspective. Sometimes it has given me an angle to write about because I’m able to step back when I’m in a better place and assess it, and write about it and think about it. I’ve learned to take it more seriously and learned to try to take care of myself. Where before, I think I would just let it go because it seemed almost acceptable to me. You know, we always see these images of the symphony conductor throwing a tantrum on the back of the stage. And that would be completely unacceptable if your band did it. It’s not that different. How you treat other people, the fallout from your behaviour, how your illness influences you, is serious. 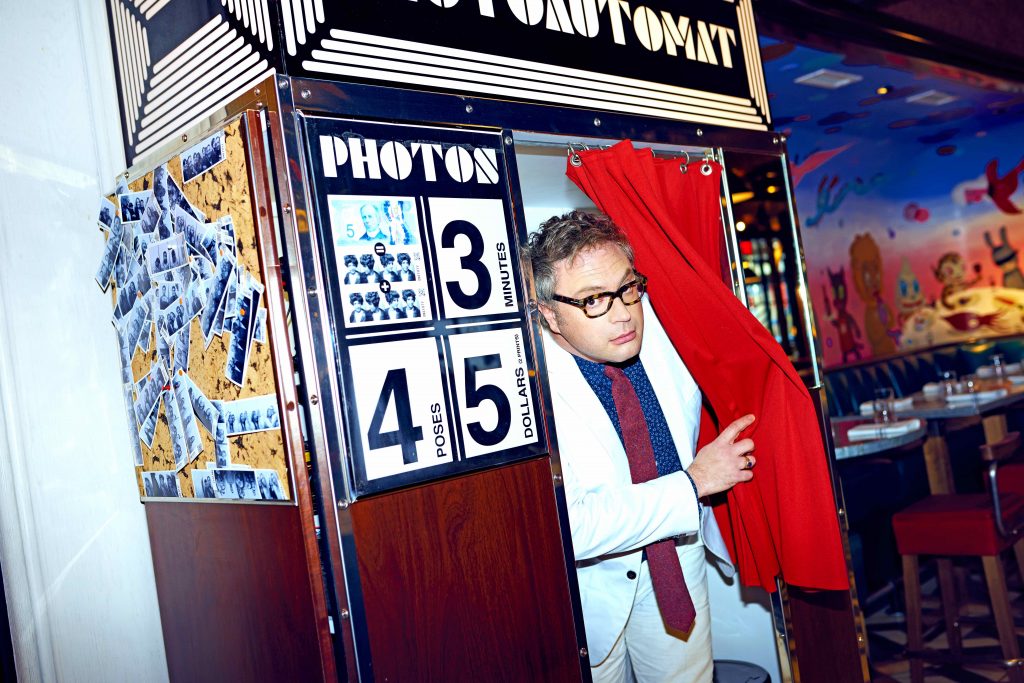 Sometimes, people are frightened to seek help. They’re not sure if the help they get is going to help.

Steven: I think what people are afraid of is medication, and I don’t blame them. You know nobody wants to be on anti-depressants for the rest of their lives. And if it’s the wrong medication then it can totally mess you up. I mean it’ll make you sleepy, it’ll make you sad. You can never have another orgasm again, like all these horrible things. Yeah, there are all kinds of side effects to this stuff. And the biggest problem frankly is that most people get their prescriptions from their family doctors. And they get one prescription, because the family doctors say, “this one seems to work the most” or ‘“haven’t heard any complaints.” You have to able to go back and keep working until you find the right dosage, the right medication, the right cocktail of medications. The person who can prescribe should be a specialist and a psychiatrist.  So what you end up doing is you get this one prescription, and it makes you feel bad, or it makes you temporary feel better after a couple of months, and you go, “okay I’m better now,” and you stop taking it. I hear this all the time from people and I did it myself for years. You don’t follow up, you don’t follow through.  Depending on what their mental health struggles are, there are therapeutic talk therapies that don’t involve any medications at all. I work with a therapist who practices CBT, Cognitive Behavioural Therapy, and it basically challenges your ingrained assumptions about yourself. And gives you skills to learn how to defeat what I call the ‘sick brain’, by reminding yourself that sometimes your brain lies to you when you’re sick. It’s not so much about mental health but mental fitness. It’s about having a relationship with somebody you trust. People go to one therapist, and feel judged, or feel they don’t have a connection, or they feel like they are in a relationship like they are with a parent or a teacher and it makes them feel uncomfortable. And they don’t go back. And people have to know that they should be able to audition people until you find the right match. One of the problems for most people is they can’t afford that.

The health care system needs to heal thyself too.

Steven: Exactly. It needs to take mental health far more seriously. I think people just need to keep reminding politicians that it’s a priority. Mental health, if it was treated with the same weight as physical health issues by the public… We have a prime minister now who’s dealt with this first hand, with really horrific mental health issues with his mother. And she’s been such a great and open advocate, and hopefully, that would start to help. I really hope that he starts to help push the public perception in the right way. 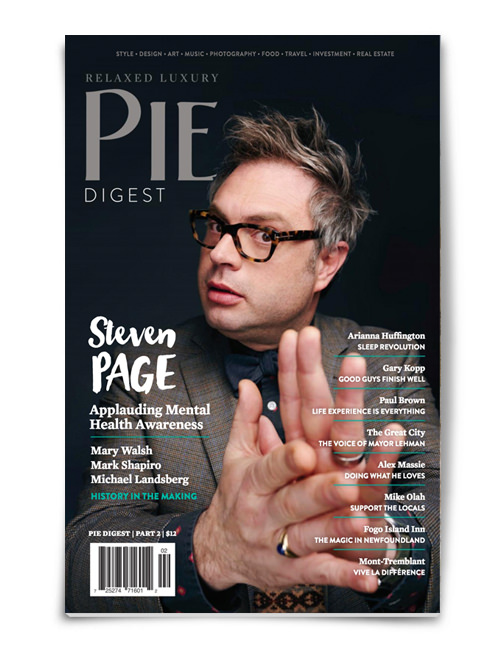