Steve Smith is likely one of the most generic names in the English language, but there’s nothing generic about the television character the actor created, Red Green. Launched in 1990, The Red Green Show centred around the bumpkin handyman, in a lampooning of home improvement and outdoors shows. The show’s famed segments include “Handyman Corner” and “Possum Lodge Word Game,” as well as the obligatory DIY contraptions cobbled together with his trusty sidekick, duct tape. Because “…if the women don’t find you handsome, they should at least find you handy.” The show lasted until its 300th episode, in 2006, making it one of Canada’s longest running comedy series.

Since the time the series ended, Smith has brought the Red Green character to the stage in sold out shows across the US and Canada, but is considering shelving the duct tape. But that doesn’t mean new and old fans are left without their dose of this quirky handyman’s legacy. There’s always Smith’s four books, written in character, including Woulda Coulda Shoulda Guide to Canadian Inventions, and Red Green’s Beginner’s Guide to Women. Online, the shows continue to be watched, and have accrued millions of views, and Red Green’s homepage offers regular messages from the Lodge. He grabbed the duct tape one last time in 2019, for a North America-wide live tour of his much-beloved television character. One of the last shows, on the “This Could Be It Tour,” was at Barrie’s Georgian Theatre.

Pie Digest caught up with Steve, er Red, and picked his brain about life, the universe, and the Zen of mismatched suspenders. 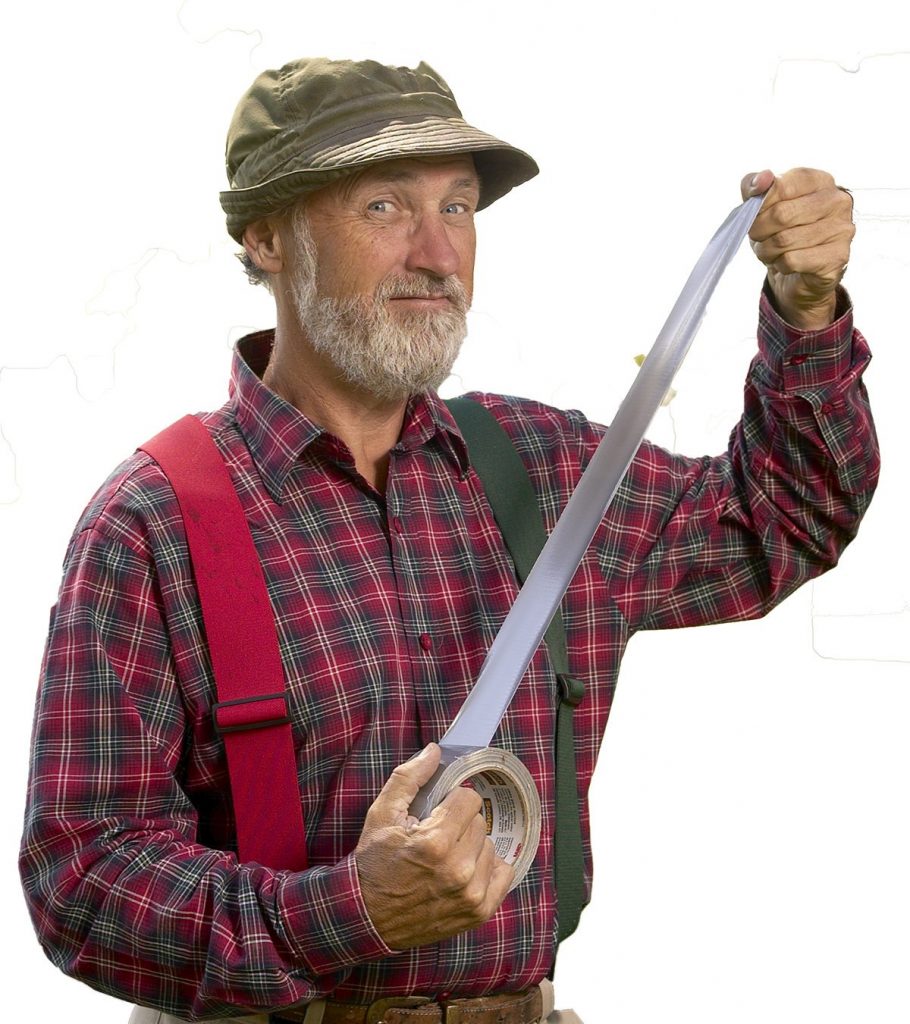 Why did you decide that this last tour was going to be your last tour?

Well, it’s been a lifelong pattern of mine to not be the last one to leave the party. I don’t want to do that one tour too many for a live performance. Just trying to make it a pleasant experience for everybody and a good memory, rather than you know, ‘you ruined it, and you ruined a 40 year career in the last six months.’ Ha ha. It doesn’t seem like a good idea. Honestly, let’s leave it on a high note.

Are they laughing with you or at you?

I would say with me, because there’s definitely an affection for the character. I don’t think you laugh at a character that you like.

Fair enough. What has made the character so endearing?

It’s a strange combination of characteristics in Red Green. I think at some basic level, there’s common sense, and some of the things he says, there’s a lot of creativity and ingenuity in the things he does. And what that equals to, is a tremendous amount of self-reliance and self-sufficiency. I mean, when something breaks in Red Green’s world, the last thing he reaches for is the telephone. He’s going to grab a roll of duct tape or some zip ties, or bailing wire, or something. Anything to make it work. And people like that. It kind of gives you that sense of independence. Red Green was on PBS, and PBS folks used to say to me: ‘you know, this show is smart.’ I said: ‘Oh yeah. It’s not a lack of intelligence it’s a waste of intelligence. It’s a much higher calling.’ 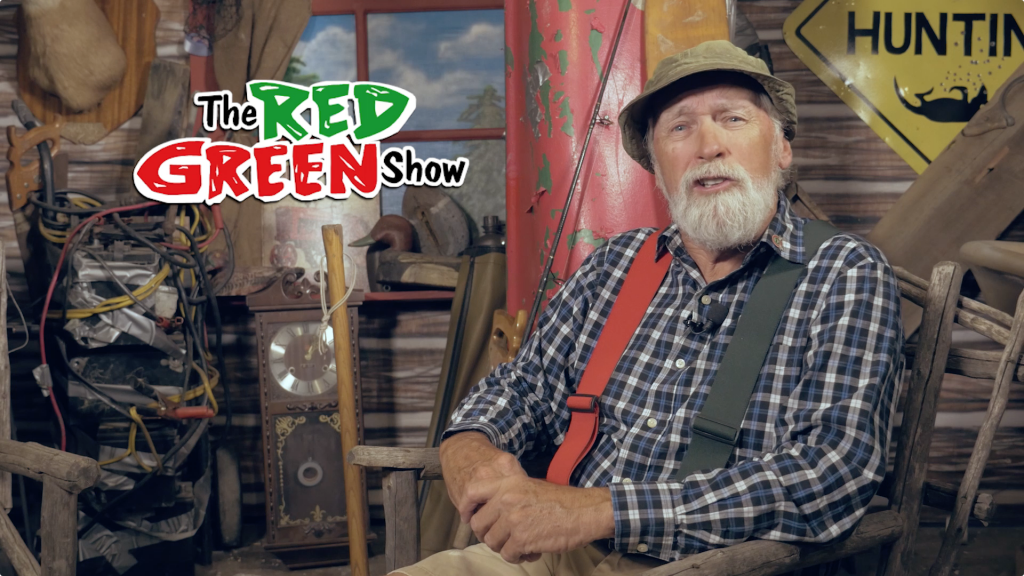 What is Red Green’s proudest contraption?

If I had to pick one, it would be the very last episode, episode number 300. I made a perpetual motion machine, that would have worked, but I couldn’t get it started. To me that to me says it all.

There have been a lot. I do “a clip of the week” (and one was) the amphibious car, where I mounted an aluminum boat under the car, rather than on the roof, because I thought it was too dangerous on the roofs. I put tractor tires on a Honda Civic, like the rear tractor tires, the big ones, four of them on there. And then I decided it’s probably amphibious, so I drove that into a lake.

A question from Facebook, from Rita: “What advice would you have for a woman who just moved to Sault Ste. Marie?”

How did Duct Tape become so central to your character?

I really thought that the duct tape was kind of… the physical world’s version of Red Green. You know, it was kind of a quick fix. Somewhat effective, short term results. But it allows you to get on with life. So, it really was a metaphor, for the whole Red Green attitude. And it’s funny, because it really resonated as soon as I started using duct tape, and called it the handyman’s secret weapon. It connected me, connected the Red Green character, with something much bigger than that, that a lot of people related to. It really helped me boost the brand by associating it with duct tape. 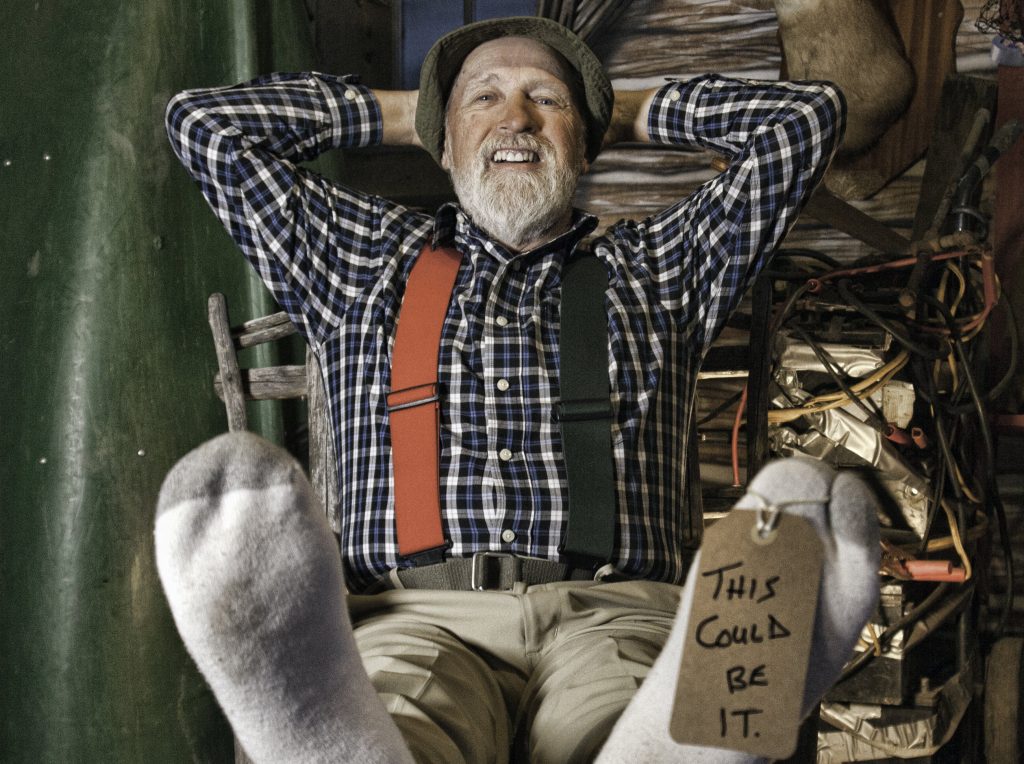 You know there probably should be. We went to 3M very early and said: ‘we think you’re selling a lot more duct tape.’ They said: ‘we absolutely are. Thanks, what do you want?’

What’s the most valuable relationship advice you can offer?

Here’s the one I would deliver: If your wife is having fun and you’re not, you’re still having way more fun than when you’re having fun, and she’s not. 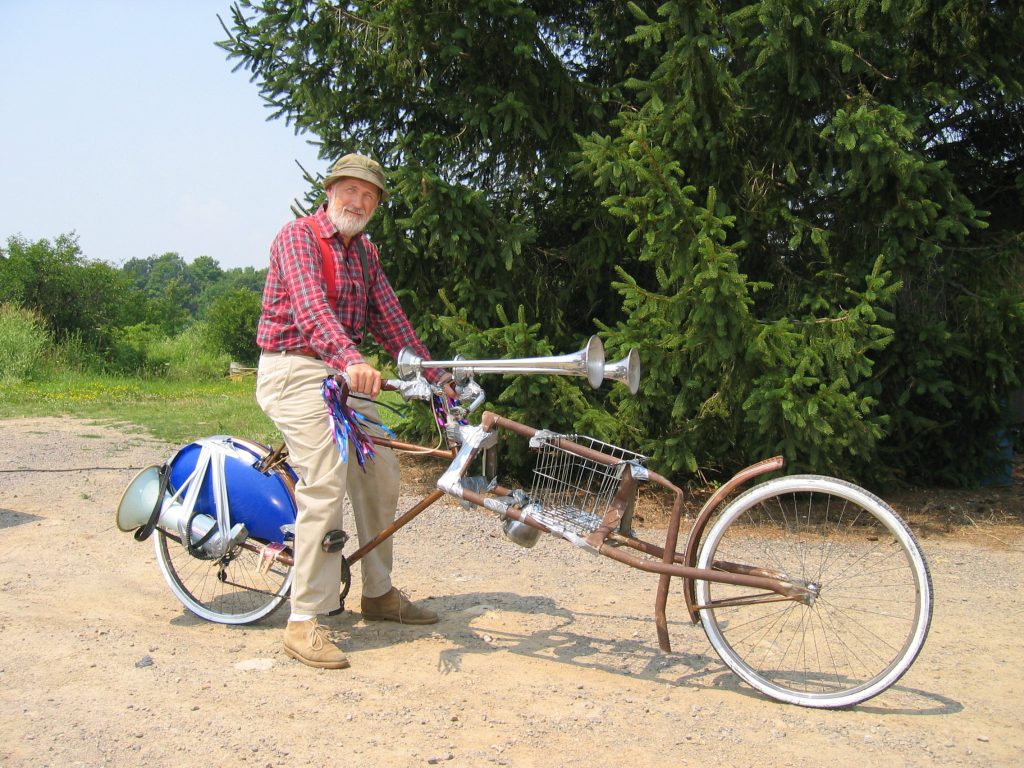 Would Red Green, the character, in the 21st century, be any different?

Absolutely no. And this is something that struck me, as society changes a lot, more than men do. They’re being dragged, kicking and screaming, and Red is such a simple person. When I ended my tour, I ended with a wish, that my fans would have a simple life. Try to be as self-sufficient as you can be. Don’t complicate your life.

What trait can Red Green teach us, to be better friends?

I would say be a low maintenance friend. If you’ve got a friend who only calls when they need something, and they call every day for a year, it’s time to cull the herd. Hospitals have intensive care units, not intensive need units, so that’s a step in the right direction.