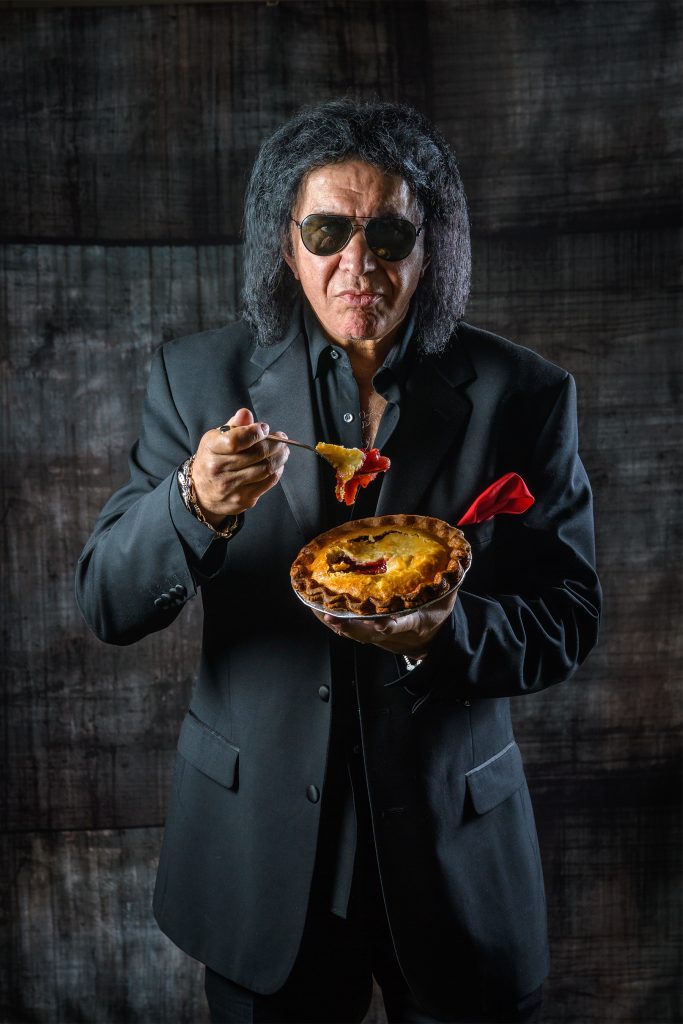 Gene Simmons is famous for many reasons: the band KISS, two reality shows, author of seven books, and more.

Formed in 1973, KISS accomplished what few have: 21 albums that sold 100 million copies, consistently selling out arenas, and still going strong. The group boasts over three thousand licensed and merchandised items, including condoms, caskets, a comic book, and action figures.

In that same vein, Simmons is a successful businessman, whose projects included co-founding an arena football team, producing movies, and starting restaurants.

Pie picks his brain about business, sex, politics and more.

Pie: Your seventh book, On Power – what’s the premise?

Gene: It’s better for the good guys to have the power than the bad guys.

Why would you want the bully to have the power instead of the good guy who doesn’t pick on anybody? So, it is incumbent, technologically, physically, mentally, to be powerful, and to keep getting more powerful, if only not to get picked on, if only not to be wrapping fish for somebody else who isn’t a nice person.

Pie: The book previous, Me, Inc. is filled with business advice. What’s experience taught you in business?

Gene: All those books and classes you take where people charge you a lot of money – 10 Secrets of Success, How to be Rich and Famous and Powerful in ten steps – they are lies. If all we had to do was follow those steps, we’d all be rich, famous, and powerful. Life is a journey, and often it’s an individual one. You’ve got to have a product, and convince people that they cannot live without it, even if it’s the power of your personality.

Pie: You were with Donald Trump on Celebrity Apprentice. Would you have ever imagined he’d be president?

Gene: I would never have imagined a Hollywood actor, Ronald Reagan, becoming president. Why wouldn’t I imagine a successful businessman as president?Trump’s a good family man. His children turned out well. There are people saying it’s chaotic; people are demonstrating. But the stock market doesn’t care. Business seems to like him. At the end of the day, families only care about two things: how to be safe, and ‘how do I feed family? 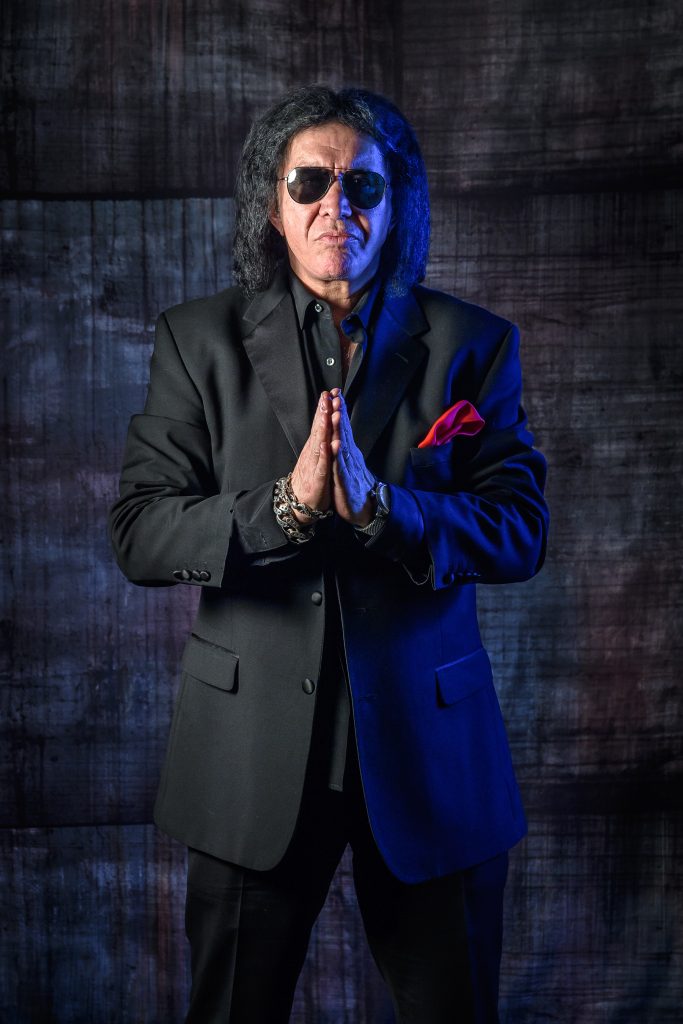 Gene: Smile is a perfect song. ‘Smile, though your heart is aching.’ And then it ends with, ‘When you just smile.’ It was written by the most famous comedian of all time, Charlie Chaplin.

Pie: What’s the best excuse a fan used to get backstage?

Gene: Unfortunately, my curse is that pre-coitus, after-coitus, during-coitus, my downfall is cookies, cake, and hot fudge sundaes. All the really terrible things in life.

Pie: Technion in Israel is a world-leading institute with faculties in a range of engineering disciplines, and a school of medicine. Talk about your support for Technion Canada’s Technovation Event in Toronto, June 4, 2017.

Gene: The advancement of mankind has always had to do with forward thinking people, often young people. The fact that Technion’s in Israel, is a good thing. It’s the technological leader of the world, other than America. They’ve advanced the cell phone, the computer chip, cancer research.

Pie: What do you think of the music industry today?

Gene: Your freckled face, next-door, high school and college kid decided, en masse, they no longer wanted to pay for music… and download without paying the people who created it. From 1958 until 1988, that’s thirty years, we have: Elvis Presley, The Beatles, The Rolling Stones, Jimi Hendrix, on and on. The most important artists in the 20th century, and into the 21st. From 1988 until today – not quite thirty years – who are the new Beatles or the new Elvis? They had everybody, all ages. That’s what makes something stand the test of time. It is interesting to note that from 1988 until today, the single most important thing that changed is making copies of songs without buying them. Just because you sing in the shower and go on X-Factor, doesn’t mean you’re gonna become the next Elvis – even if you get a hit record.