As a much-loved Hollywood star, it is fair to say that a great many movie fans would be relieved to know that Dan Aykroyd didn’t pursue his initial career plan to become a priest. Instead of following that path of spirituality, he pursued acting, for which he is best known for battling evil spirits in the 1984 box office smash Ghostbusters.

Aykroyd has delved into the business of another kind of spirits – alcoholic drinks – selling both tequila and vodka. He was also one of the co-founders of the successful franchise, House of Blues, a themed restaurant business. As well, he lent his likeness to Blues Brothers Coffee, partnering with the late (great) John Belushi’s widow. The move into the alcohol industry came in 2005, when Aykroyd set up a company to import Patron tequila into Canada. Two years later he launched his pride and joy – made-in-Newfoundland Crystal Head vodka. Dissatisfied with the existing vodkas available, which he claims contain additives, oils and artificial flavours, he decided to create a pure version for the market. The unmistakable bottle – a glass skull – was a “mystic Indigenous element.” Within fifteen years, 13 million units were sold and distributed across 70 countries. The vodka has won scores of high marks at worldwide competitions. 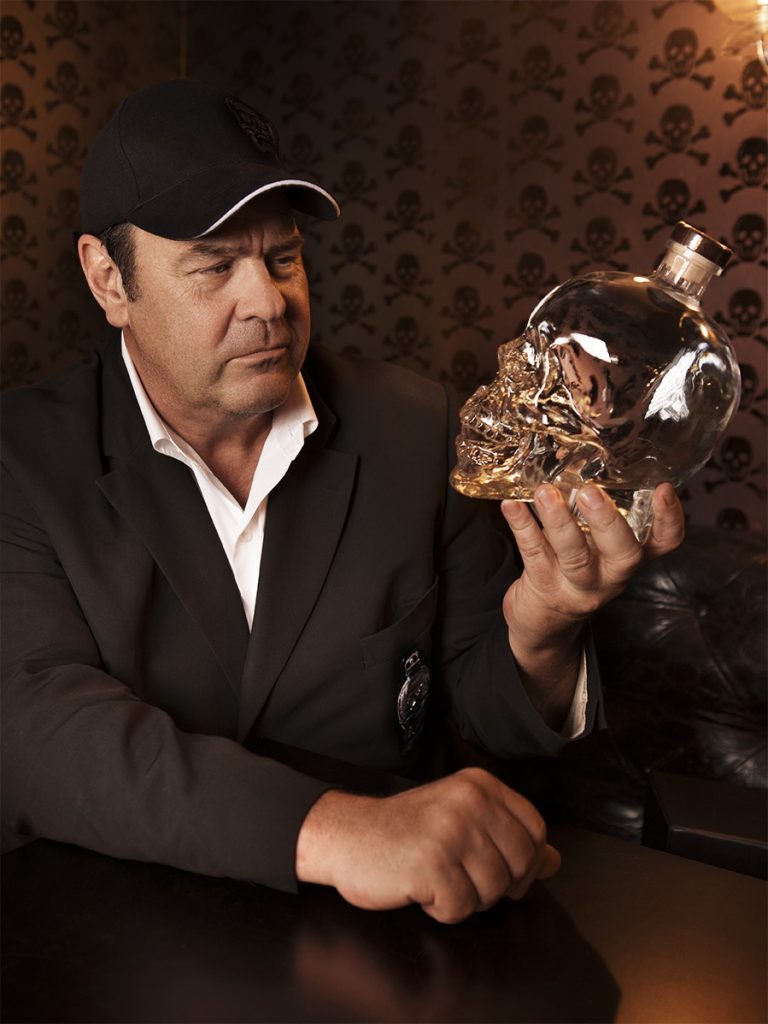 What have you discovered about the business world?

The moment I entered the acting trade I was in ‘show business’, and I had to market and broker deals for myself. Any actor who goes into the business has to work with a broker or agent who establishes ones’ value and make a sale. Every audition is a sale, then you have to follow it up with a contract, union obligations, tax planning, as well as – if you have a good job as an actor – investment. Then, when I was originating my projects; that is selling a piece of material, setting a value, brokering a deal. So, I’ve been in ‘show business’ all the way through. It’s not too hard to look at the numbers in another dimension.

What are some key qualities to leadership?

The first thing is that you have to respect what other people are doing for you, respect that they have skills and abilities that you may think you know something about, but you don’t, because you don’t do that particular function within an organization. Let them do their work. Let them teach you. Learn about it. Lay back and enjoy the results. The other thing, in a team, is to immediately make the decision as a leader to remove any poisonous elements, any elements that are going to be clashing with personalities because of a fault with a person. You meet people sometimes and you think as a leader or executive, ‘They are so skilled and great, but their behaviour is appalling. If their mother and father couldn’t alter their behaviour, it’s not my job to do that.’ Those people have to go.