Bringing it Back Home 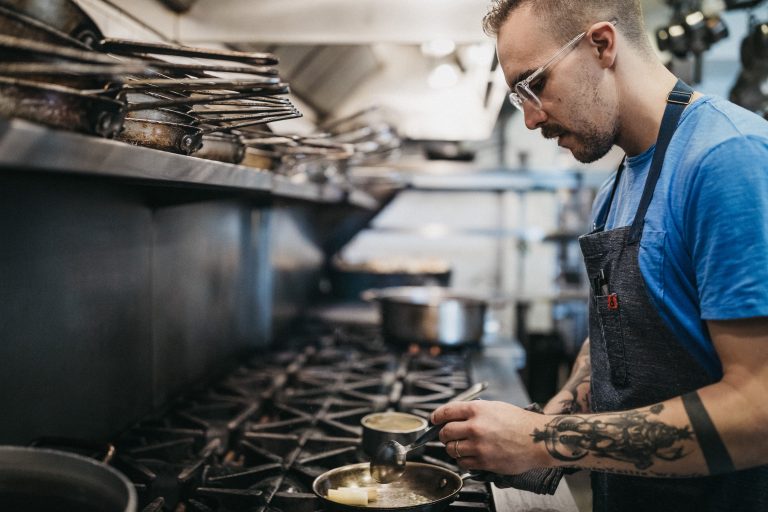 You would think that Ross Larkin’s specialty is humble pie, when he talks about filming and competing in The Food Network’s 2018 season of Top Chef Canada. Yet, when he joined an elite, chosen few, Larkin went on to win the prestigious title, representing Atlantic Canada and his home province, Newfoundland. His modesty is perhaps due, in part, to how he developed on his career path. Once he ìgot serious about foodî, he realized that he could learn something valuable ìfrom everyone in the kitchenî, and he started listening, watching, reading, and studying intently. “Chef” is a title he uses when speaking to others who “have earned it, out of respect”, and yet, as Chef de Cuisine at one of Canada’s top restaurants, he smiles and says… “you don’t have to call me that.” While he may feel he is lacking in formal culinary training, he has more than made up for it with sheer ingenuity and creativity; made from scratch is an understatement. 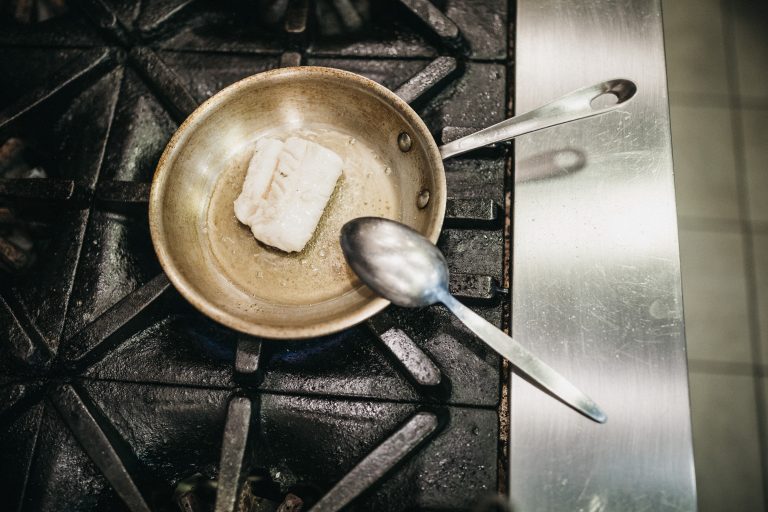 When you live on The Rock, as it’s affectionately referred to, you are at once connected, yet distant…  “we’re the last stop for ferries, shipping… you can’t always count on everything always getting here. You have to know what’s on the Island and use it.” A sudden cold snap that damages greens, storms that keep the fishermen off the water; learning to substitute has become a passion and a science for Larkin. “When everything is growing, we preserve it…  it’s what we have.” He describes using seabuckthorn, now heralded as a super-food, to make a vinegar, (the acidic berries act as a substitute for citrus). One of the challenges of competing on the show was exactly that; he is accustomed to preparing his own seasonings months in advance, “rather than just reaching for something that can build flavour quickly.” 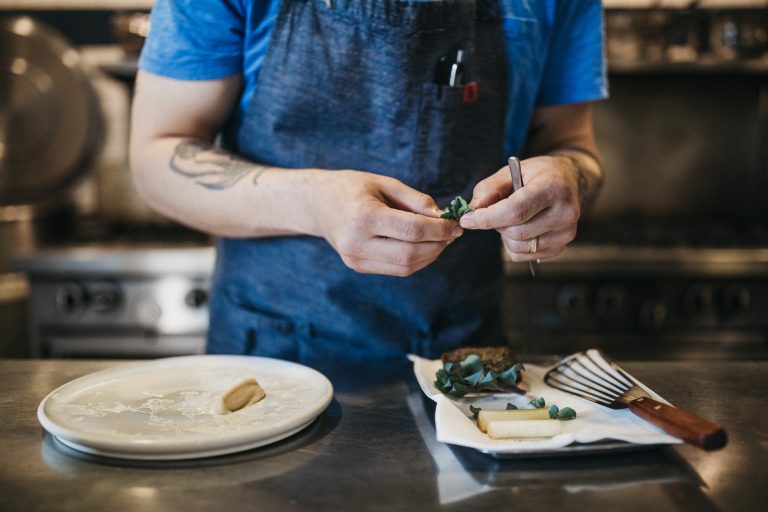 Larkin discusses his approach to food, preparing and presenting a plate, and to life, in much the same way: simple is best. He thoughtfully arranges temperatures and textures together, complimenting one another, but with the basics of only a few ingredients. That does not mean uncomplicated flavours; on the contrary, he strives for “food that will eat differently, but give you flavours you remember…  you build around it, it’s warming; makes you feel good.” He speaks about connecting to something familiar, perhaps a childhood experience. Not surprising, since his own fondest food memories are with his family, sitting down at his grandmother’s table to fried capelin and bread. 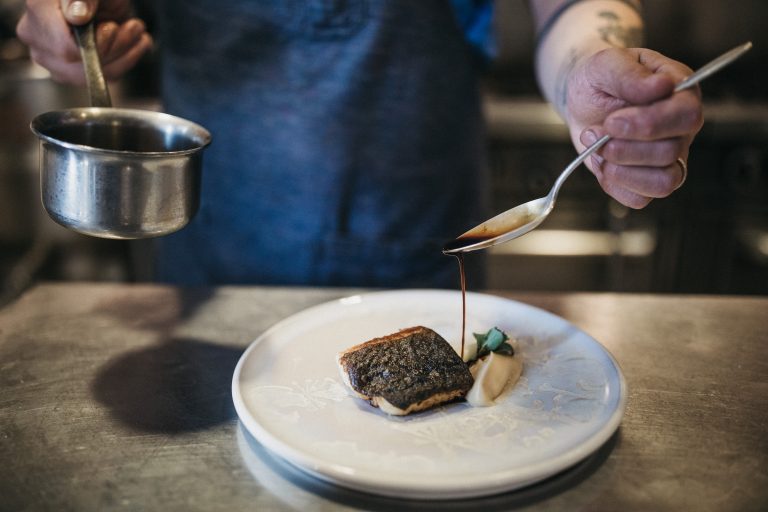 It’s a cue to discuss points of etiquette: he encourages people to be open-minded, to have a sense of place. Wherever you go, focus on that experience; anticipating what you will get, something new and unexpected, as opposed to what you won’t have. Of course, in Newfoundland, you will get cod, fish and brewis, fish cakes, but also “beautiful vegetables, hidden gems that we don’t share… that isnít necessarily a bad thing!”

The incredible dishes created and plated by Larkin for the win certainly have garnered international attention. “The culinary scene is changing in Newfoundland, with many young, talented cooks and chefs who want to be here and be a part of it,” observes Larkin, with food as the tip of the proverbial iceberg, in terms of relaxed luxury lifestyle on the Island. 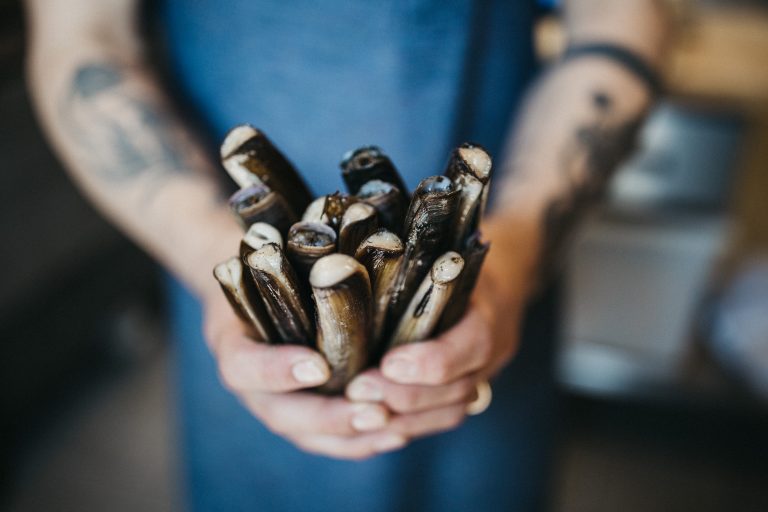 In the interview with the Publisher at Raymonds, Ross Larkin adds “nobody moves to Newfoundland for the weather, but everywhere you go, people have a lot of heart, you have a great work ethic…  proud to be from Newfoundland.” As for the title of Canada’s Top Chef, it’s “great for the Island, to bring this back home, here.”

Those seem to be the key words, home and here, when we look at Larkinís cuisine and his raw ingredients. Working with his respected mentor, Jeremy Charles, at Raymond’s, in Newfoundland, culinary innovation ìis based on what’s available…  I never know whatís coming through the door, berries, mushrooms, but I know what time the fish came out of the water, and what part of the water it came from.” Ross Larkin takes the character and history inherent in the flavours of traditional foods and transforms them into a fine dining experience with his fresh, ingenious use of only a few key components. 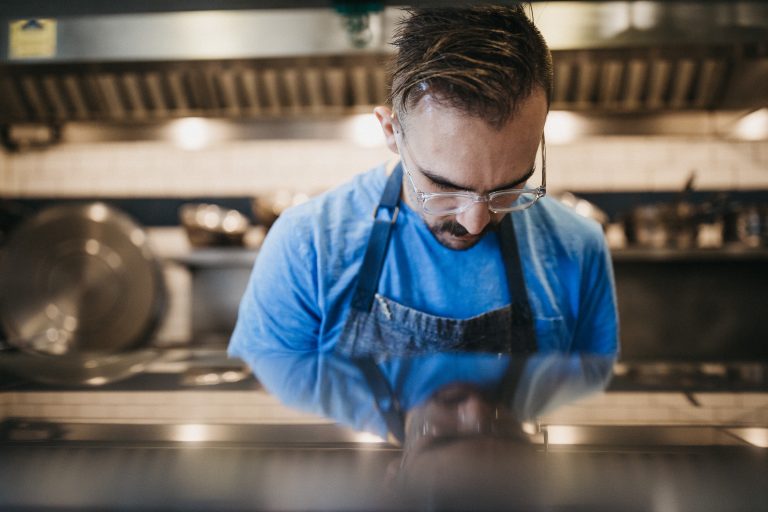 “I grew up berry picking with my grandparents, hunting and fishing,  but some people, they have their boat and they have their house and they fish and they hunt.  They literally live off the land and they’ve been doing it for centuries,” he said. “They have fish, salt fish, berries and preserves in the pantry, moose, rabbit and partridge in their freezer, vegetable gardens and root cellars… it’s not about trending toward foraging or sustainability, itís just something thatís always been done here. It’s how you live… coming full circle; we know our history and we remember our heritage and itís always been honoured and appreciated.”

Let’s let the Chef have the last word. He’s earned it.