Canadian icon Anne Murray to induct Jann Arden into the Canadian Music Hall of Fame
Tickets to the 49th annual JUNO Awards on March 15 are available online at ticketmaster.ca

The Canadian Academy of Recording Arts and Sciences (CARAS) and CBC today confirmed the final phase of artists set to perform at The 2020 JUNO Awards Broadcast, hosted by Alessia Cara. Québecois neoclassical pianist Alexandra Stréliski, R&B and rap artist Ali Gatie, acclaimed singer-songwriter City and Colour, Indigenous artist iskwē, rising country singer Meghan Patrick and bluegrass ensemble The Dead South will take the stage for this year’s biggest night in Canadian music. They will be joining Daniel Caesar, Lennon Stella, The Glorious Sons and Tory Lanez along with host Alessia Cara. As well, in her first appearance at The JUNO Awards since 2013, Canadian icon, Anne Murray will return to induct Jann Arden into the Canadian Music Hall of Fame.

The 2020 JUNO Awards will be broadcast live from the SaskTel Centre, Saskatoon, SK on Sunday, March 15 at 8 p.m. ET (6 p.m. CT) across the country on CBC, CBC Gem, CBC Radio One, CBC Music, and the CBC Listen app. The awards will also be available for audiences outside of Canada to stream at cbcmusic.ca/junos. Additional details on JUNO Week and The JUNO Awards Broadcast will be announced in the coming weeks. Tickets to The 2020 JUNO Awards Broadcast are available starting at $39.95 (plus fees) online at www.ticketmaster.ca, by phone at 1-800-970-SEAT (7328) and in-person at the SaskTel Centre Box Office – 3515 Thatcher Avenue (Main Entrance). $1 from every ticket sold will be donated to MusiCounts, Canada’s music education charity associated with CARAS and the JUNO Awards, courtesy of the SaskTel Centre. 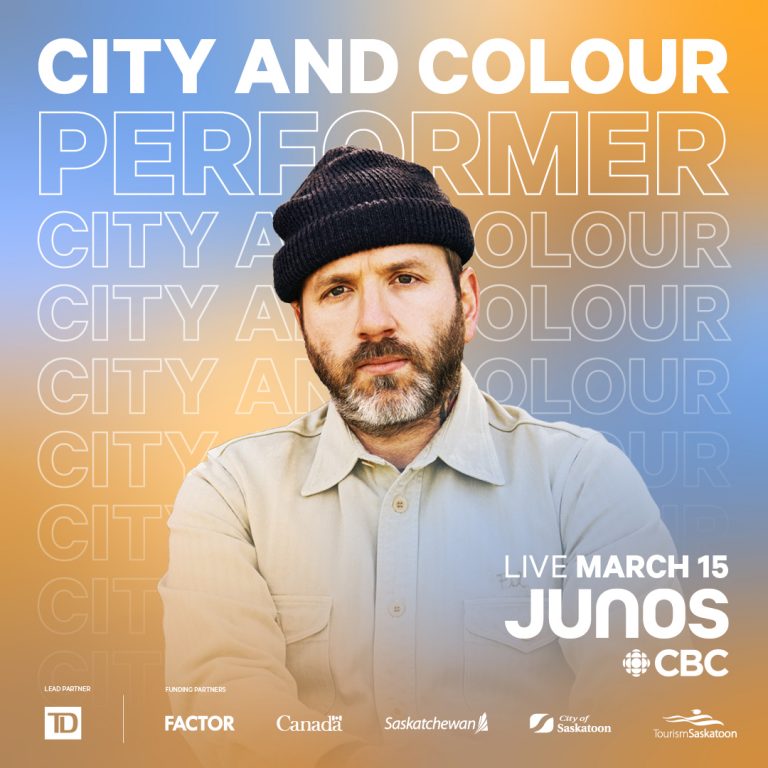 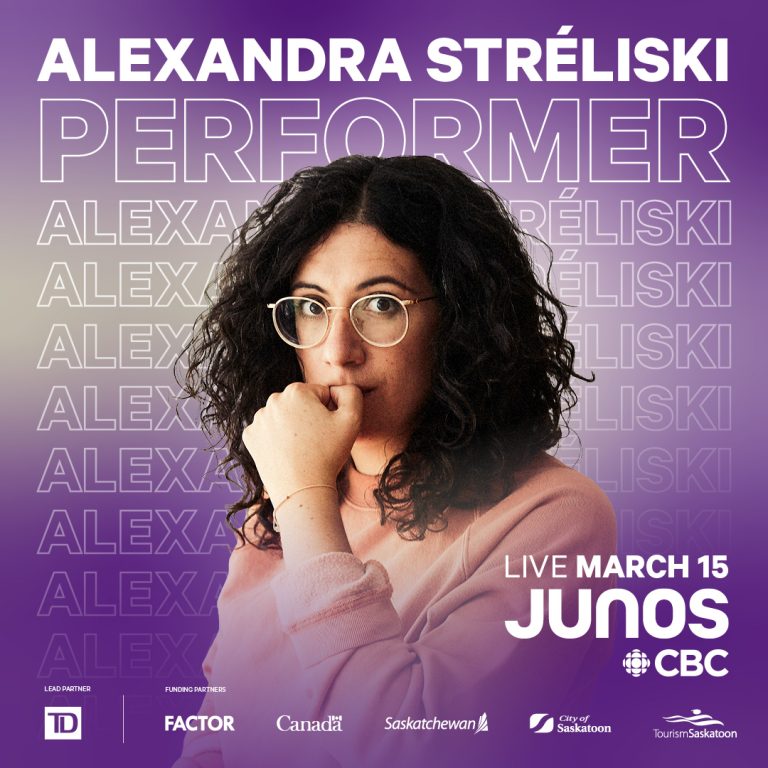 Three-time JUNO Award winner and Adult Alternative Album of the Year nominee City and Colour will delight viewers once again with his return to the JUNOS stage, for his sixth JUNOS performance. The latest album A PILL FOR LONELINESS debuted at #1 on the Billboard Canadian Albums Chart and is the fourth consecutive #1 studio album for the singer, songwriter and performer.  Joining him for this unforgettable performance is award-winning instrumental composer Alexandra Stréliski, who has been making waves with her certified gold, number one album INSCAPE, which has been nominated for Album of the Year Presented by Music Canada and Instrumental Album of the Year at this year’s JUNO Awards along with her 2020 Breakthrough Artist of the Year Sponsored by FACTOR, The Government of Canada and Canada’s Private Radio Broadcasters nomination. 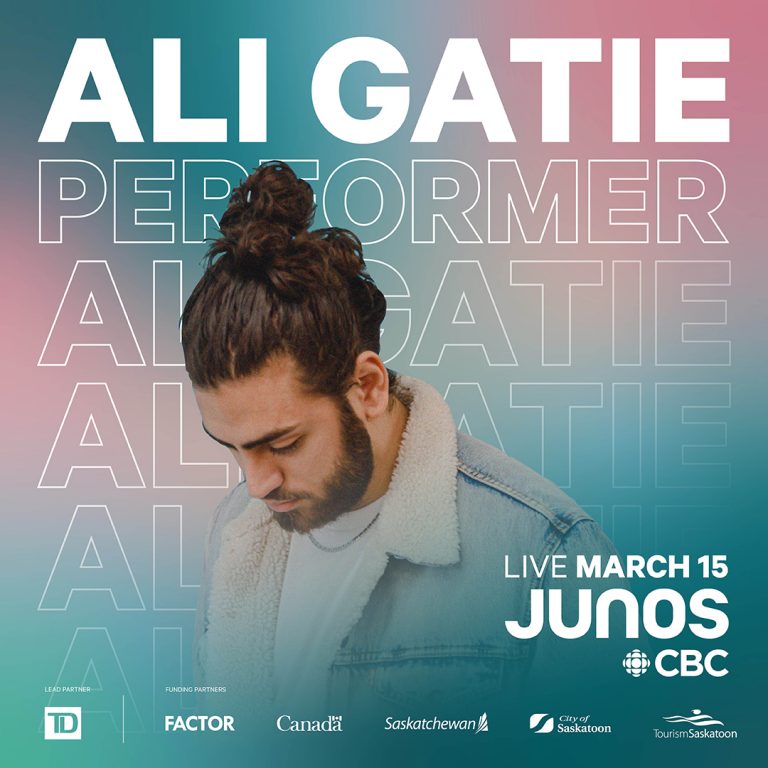 In less than a year following his debut EP YOU and platinum-certified smash “It’s You,” 22-year-old global phenom Ali Gatie will take the JUNO stage for the first time. With over 1.5 billion streams to-date, Ali Gatie is nominated for two JUNO Awards in 2020 – Breakthrough Artist of the Year Sponsored by FACTOR, the Government of Canada and Canada’s Private Radio Broadcasters and JUNO Fan Choice Presented by TD. 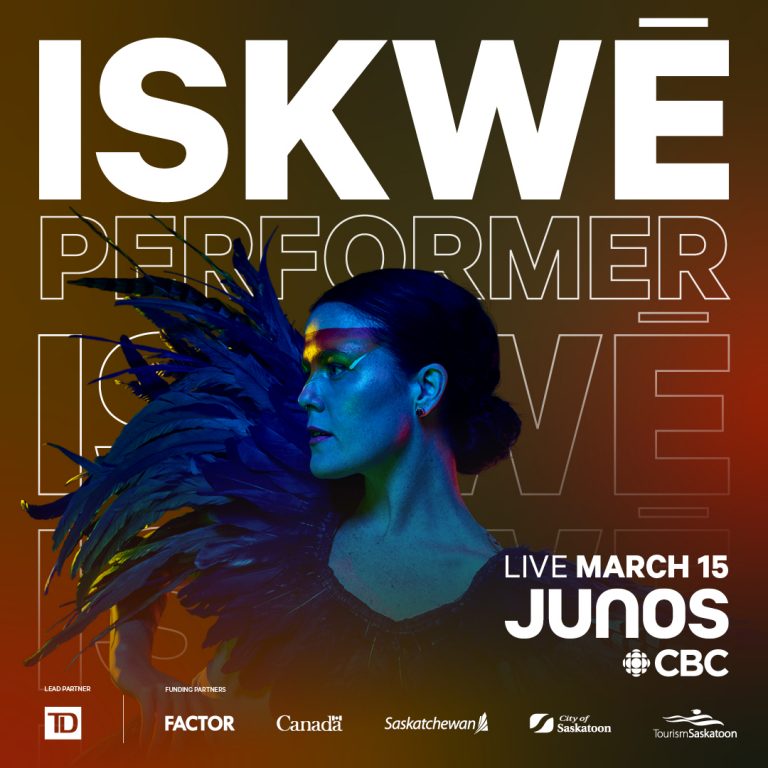 Adult Alternative Album of the Year nominee iskwē will make her first JUNO Broadcast appearance in Saskatoon. The Indigenous artist has become widely recognized for her moving and impactful performances, showcasing the beauty of her culture and inviting others to experience it first-hand. 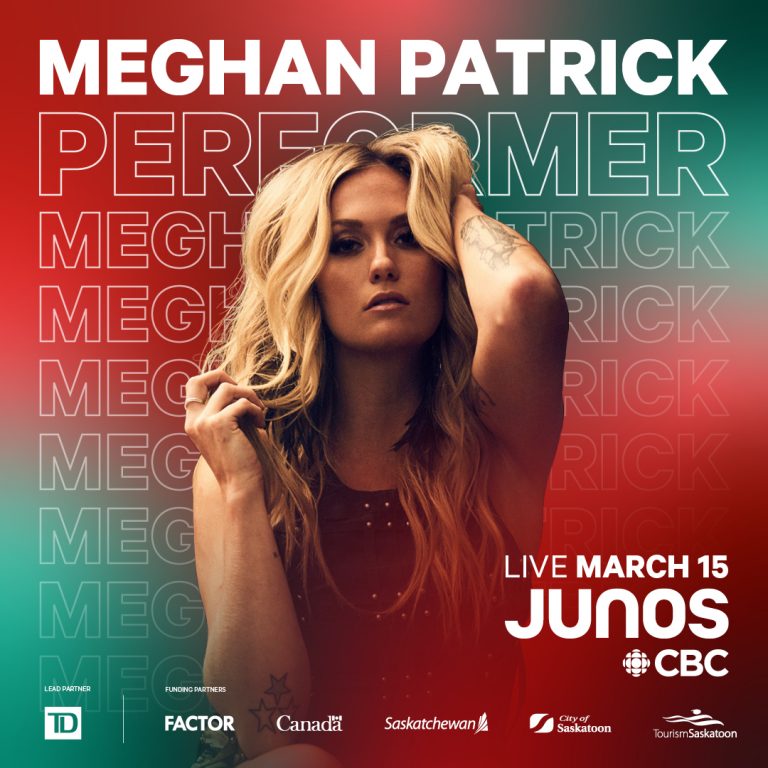 JUNO Award nominee Meghan Patrick will also be bringing her electric energy to the JUNO stage. Over the past year, this exciting country artist has been honing her singing and songwriting skills to a tee and the results are proudly on display on her latest recording, the six-song EP aptly titled WILD AS ME, which secured her a 2020 JUNO nomination for Country Album of the Year. 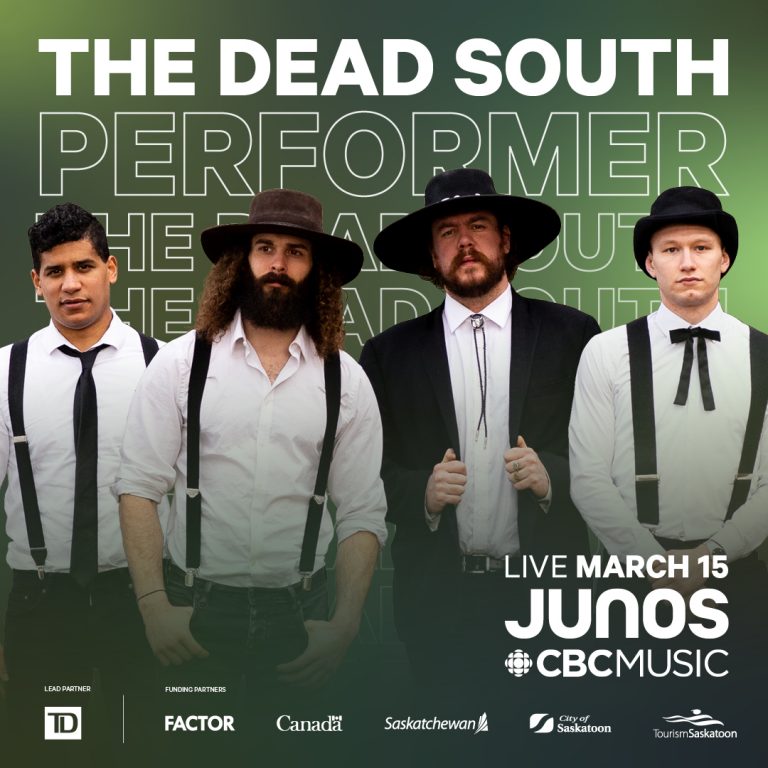 Representing the province of Saskatchewan, The Dead South, a four-piece string band from Regina, will treat viewers to their signature bluegrass performance. The band is up for its second JUNO for Traditional Roots Album of the Year, taking it home for the first time in 2018.

The highly anticipated broadcast will also feature Canada’s “Songbird”, Anne Murray, who will be presenting Jann Arden with her Canadian Music Hall of Fame award. Murray was inducted into the Canadian Music Hall of Fame in 1993, holding the title of most JUNO Award wins, with a staggering 25 trophies to her name. She was the first Canadian artist to have a certified gold song, and her signature voice has become one of the nation’s most enduring treasures.

The 49th annual JUNO Awards and JUNO Week 2020 will be hosted in Saskatoon, SK from March 9 through March 15, 2020, culminating in The JUNO Awards, on Sunday, March 15, at the SaskTel Centre, broadcast live on CBC, CBC Gem, CBC Radio One, CBC Music, the CBC Listen app and globally at cbcmusic.ca/junos.

Funding Partners: The Government of Saskatchewan, the City of Saskatoon, Tourism Saskatoon