Five Trail’s The Must-Buy Whiskey of 2023

Touted as “elegant blended American whiskey”, Five Trail is not just another beverage on the liquor store shelves. It’s different because it delivers a complex, yet palette-friendly flavour that can be enjoyed by whiskey connoisseurs and newbies alike. 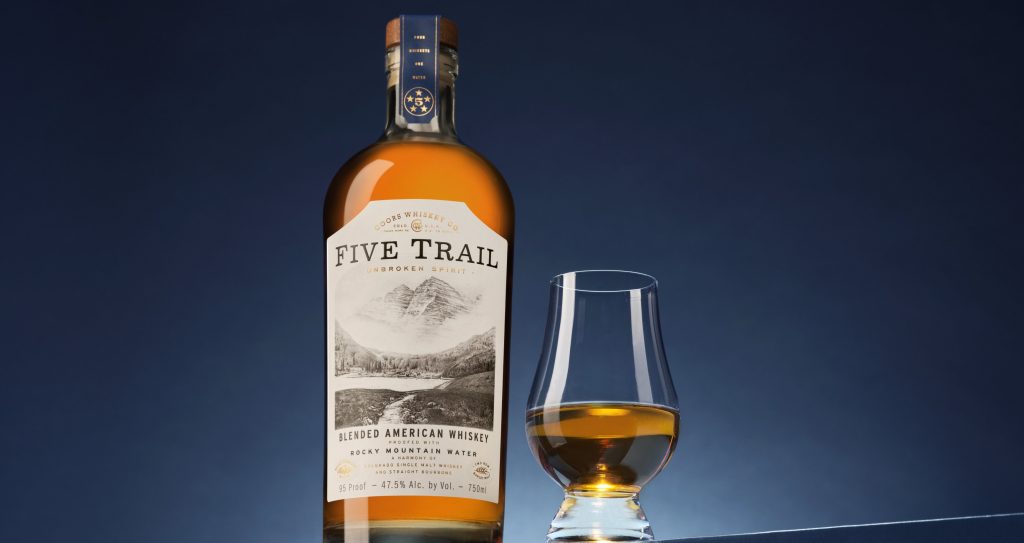 The Five Trail blends are Flagship, Barrel Proof, Cask Finish and Small Batch – each with their own varying tastes.

It is aged a minimum of four years, and proofed with pure Rocky Mountain water. The ingredients are carefully selected: Colorado single malt, Indian wheated bourbon, Kentucky four grain – all to create a nuanced and colorful taste.

So whether you enjoy it neat, over a large ice rock or sphere, or in a whiskey-forward cocktail, Five Trail is the perfect addition to your bar cart. When walking down the aisles wondering what to try next, put Five Trail on the list.

Pie Magazine rates it Four out of Four stars.

–> To make Five Trail’s take on an Old Fashioned, mix 2 ounces Five Trail, 1/2 ounce simple syrup (or 1 sugar cube), 3 dashes of angostura bitters, and 1 teaspoon water. Garnish with a thin slice of orange, or 2-3 macerated cherries and a silver of candied ginger on a cocktail pick.