Fashion with a Mission 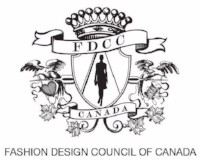 TORONTO, ON – A stunning gown designed by Canadian Lucian Matis will be showcased at the upcoming Royal Ascot in England starting today. Designed in collaboration with artisans from Omba Arts Trust from Namibia, the gown was created as part of The Commonwealth Fashion Exchange exhibit. The complete look first debuted at Buckingham Palace last February and was later showcased in the Australian High Commission in London, until it was featured at April’s Commonwealth Heads of Government Summit. Matis’ unique look was a commentary on environmental disasters, using fashion to both highlight our failings and preserve ancient crafts.

Matis was included as THE Canadian delegate designer, invited by fashion industry advocate Robin Kay, at the inaugural Commonwealth Fashion Exchange, built in partnership with Buckingham Palace, The British Fashion Council, and Eco-Age, as part of London Fashion Week. Kay is a founding board member of the non-profit organization, Commonwealth Fashion Council (CFC), that formed the four group partnership for The Fashion Exchange.

“This wonderful work and engagement with new partners that created The Fashion Exchange is my continued effort to showcase Canadian designers on the world stage,” said Robin Kay. “The high profile recognition this piece is receiving is a testament to the artistry behind the design, and is an important truth of the fashion designer’s contributions to commerce and culture within Canada and abroad.”

This look, along with 36 other works, are also showcased via Google Arts & Culture, an online platform through which the public has access to high-resolution images of artworks, in cooperation with 17 international museums.

Shining a light on one of the largest industries in the world, the newly launched online exhibition of the Commonwealth Fashion Exchange amplifies the power of fashion as a universal language to promote sustainable manufacturing, ethical production, and transparent supply chains. Close-up views of the looks can be seen here.

About Robin Kay
Robin Kay is one of Canada’s unyielding supporters for the fashion industry. A self-taught designer, she ran a successful eponymous brand for 25 years that held 600 wholesale accounts across North America, and 22 stores across the country. This journey led her to pioneer the largest Fashion Week in Canada. She transferred ownership of the event in 2012 to focus on the larger work of Fashion Design Council of Canada (FDCC), a not-for-profit dedicated to supporting the Canadian fashion industry she helped establish. Since then, Kay has been tirelessly working to engage government in conversation to identify the fashion community as a pillar of culture and commerce in Canada and create a new national policy that acknowledges all designers’ contributions in this country.