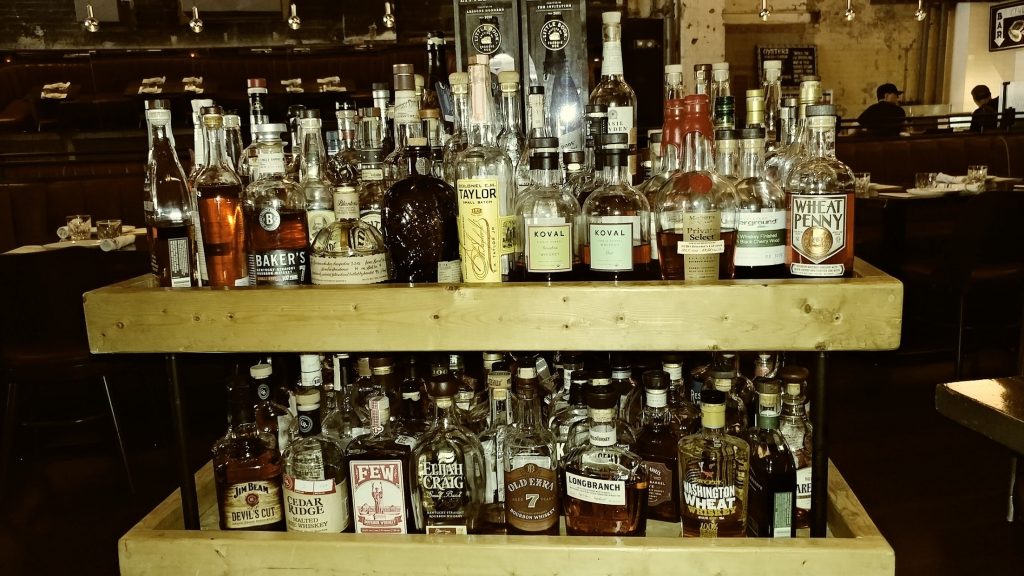 The vast collection of bourbon at Carbon Bar

What happens when you match A-grade food, made best-in-class, with top-notch bourbon?

It’d stand to reason that The Carbon Bar is dancing with the angels (and probably the angel’s share, too).

The Carbon Bar, at 99 Queen St. East, in Toronto, was also the first site of City-TV, and today carries with it that vibe in its ambience. Yet, so much more.

As far as I’m concerned, The Carbon Bar’s perfected Texas-style BBQ, and steaks, and taken it a step further with it’s stylized seafood and original creations. For their BBQ, they use prime meats smoked “low and slow,” and prepared with their own spices and sauces – some of which are sold in the lobby for anyone to purchase, including their famous South Carolina sauce, and steak rub.

Starters include duck salad with greens, smoked bacon caesar, and pulled pork tacos. Plates include the Carbon Burger, hot smoked salmon, and double smoked pork belly. For the love of variety, there’s The Pitmaster Platter, featuring St. Louis cut pork ribs, prime beef brisket, buttermilk fried chicken, smoked sausage and pulled pork. The most beautifullest touch of all is the 10oz sirloin and 12oz ribeye, that both come with on-prem made crispy fries, and spicey sauces that have an addictive element to them.

As a bourbon oficianado, I would be remiss if I didn’t mention the lengths they have gone to acquire their high-end collection. It wouldn’t be an exaggeration for me to say that Carbon Bar not only has the largest, and finest, bourbon collection I’ve seen – with over a hundred to choose from – but also some impossibly hard-to-find limited editions.

And here’s the biggest scoop: Carbon Bar just partnered with Mannr, a Toronto-based personal shopping and delivery marketplace for a one-of-a-kind bourbon experience.

Stefan Suppa launched Mannr in January 2020, after realizing that most men aren’t so keen to shop for their own clothing. To solve the problem, Suppa combined in-store and online shopping, with a “wow” factor: they’ve hired professional stylists who take the time to get to know you personally, and curate outfits that fit your budget, style and body type.

Through this Carbon Bar partnership, they offer a complimentary rare bourbon tasting experience with a Carbon Bar dinner. 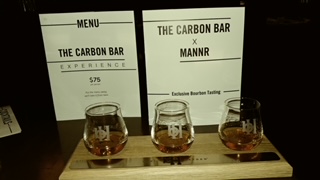 The pairing of Mannr and Carbon Bar is inspired

Experience two complimentary rare bourbon experiences with dinner at The Carbon Bar, for every $500 purchase with Mannr. Each experience consists of a flight of three rare bourbons.

And finally: I have to include mention of the incredible service from the co-owner Jeremy, my server Lisa, and Chef Kris Hansen, all making it an exquisite experience.

So this is a match made in the aforementioned heaven.

Carbon Bar is no doubt is destined to become just as legendary as the station that was once in its location. If you think I’m exaggerating, then I dare you to pay a visit and challenge me on this.