• adidas and Parley invest $1m raised from Run For The Oceans 2018 to support the Parley Ocean School Program, educating and empowering 100,000 youth in affected coastal areas to take a stand for our oceans

• For the second year, adidas and Parley will host a Run for the Oceans event in Toronto at Trillium Park uniting runners in one movement to raise awareness and funds to reduce marine plastic pollution

• Sign-ups open for the Parley youth activist digital platform on World Ocean Day (June 8), with the goal of bringing the Parley Ocean School Program to a global level

• To invest vital funds for the development of the digital platform and raise awareness, adidas looks to unite more runners than ever before to lace up and Run For The Oceans. For every kilometer run between June 8 and 16, adidas will contribute $1 to the Parley Ocean Schools with the increased target of reaching $1.5m 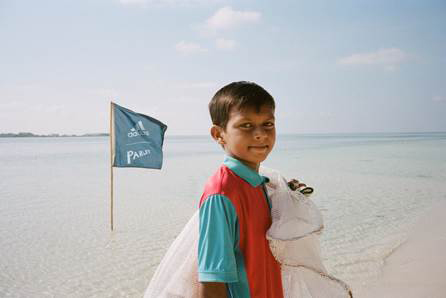 adidas Running shares the impact of the $1 million raised in 2018 from Run For The Oceans, and announces that the global initiative will return once again on World Oceans Day, June 8, 2019 with the increased goal this year of raising $1.5 million to continue to invest in the education of future generations on the issue of marine plastic pollution.

In 2018, adidas created a global movement with Run For The Oceans, uniting nearly one million runners from around the world and raising $1 million for long-term partner Parley for the Oceans. To date, the money raised has helped directly educate and empower 100,000 youth and their families who are living in coastal areas affected by plastic pollution to take action as part of the Parley Ocean School Program. The partnership saw five million pairs of shoes created using recycled ocean plastic in 2018 alone.

In 2019, adidas is upping the pace of change. The introduction of the 2019 Parley range will see the company produce a landmark 11 million pairs of shoes using upcycled marine plastic waste. The campaign this year will also unite more runners in more locations than ever before to lace up and Run For The Oceans in order to reach its increased goal of $1.5 million. For every kilometer completed between June 8 and 16, adidas will contribute $1 to Parley Ocean School programs, with every dollar going towards the next phase of the partnership with the development and launch of the Parley youth activist platform.

With the aim of engaging more young people than ever before and inspiring long-term behavior change, the platform will host a digital curriculum which equips schoolchildren with the skills, tools and knowledge required to protect the planet’s oceans. It will also act as a digital space where young people can come together, share ideas and gain access to events, mentors, and tools. Sign-ups open for the Parley youth activist platform on World Ocean Day (June 8), with the goal of bringing the Parley Ocean School Program to a global level. 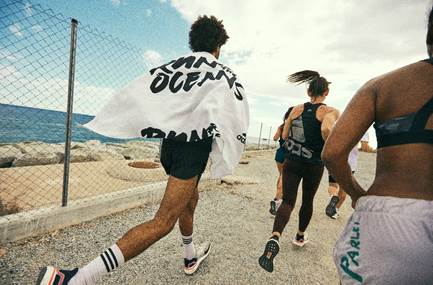 On June 11, adidas Canada and Parley will host hundreds of runners for the Toronto Run for the Oceans event at Trillium Park. The event unites Torontonians in one collective movement to affect positive change in our oceans by tracking kilometers run at the event towards the global $1.5 million goal. Following the event, participants will celebrate with food, drinks and a special live performance with Toronto’s waterfront as the backdrop. For a second year in a row, Run for the Oceans Toronto registration filled within hours of opening to the public, demonstrating the city’s commitment and interest in issues of marine plastic pollution.

Alberto Uncini Manganelli, General Manager Running, adidas, said: “The marine plastic crisis we’re facing has become critically urgent. We effect it daily through the plastics we use and throw away. Every minute, the equivalent of a dump truck of plastic waste enters our oceans and by 2050, this could mean there may be more plastic than fish in the world’s oceans. We know the stats and we’re aware of the issue. Now we need action. adidas x Parley has helped spread awareness of the crisis facing our oceans but also contributed to finding solutions. Back in 2016, we created the first performance products with recycled ocean plastics and went on to produce six million pairs of adidas x Parley shoes by 2018, with a goal of making 11 million units this year, intercepting vast amounts of plastic from entering our oceans. We’ve come a long way and won’t stop there. As a business we have committed ourselves to use only 100% recycled polyester by 2024. We are challenging our business and those around us to think about the decisions they make and how they impact the future, of not just our industry but our planet.”

Cyrill Gutsch, Founder and CEO, Parley for the Oceans, said: “Run for the Oceans is an opportunity to celebrate the oceans, a place where runners unite to dedicate their time and energy and generate investment towards saving our oceans – this year, for our new activist platform, a global stage for the next generation of creators, leaders and thinkers. As the voice of our future, our youth make the most convincing teachers and best ambassadors, educating parents, industry leaders and politicians, and using media in the most native way. Youth are our biggest hope, since they are driven by the strongest of all motivations: their own survival. We are more than grateful for the generous support of our founding partner adidas. It allows us to grow the movement into a superstorm of change.”

Through their partnership, adidas and Parley have intercepted vast amounts of plastic waste from marine environments and coastal communities, turning Ocean Plastic® into sportswear since 2015. Timed to coincide with Run For The Oceans 2019, adidas introduces its Alphabounce+ Parley and a full range of new sports apparel, ambitiously driving towards its 2024 goal of eliminating the use of virgin polyester from all products. 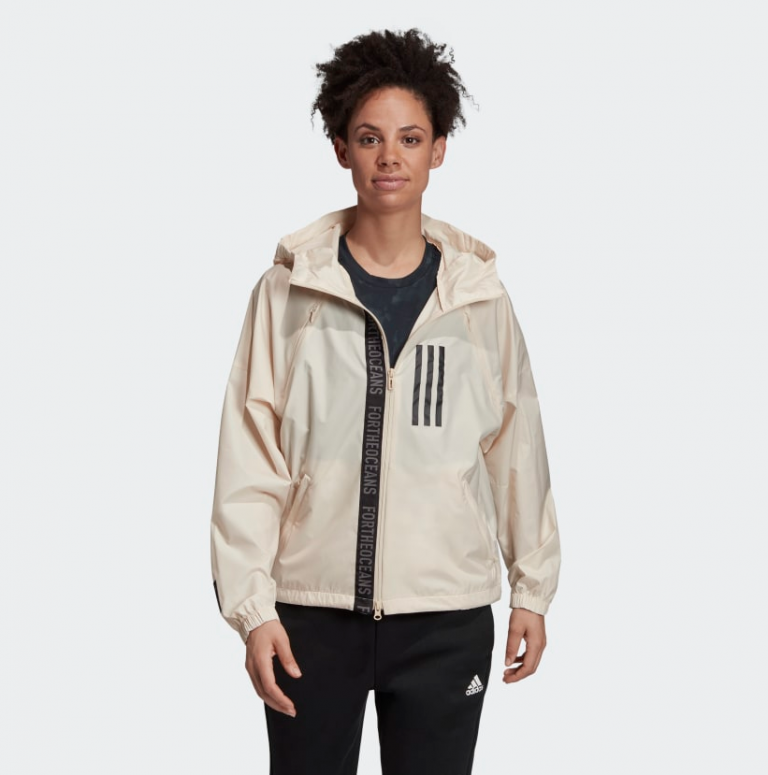 The range is crafted from upcycled plastic waste delivering eco-innovation and style without compromising on performance. Parley Pro-Dye has also been used in the manufacturing process – it has the added aesthetic effect of creating a unique material pattern in each piece. The Alphabounce+ Parley is designed with maximum support and comfort in mind, with tuned forging, a welded lacing system and an optimized fit. The stylish and sustainable apparel includes the men’s Parley 4KRFT Shorts and women’s Parley Believe This Tight, both made from at least 75% upcycled plastic waste. 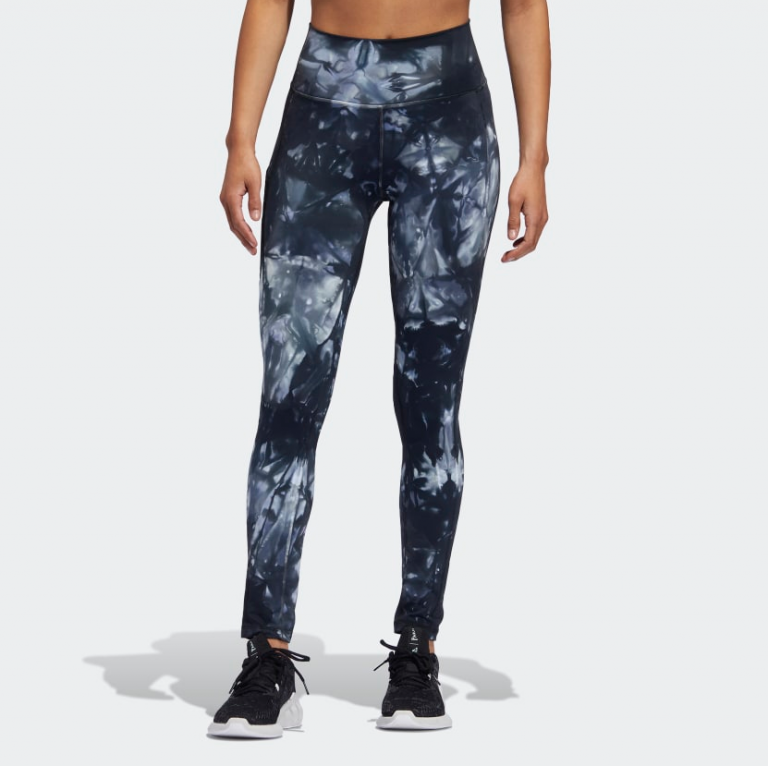 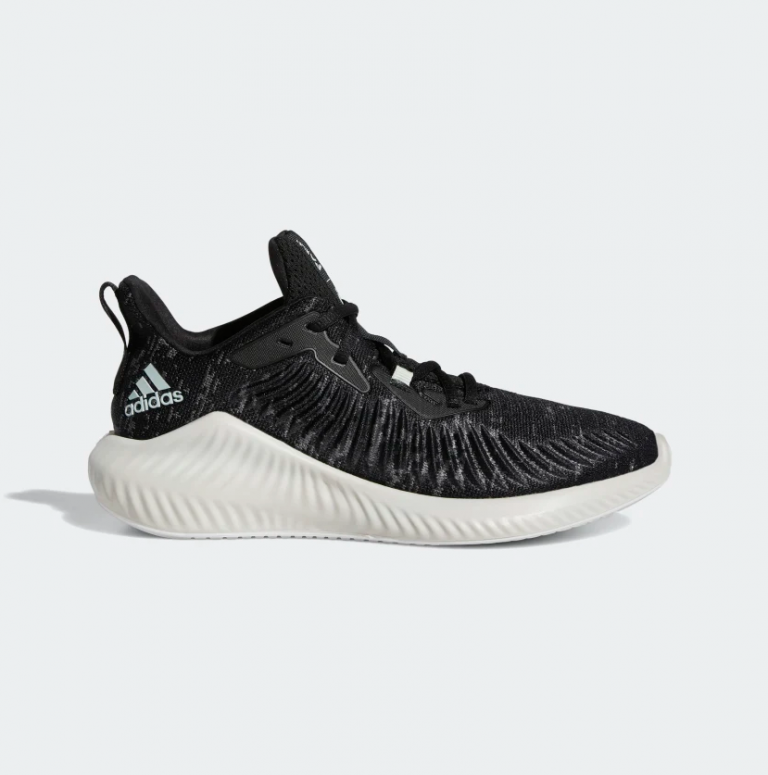 To join the movement and Run For The Oceans between June 8 and 16, runners worldwide can sign up and track their runs by joining the Run For The Oceans challenge via the Runtastic (Joyrun) app. For every kilometer run, adidas will contribute $1 to the Parley Ocean School (capped at $1.5 million). adidas will also host consumer events in Toronto, New York, Barcelona and Shanghai. For more information and to sign up for the digital run, visit adidas.ca/en/runfortheoceans.