The art project of unforgettable experiences

We stopped at the top of a muddy hill, with a van full of art supplies and a driver who refused to risk getting stuck in the mud or sliding off the road into the Amazon River. We decide to get out and walk the last kilometre to the school. So, the three of us grab as much as we can carry, and sludge our way to meet our group of anxious art students of the Brazilian Amazon. The torrential rain has already made us late, and we can’t wait anymore. We arrive at the school with heavy mud covering our shoes up to our ankles, Puuri is barefoot. We meet the twenty or so children and the youth workers, and they walk back to the van with us to collect the rest of the art supplies for the week. 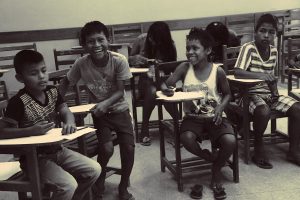 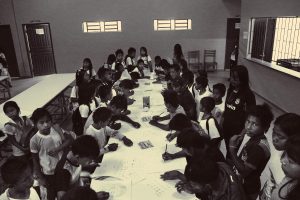 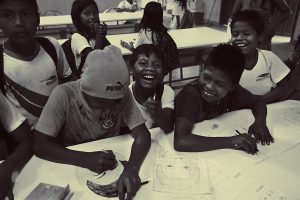 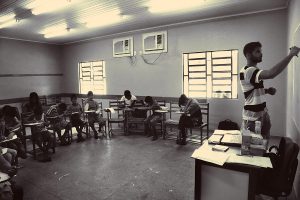 Day one of a long awaited project TRIPLICART, created by Brazilian Lavoisier Clement with the help of United Nations worker Fransisco Nery. They have invited dance instructor ‘Puuri’ Priscila Mimoto (Brazilian Japanese) to teach dance classes, and I’ve come from New York to teach painting and photography. Lavoisier will be covering the clothing/textiles classes, and there will be violin taught off site by Jeane Necklaces who is from the Amazon state where she works in education. The week before, I was speaking with Lavo and he was telling me how he couldn’t sleep last night because of gunshots outside his window. Someone had been murdered on the street in Tabatinga, the closest town to the Indian reserve, where the teachers would be staying during the workshops. Situated on the Brazilian side of the triple border with Columbia and Peru, which is how the project got its name, triple border art project, Triplicart! It’s an area known for cultural diversity, fresh fish, a lot of motorcycles, and unfortunately for being a route of heavy drug trafficking. Something told me this was going to be an unforgettable experience…. 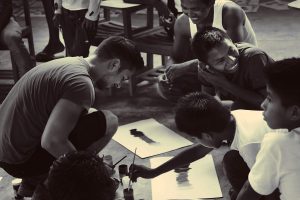 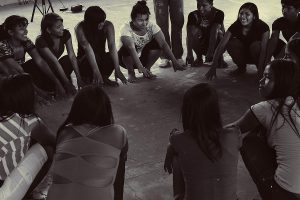 Umariaçu is a community of Tikuna, part of Brazil’s largest indigenous population, where there are often recorded instances of violence between rival youth group between communities. Triplicart would function to attract the attention of these young people and involve them in creative activities. Lavoisier had the privileged opportunity to be invited to Umariaçu with his friend Fransisco who was giving health education. It was during a cultural and dance presentation that Lavoisier had observed the creative potential of children and adolescents that was not being explored as it should be. Over the next few months, he managed to gain the financial support of mayor’s office of Tabatinga, who received funding from the Brazilian government, and found other excited artistic individuals to join him for a week. 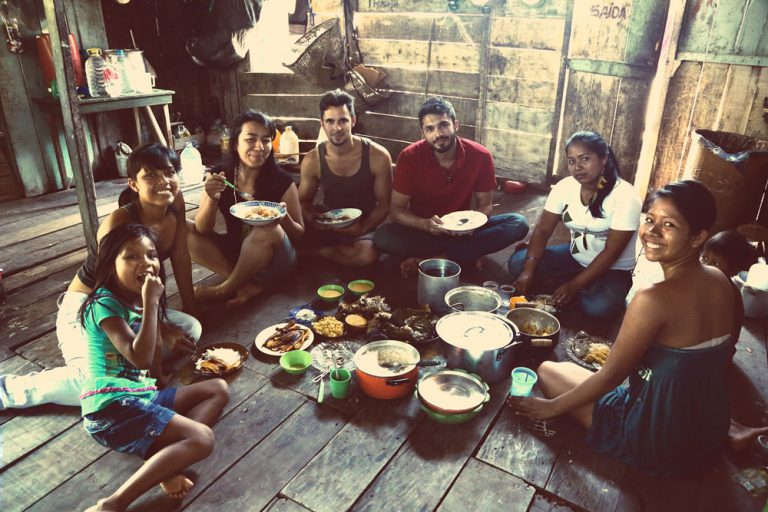 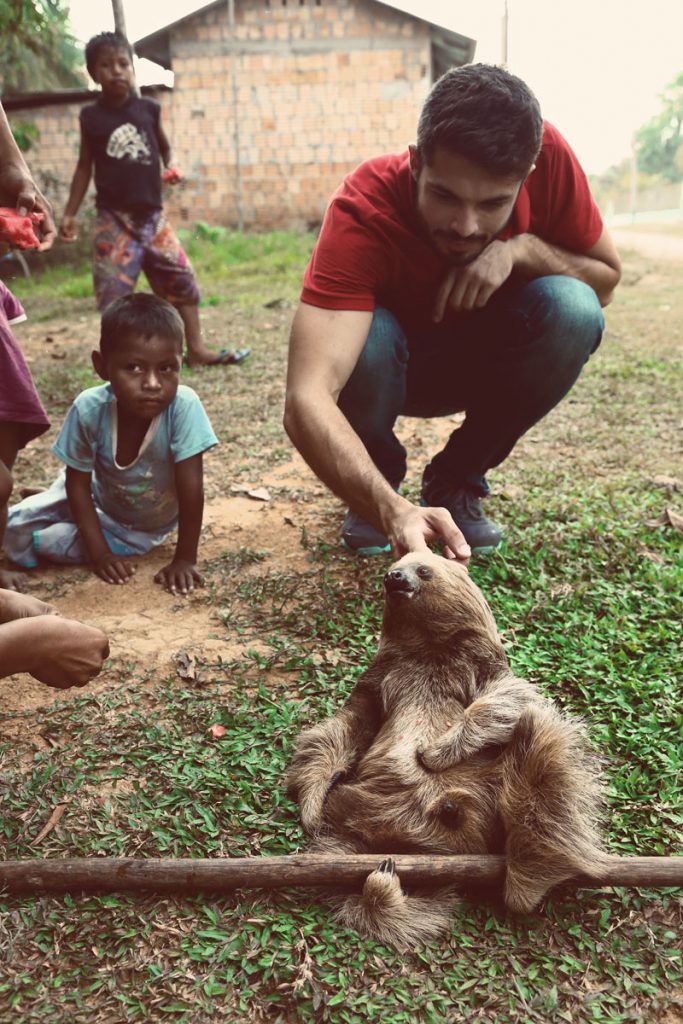 I arrived a week before the workshops, to help organize and search for scarce art materials in Tabatinga and the nearby towns in Columbia and Peru. The scavenged materials were of poor quality and much more expensive than you would find in a store in North America, making it very difficult for young people there to explore their artistic abilities. Lavo recalls some Tikuna children he taught younger than 10 years old who were able to sew garments better than students he had studied fashion with in university. I was also very impressed at the drawing skills of many of the young kids in my classes. My goal was to teach them new techniques that I learned in art school, like mixing any colour imaginable from only the few basic colours that we found in the shops in Columbia. 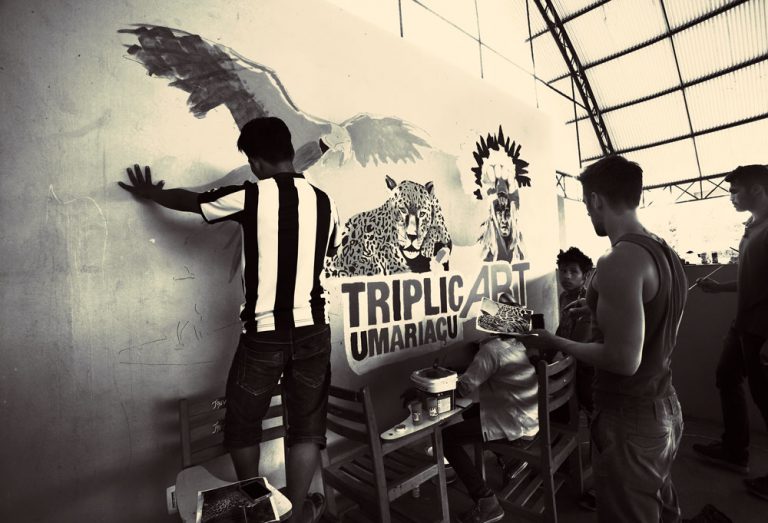 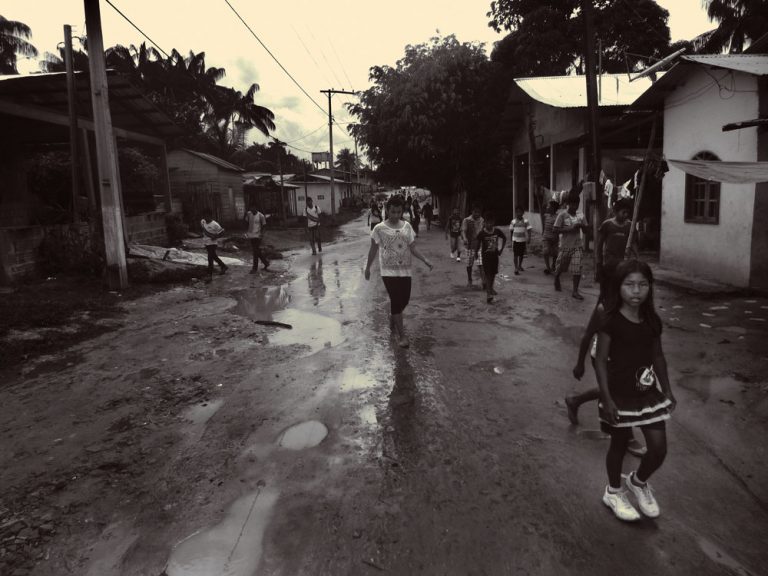 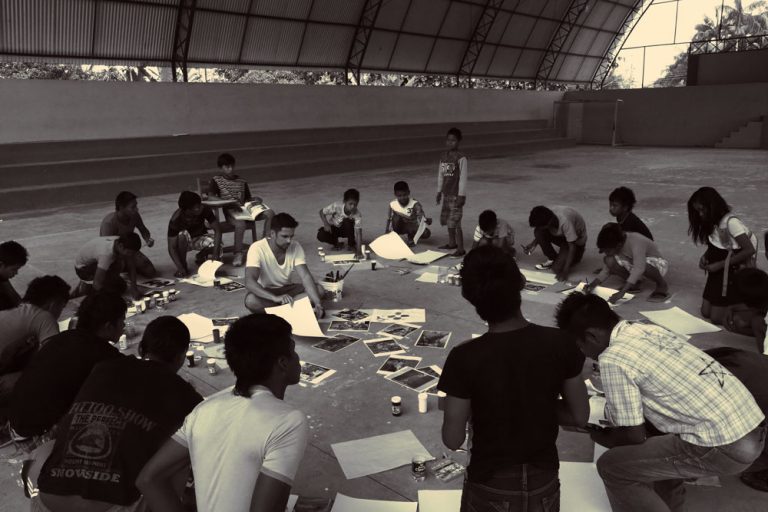 Two days before the workshops started, we held a meeting to introduce ourselves to the community and see the kind of art being created there. The room was full of enthusiastic young girls hoping to learn dance routines from around the world, but only two students raised their hand for photography class, and very few seemed to be interested in painting or textiles. While this had me envisioning small intimate classes, that turned out not to be the case. Each day the classes grew larger and larger, starting at around fifteen in each group, and by the end of the week around thirty students per class. The supplies we had brought were just enough that we were scraping the bottom of the paint containers upon completing the giant mural on the back wall of their event/sports space. 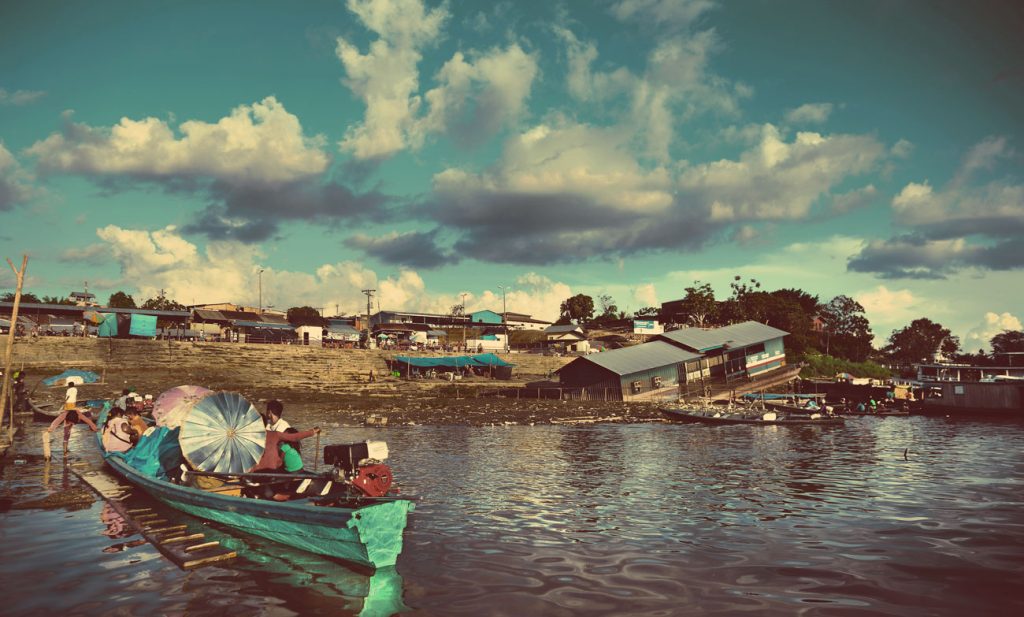 Monday we began rain soaked and muddy with a room full of students who had no idea what to expect, but were ready to absorb everything they could from us, teachers who had seen more of the world than they believed they ever would. As the week progressed, we all had common goals, to work together and paint a giant mural that represented Triplicart and the Tikuna community, and to have an incredible final presentation and celebration. Reaching our goal, all the work went on display and we celebrated with an afternoon of music, dance, and a fashion show. 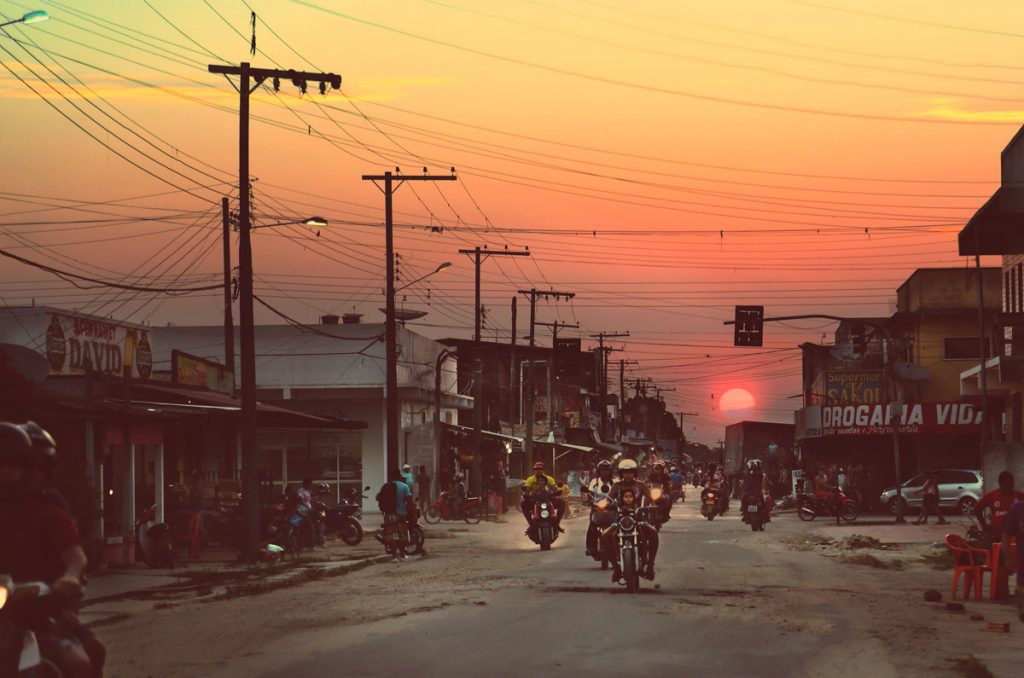 We plan to go back next year for round two. I think enrolment will be more than double after seeing almost a hundred children show up for the presentation. We also have several other communities around Brazil that we are looking into reaching with Triplicart.