Toronto, ON – This year, Toronto will be represented by five avant-garde artists at Montreal’s largest underground contemporary art festival, Art Souterrain. Now in its tenth year, the exhibit will display the works of 94 different artists from March 3 to 25 within the seven buildings that make up the city’s underground pedestrian network, as well as an additional nine satellite cultural venues throughout Montreal. This year’s theme, Labor Improbus, will weigh in on the role of the individual in the modern workplace through a range of perspectives, referencing difficult subjects including modern slavery, prostitution, mass tourism and the effects of the economic crisis.

“Labor Improbus stems from the festival’s location in downtown Montreal, as well as the remarkable evolution of the working tools in the West,” said Frédéric Loury, principal curator and artistic director, Art Souterrain. “Each day, more than 300,000 individuals will pass through our exhibition area on their way to work, making it pertinent that we reflect on the contradictory notions of labour. Citizens have never been as free to choose their work environment as they are now, yet they’ve also never been as exploited and vulnerable.” 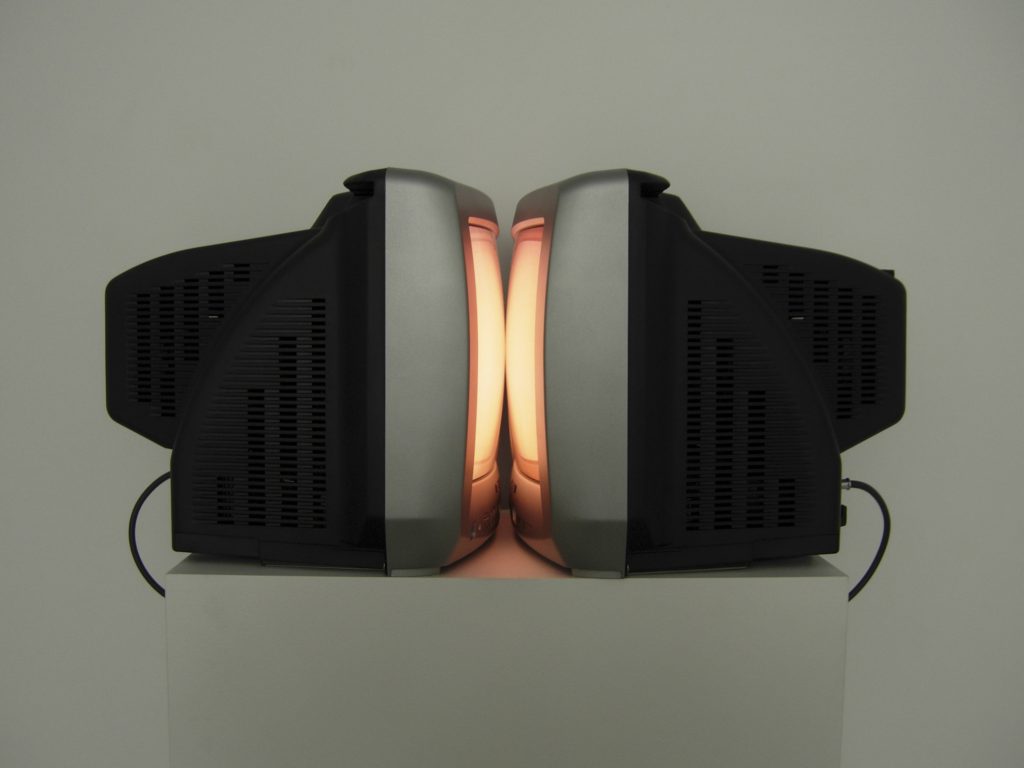 “The initial inspiration for our artwork stemmed from various issues that were urgent within the trade union movement back in the 1970’s.” said Carole Condé, Toronto-based artist. “The workplace landscape has drastically shifted in recent years and Labor Improbus embodies, celebrates and reflects this change. We couldn’t be more thrilled to display our current project and represent the city in which we work, live and continue to be inspired by.” 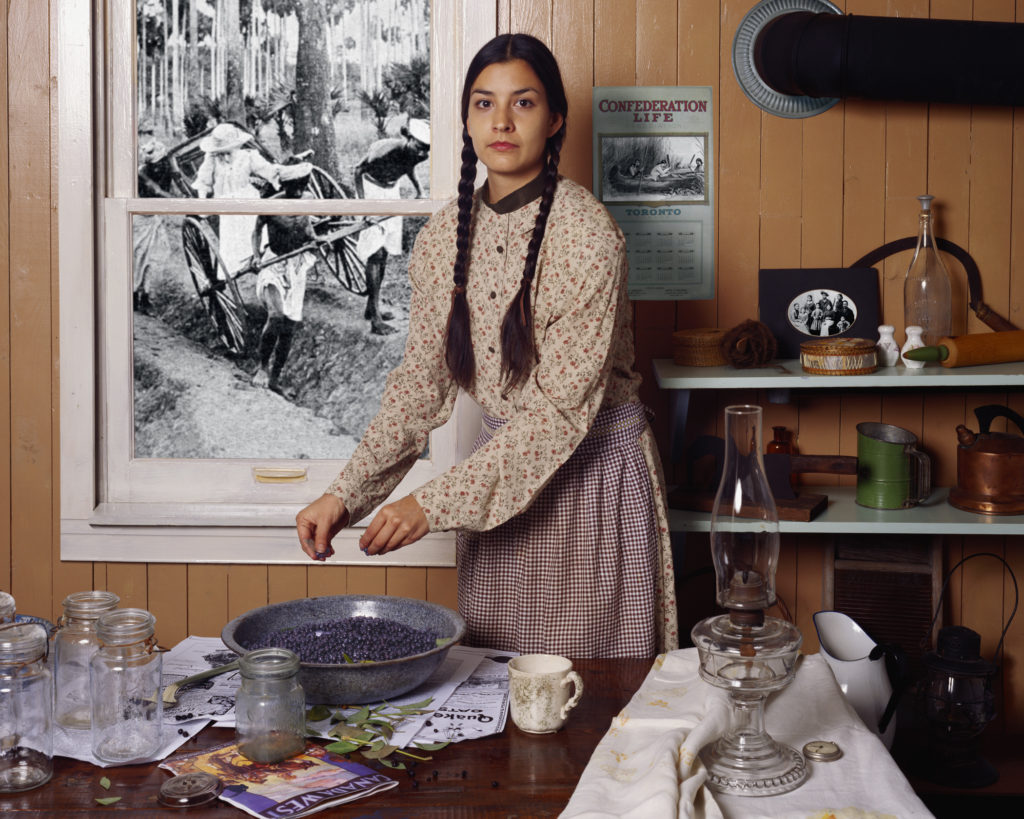 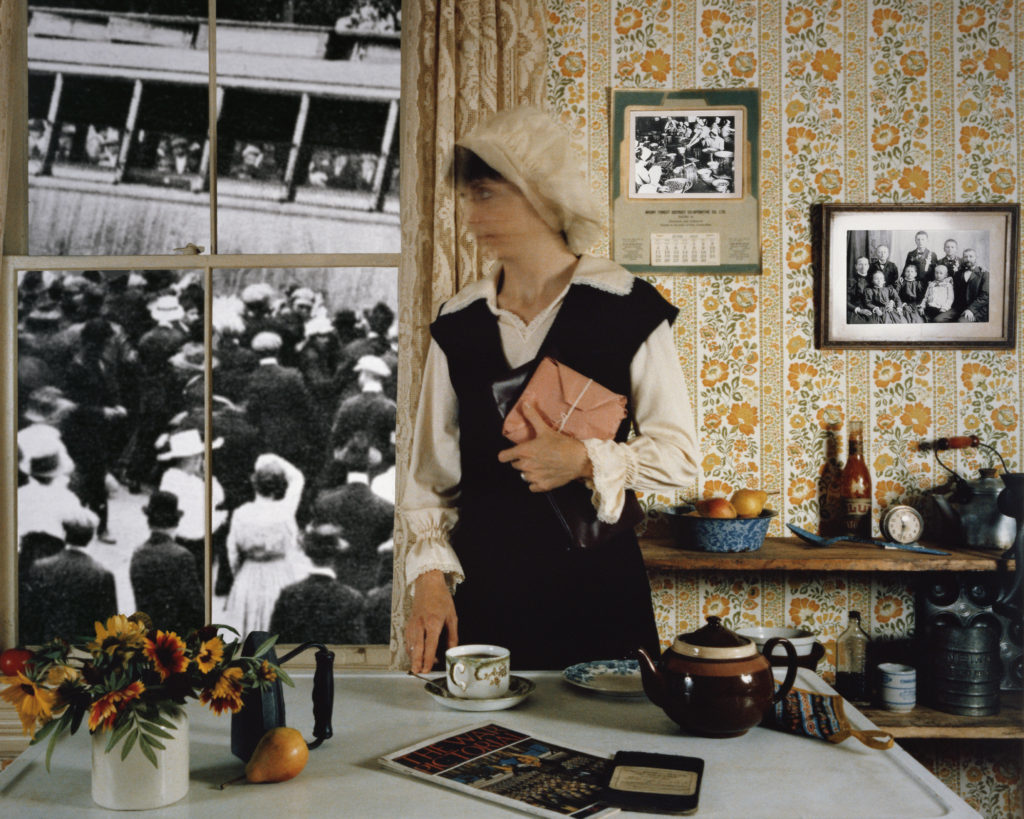 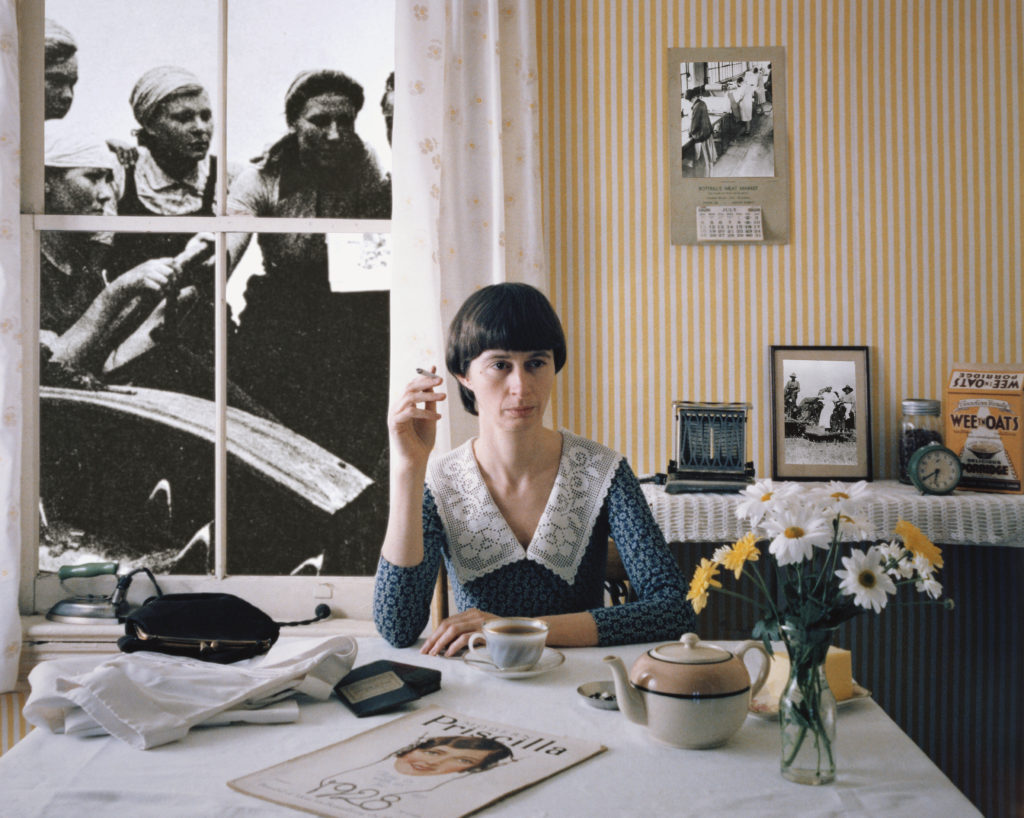 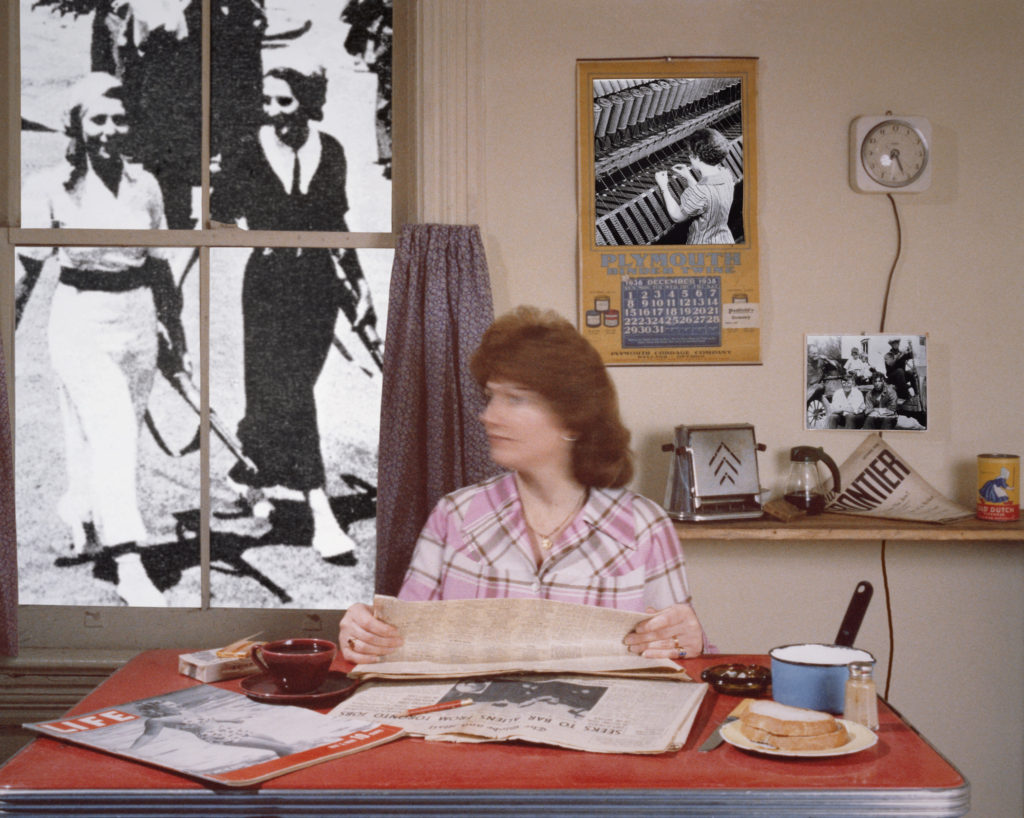 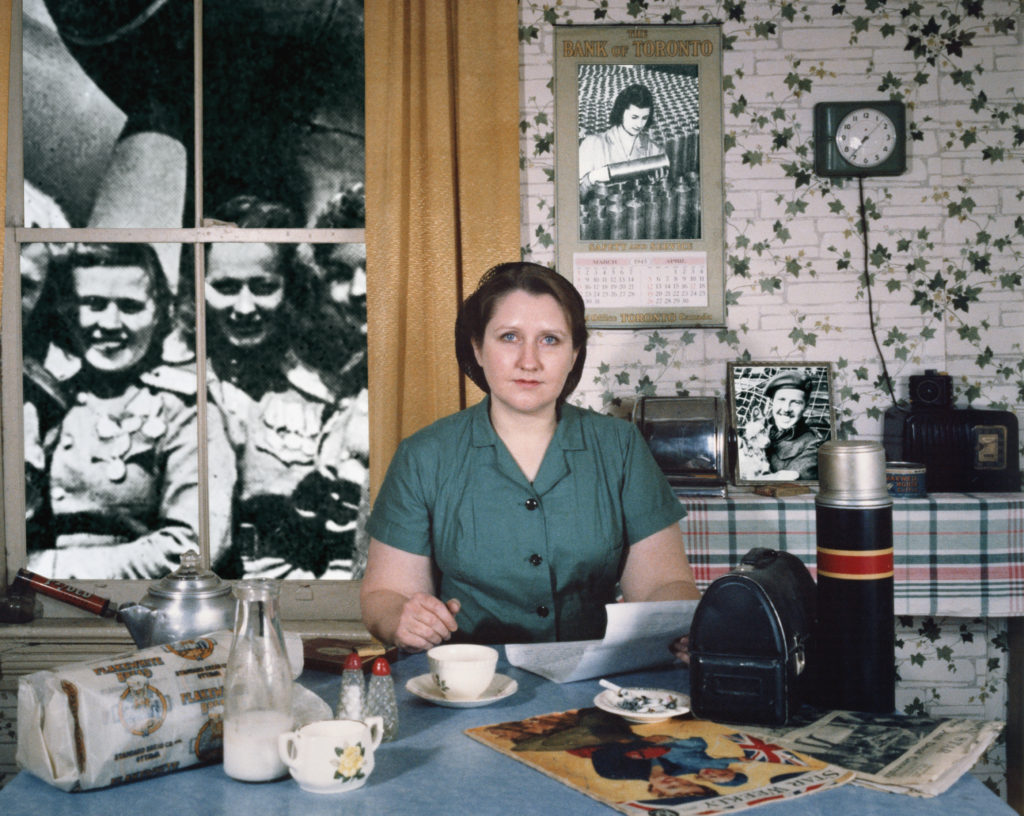 Dressed as an office worker and personifying Atlas, Canadian performer Johannes Zits carries the weight of the modern human condition on his shoulders, as he carts around bundles of garments made by exploited workers. 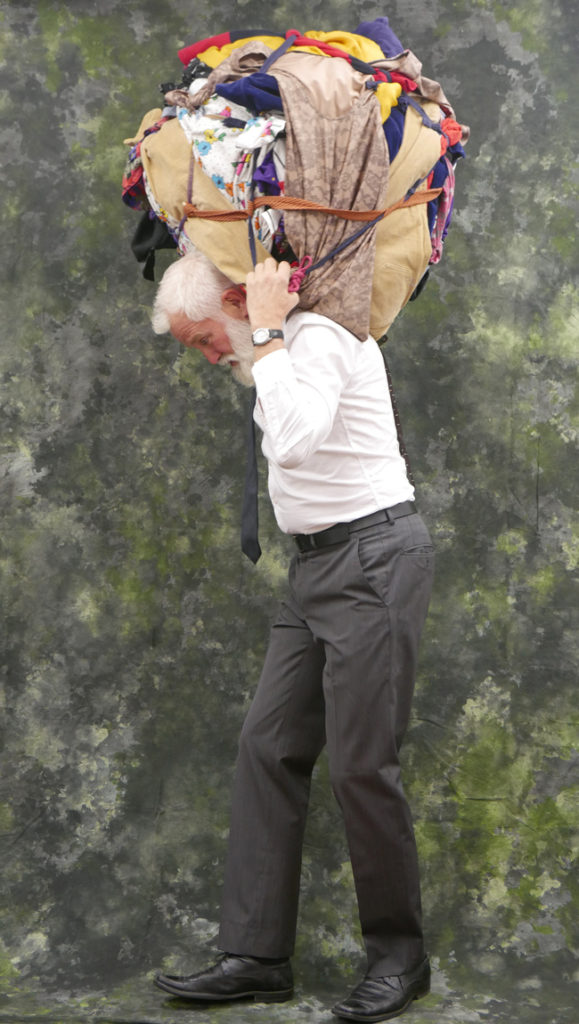 With Life’s a Beach, British photographer Martin Parr from the Magnum Photos agency heads to the beach and offers a curious and sardonic look at mass tourism.

With the installation Mending Booth, Canadian Mindy Yan Miller invites passers-by to sort clothing items according to their country of manufacture and to repair them.

With his photographic series Car Poolers, Mexican artist Alejandro Cartagena reflects on the labour conditions of thousands of Mexican workers who climb into the backs of pick-up trucks daily to commute from their home to their place of work.

Canadian Adad Hannah revisits a masterpiece by painter Géricault with his video The Raft of the Medusa (Saint-Louis) (2016), creating a tableau vivant that features shipwrecked Africans.

With Swedish Dads, Swedish photographer Johan Bävman seeks out fathers who have chosen to raise their children and questions the stereotypes and traditional attributes associated with masculinity, in a country where maternity leave has been replaced by parental leave.

Festivalgoers will have three weeks to explore installations, sculptures, photos, videos and live performance art forms via the two main exhibition circuits: the underground and the satellite. Running concurrently to the exhibition, a series of activities and events will bring the two circuits to life, providing the opportunity to engage the artwork and the public. By integrating artwork into citizens’ daily lives, Art Souterrain aims to emphasize the importance of modern art as fundamental pieces to everyday life, inspiring more than the average art fanatic.

The festival is free of charge. For more information on programming, activities and audio guide, visit: www.artsouterrain.com

About Art Souterrain
Since 2009, Art Souterrain has been attracting a large audience and helping them grow an appreciation for contemporary art. Unique in North America, the festival takes place in Montreal’s famed underground city, a network of pedestrian passages used by over 100,000 people daily. The festival takes art outside conventional venues and into the public space, breathing life into this original part of Montreal’s architectural heritage as it showcases the diverse practices and modes of expression of artists from the local, national and international scenes.