The iconic downtown Toronto building, which dates back to 1891, had seen better days, and was on the verge of collapse.Today, what stands is the restored Broadview Hotel, a chic 58-room boutique hotel that’s much more than a place to sleep.

The $25 million restoration included bringing in award-winning DesignAgency, to fuse historic and modern details in a manner that respects the iconic building’s heritage, while incorporating contemporary culture.

The property’s history abounds in every corner, from the brass detailing (including brass poles in some rooms), boudoir-inspired guest rooms (which features Victorian-inspired wallpaper and upholstery) as well as original brick works. 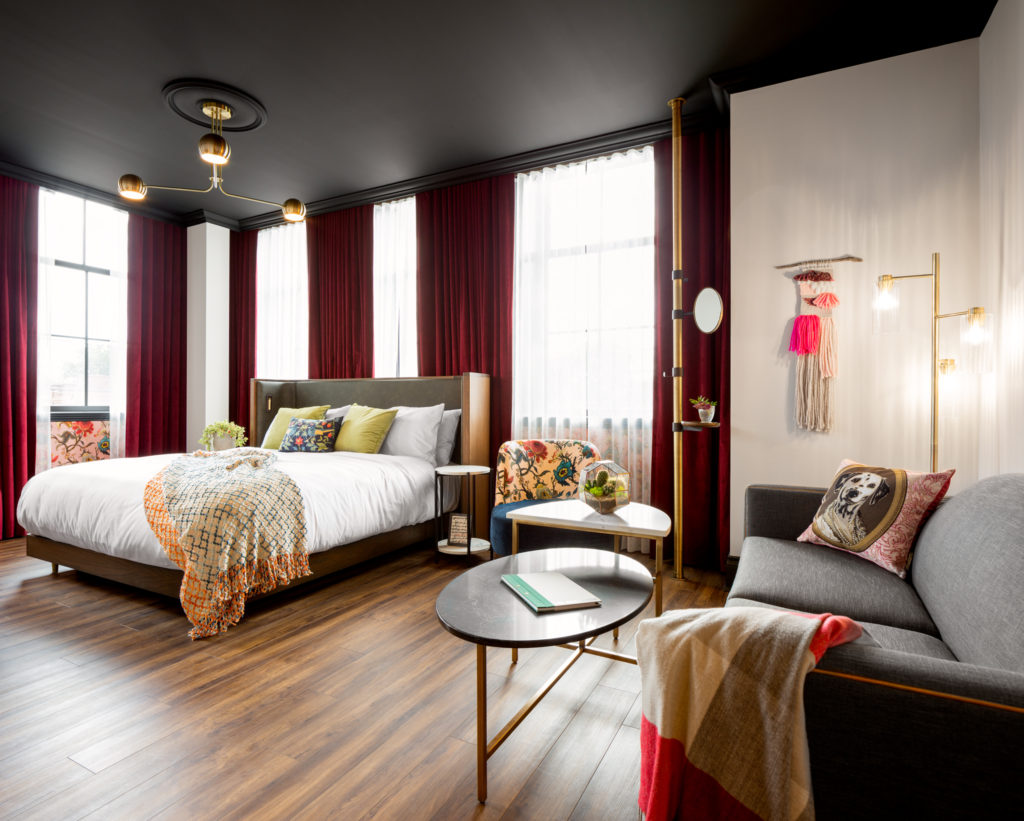 It’s also been revitalized with a ground floor 80-seat restaurant – the Civic – as well as a swanky rooftop patio with a stunning 360 degree view of Toronto’s skyline. The lobby’s Café + Bar offers breakfast and lunch, and a chic nighttime hang out. 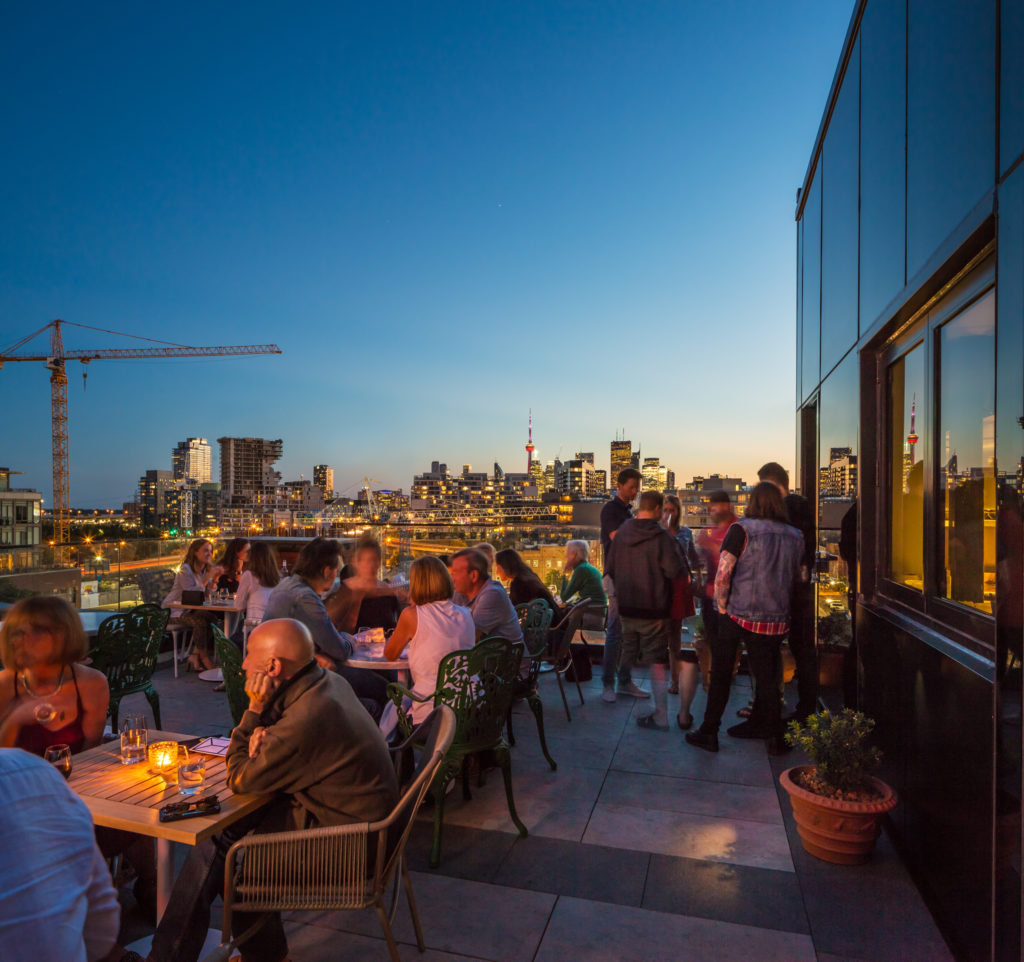 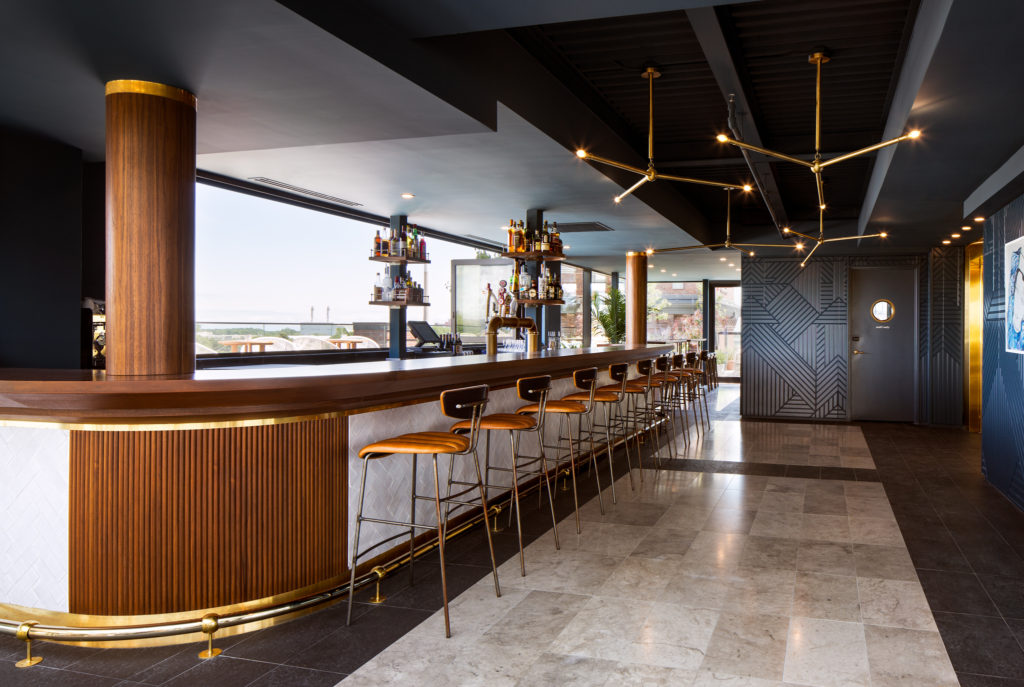 The hotel’s four thousand square foot space is the perfect venue for parties of all shapes and sizes.

During renovations, construction workers peeled back seven layers of wallpaper, which Matt Davis, of DesignAgency says was “the historical starting point.”

“Peeling back the decades, we saw these interesting trends and style changes.”

In an interesting twist, the latest layer, from the 1990s, was almost identical to the original coating, in style and colour. In a nod to nostalgia, it was the design they went with on the latest layer.

Davis touts the “eclectic designs of furniture, a mix of styles and periods” that surround every corner of the Broadview. 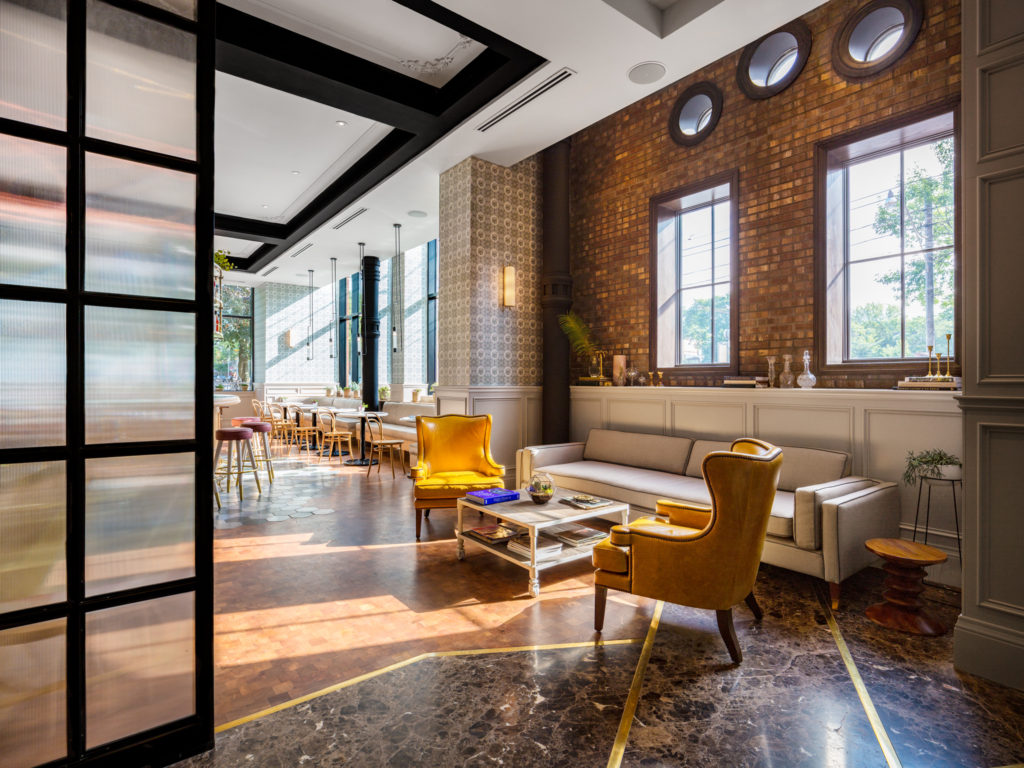 They even took the original fire escape stairs that had been built on the exterior, and created from it a “black metal mosaic” around the lobby elevator. 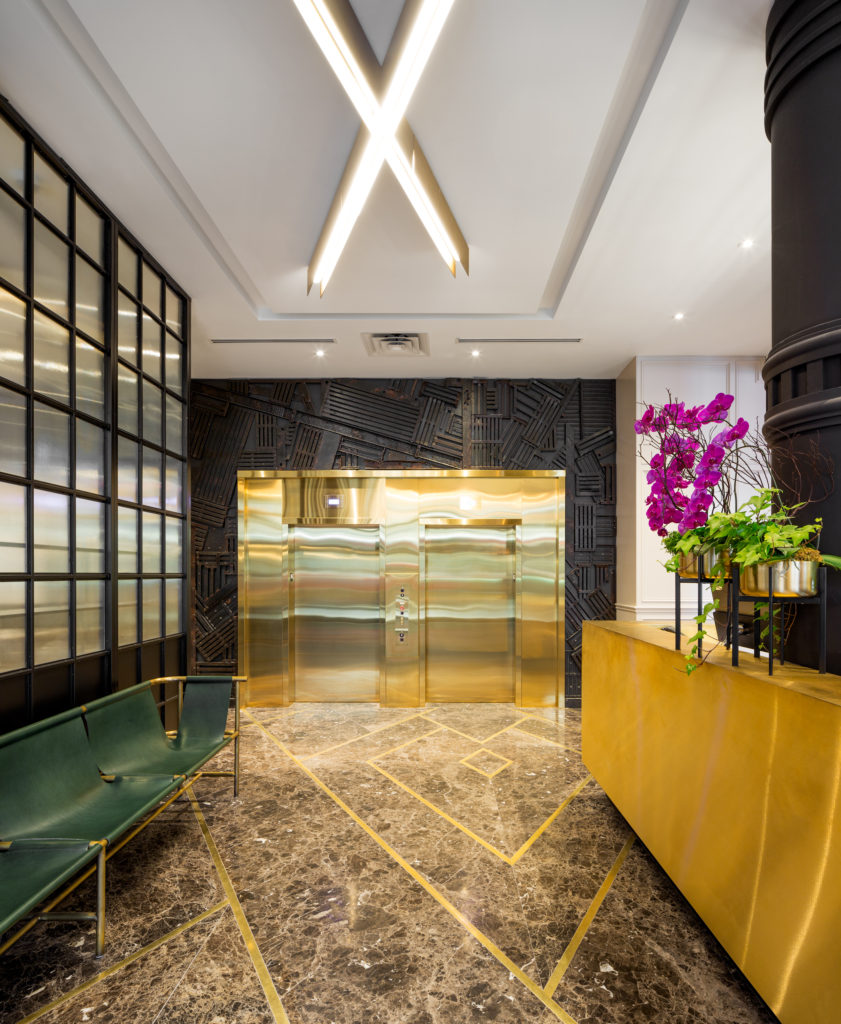 “I think the greatest point of pride, is that this property has come to life in the way it was intended to, as a place for everybody to find a comfortable place and a smiling face,” noted Murray Henderson, the general manager of The Broadview Hotel. 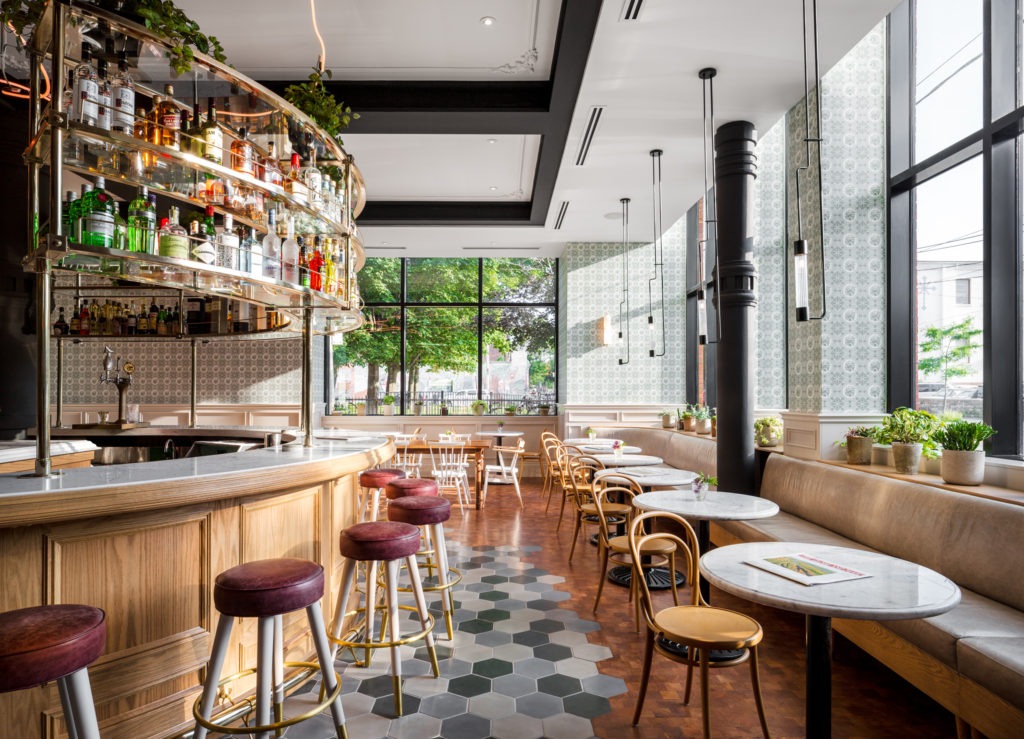 “The building is as gorgeous as on the inside as outside. I’m delighted that people are coming in, and it’s all paying off. What we have done is beautiful. It was a delight to see when we’ve opened, that we’re totally on the right track, with the vision of what it was to become, what it became, and what the community wants it to be.” 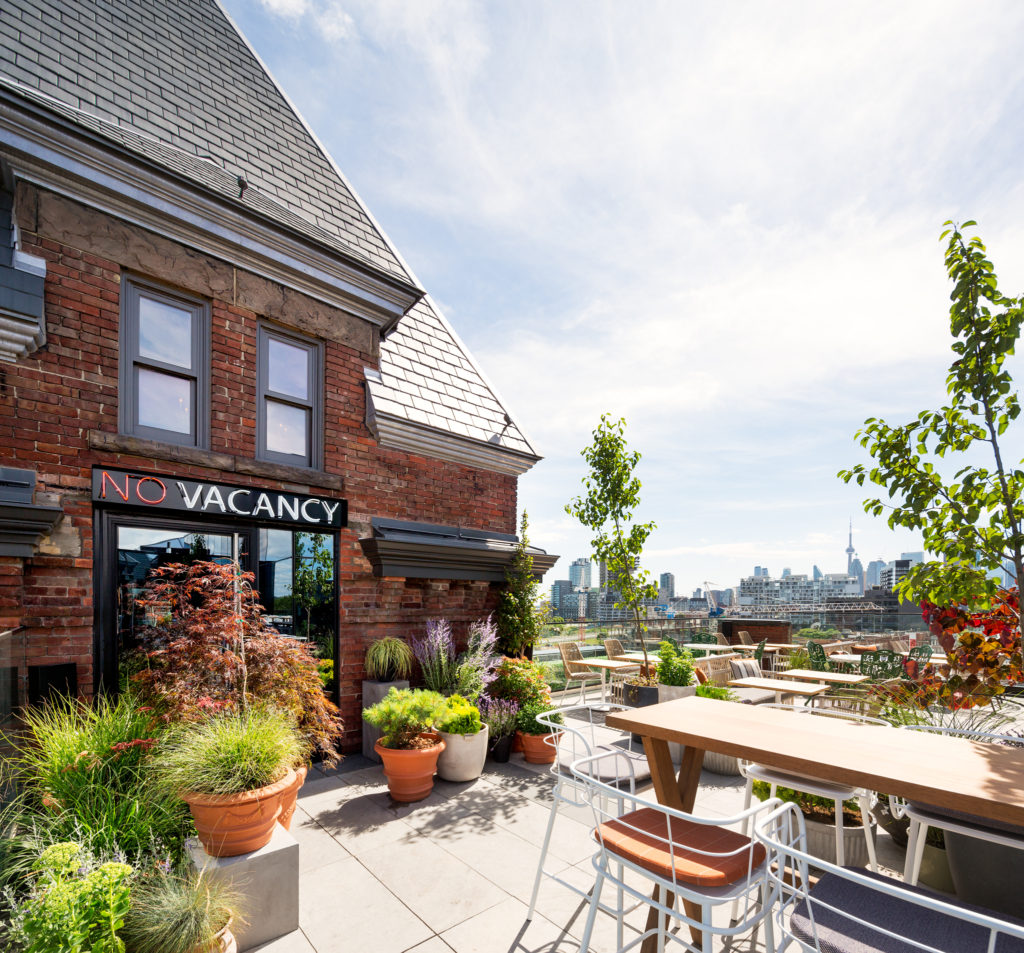 It is destined to be a must-see on any tourist’s agenda, and an iconic piece of Toronto landscape.