Not a woman to let adversity get her down

In another time, she was Eilleen Regina Edwards, a young girl growing up in Timmins, Ontario, living in a tumultuous home with her mother and stepfather. Today, she is Shania Twain, the pop and country music superstar, whose road to fame has been paved with rocky shambles and countless hurdles. But Twain isn’t one to feel sorry for herself but instead, has chosen to parlay her hardships into music that has captivated the globe. Her success broke the Canadian barrier and to date, she has managed to sell over eighty-five million albums worldwide.

To look at the songstress today, one would think she had grown up in a home with every privilege and benefit befitting a talented singer, but this was not the case in Eilleen Edwards’ childhood. She was born on 28 August, 1965, but her parents divorced when she was young. Her mother soon remarried and her stepfather legally adopted Eilleen and her two sisters, changing their last name to Twain. Still, a happy home wasn’t in the cards for the Twain family. They lived in a household fraught with anger and abuse at the hands of her stepfather. The family also suffered in poverty and so Eilleen began singing in bars at the age of eight, in order to help make ends meet.

After high school, Eilleen moved close to Toronto and saw moderate success, singing at a few events and pursuing some professional singing lessons. But tragedy struck the Twain family when her mother and stepfather were killed in a car accident, prompting Eilleen to move home to take care of her siblings, paying the bills by working as a musical performer at the now famous Deerhurst Resort in Huntsville, Ontario. Once her siblings were old enough to move out on their own, Eilleen pursued her singing career and was soon signed by Mercury Nashville Records, producing her self-titled album and finally changing her name to the now notorious Shania Twain. 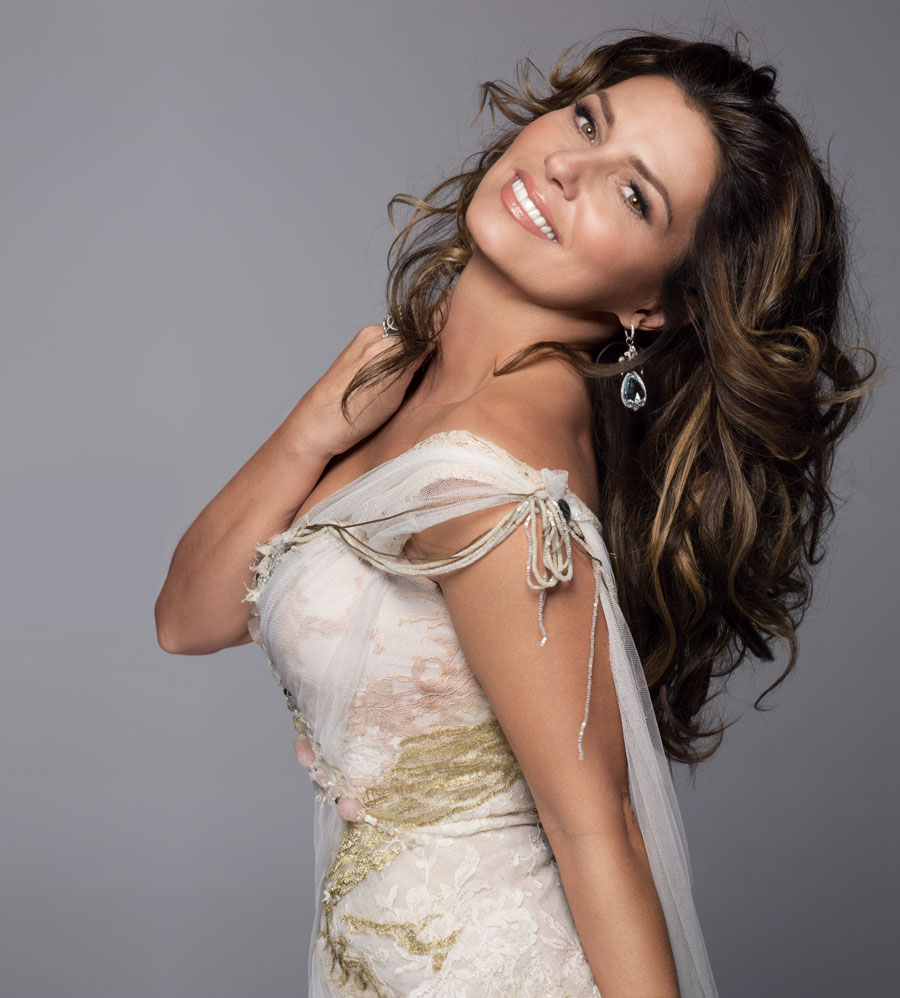 Soon, she appeared on music producer Mutt Lange’s radar and they began collaborating on her second album. It wasn’t long before the hit single, “Whose Bed Have Your Boots Been Under,” from Shania’s second album, 1995’s The Woman in Me, was hitting radio waves, making Shania an instant country and pop music queen. The album also led to personal gain for Twain, as her and Lange married and eventually had a son in 2001. From there, every album she produced was a massive success, with her third album, Come On Over, selling forty million copies.

After being thrust into the limelight, and considering the raging success of her albums, Twain and Lange took refuge in their home in Switzerland, away from the public eye and embracing a quieter life. Sadly, Twain soon came to serve as a reminder that awful things happen to the best of us and despite her fame and fortune, her relationship was not safe from the Hollywood curse. In 2010, Shania’s fourteen-year marriage to Mutt Lange ended after he had an alleged affair with her best friend and secretary, Marie-Anne Thiébaud. The breakdown of her marriage was a shock to the world that saw their love as one of the most stable in show business and once again, Twain could not escape the public eye as the divorce was splattered across every gossip magazine in North America and beyond.

Not a woman to let adversity get her down, 2011 proved to be a big year for the country star. In the spring, Twain wrote her autobiography, “From This Moment On,” which for the first time, outlined some of the horrific abuse she survived during her childhood years. She wrote about the sexual abuse suffered at the hands of her stepfather, noting that he molested her and often beat her mother in front of Shania and her sisters. She also went into detail about the desperate level of their poverty and how the Twain children often went to school hungry. It was this difficult upbringing that prompted Shania to create Shania Kids Can, a program for young children with difficult home lives, be it abuse, poverty or other family situations. The program acknowledges that these children are at risk for social and emotional issues and hopes to give educators the tools to identify these children and provide them with an emotional outlet, support and encouragement.

To add to her accomplishments, Shania was honoured with an induction into the Canadian Music Hall of Fame and a star on the Hollywood Walk of Fame. She also starred in her own reality television show, Why Not? with Shania Twain, which aired on Oprah Winfrey’s network netting a tidy sum of ratings. And it seems that in all of the personal tragedy, Twain still managed to overcome. In her biography, Twain says that her and Frédéric leaned on each other for support during what was a very difficult time in their lives.

To add to her roster of abilities, Shania has also created and produced her show, “Still The One” at The Colosseum at Caesar’s Palace in Las Vegas. In the show’s press release, Gary Selesner, the president of Caesars Palace, echoed excitement for the new show. “We couldn’t be more thrilled to welcome her as The Colosseum’s first-ever country music resident headliner.

“Still the One” has Twain joining the ranks of another famous Canadian, Celine Dion, who has rocked the Colosseum stage and paved the way for other artists. Twain’s show gives Celine a run for her money, a spectacular event that her fans don’t miss, featuring music, fashion and entertainment that few can deliver quite like Shania Twain. “This past year has been such an amazing journey and to finding myself poised playing at the Colosseum is truly magical. The Colosseum is an iconic location with unmatched energy, and I’m excited to still bring a pop/country spin to the city. People from all over the world travel to Las Vegas and I’m so thrilled to be able to share my music with a truly global audience.”

So move over Celine Dion. Step aside chorus girls. Brace yourself city of Vegas. There’s a Canadian in town and nothing will get in her way. She’s a dynamo, a Canadian treasure and a woman who doesn’t take no for an answer.