Tom Broecker doesn’t get a lot of sleep and he’s fine with it. He just really loves designing costumes. He’s been at the helm of SNL as the costume designer since the 90s, but he also dips his hands in theater, movies, fashion consulting, and TV series like House of Cards. We chatted with him about juggling it all and trying to give each of his projects enough time in the air. 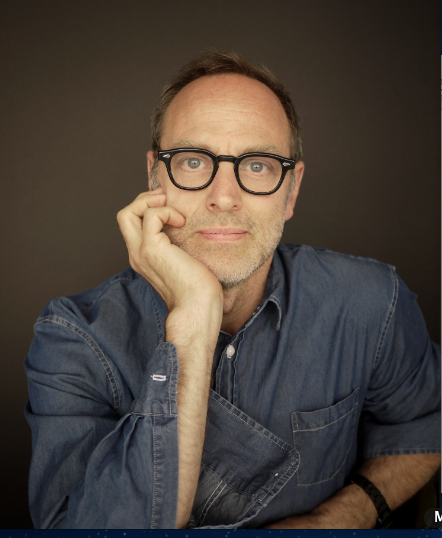 What are you most proud of?

I love my work on Saturday Night Live, there’s an exhilaration to how all of that happens, but I have to say it’s definitely House of Cards. I loved working with David Venture and all the other directors on House of Cards; it’s an intense labor of love.

How is designing costumes on SNL different from a show like House of Cards?

With House of Cards, I can develop through a slower pace and give it time to develop subtly with what transpires and so that you have more psychology built into each outfit, and each outfit informs the next outfit along the arc of the character. Over the sixty minutes needed to make SNL, the costume has to do everything. You’re not giving the character a psychological life. You’re giving it more of a visual life that you still want to ring true to the actor that has to play it. You have to find the underlying truth of a six-minute character as opposed to ones who get sixty minutes. At SNL the characters and their arc is so fast that it’s instantaneous. You just have to give them the character’s costume because you don’t have time to develop it over episodes.

“Over the sixty minutes needed to make SNL, the costume has to do everything” 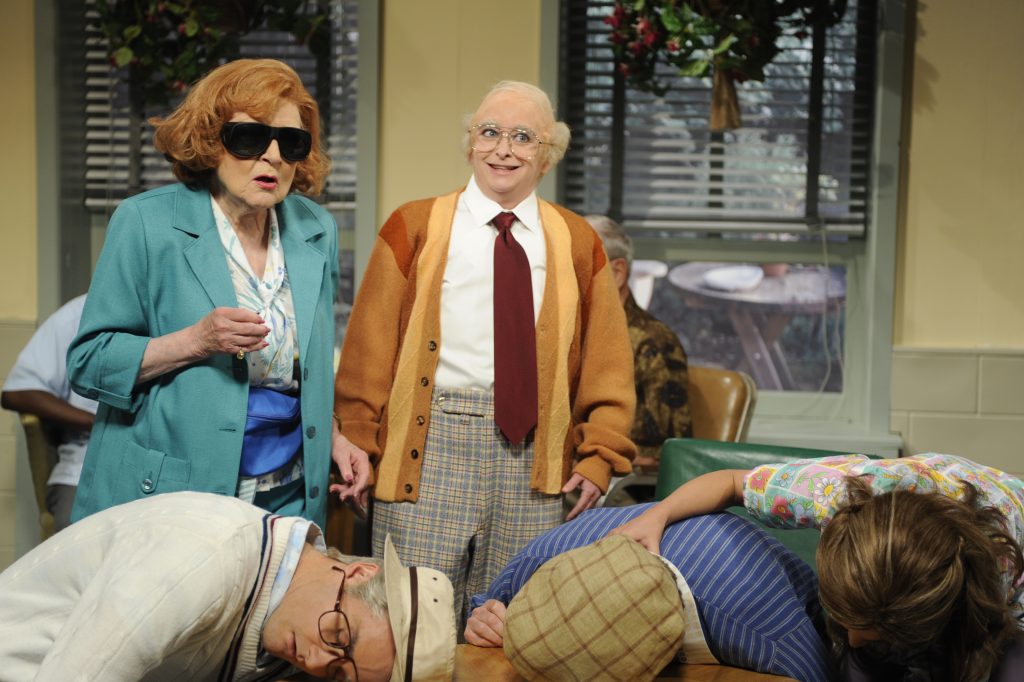 What do the projects you’re passionate about have in common?

I think what they have in common is that I’m always attracted to a really good story. I will always read the text first and then respond to it. Sometimes I find something in the story that no one else has seen. I’ll make really weird connections that other people don’t read.

What do you think makes you a particularly good fit for sketch comedy?

Wow, I have been trying to figure that out. The way Alec Baldwin is with comedy is that it’s a very serious business. I would watch him and talk to him and he treats comedy like it’s Shakespeare, Ibsen, or Chekov – that there is a truth to it. That’s the thing I find really interesting is finding that universality of truth. Being able to find the humor is one of the things that’s allowed me to stay at SNL as long as I have. First of all, I have to say that it’s an amazing job and that Lorne Michaels is just the most amazing person ever. But, you have to be able to throw everything out, just throw the costumes out, and not be attached to any one costume or design. It keeps you having to think and move forward, because all of the sudden you can be faced with the situation where the wardrobe boxes don’t come in for show time, because someone marked them with the wrong delivery date. In those moments, I feel like Holly Hunter in Broadcast News. So, it’s constantly forcing me to think – to create to those things and situations. 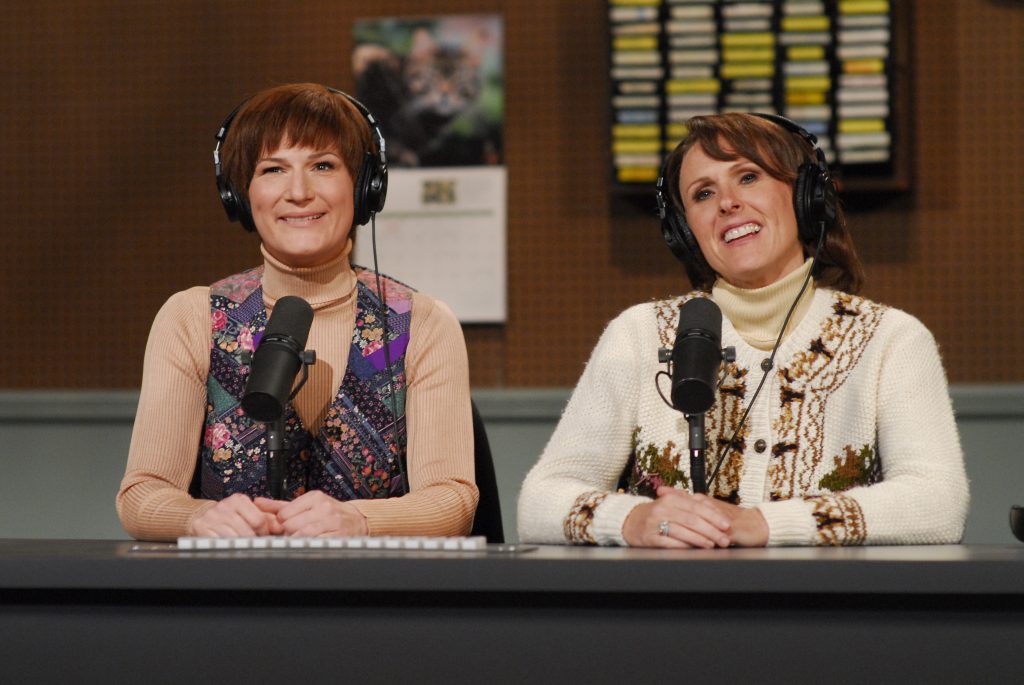 You must have stories of wearing crazy costumes of your own.

I guess so, yeah. My friend and I would go to the grocery store in the middle of Indiana dressed up in different clothes just to see people’s reactions. We would wear Hawaiian print shirts, with plaid shorts, and knee socks and sandals. We got looks and reactions like, “Who are these people?” 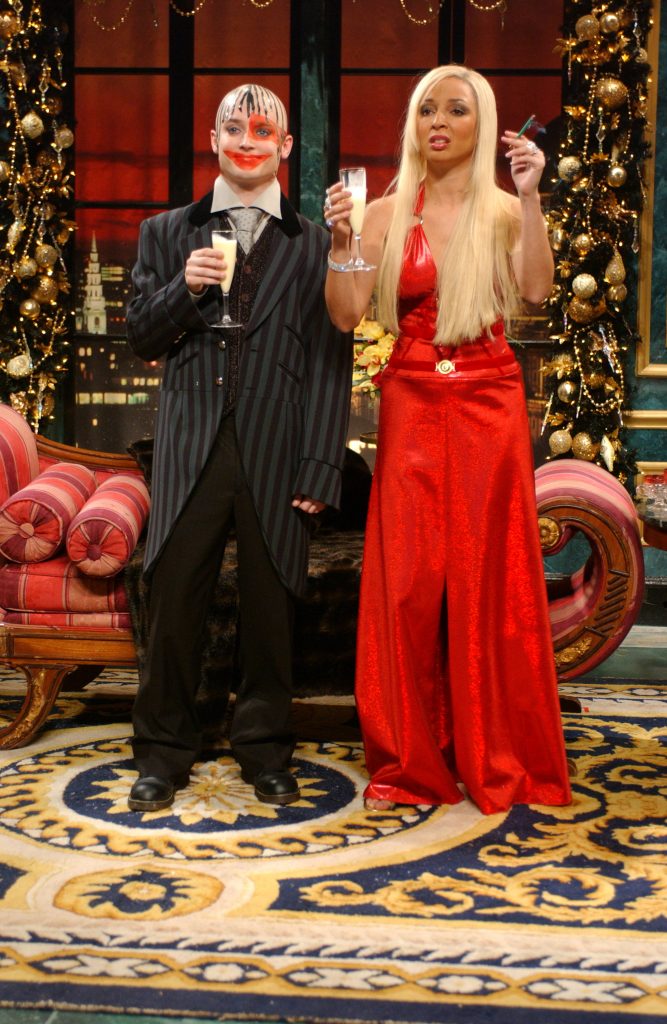