Chile is a treat for the senses

They were making out in the grass, teenagers and adults alike, as we biked past them in Forestal and Bustamante parks. It is a scene, our guide tells us, that grew out of youth who weren’t able to use their parents’ homes for liaisons.

It’s a cultural snapshot from Chile’s capital, Santiago, a city that has developed in recent decades its avant-garde galleries, boutique shops and celebrated culinary destinations. It has won its place in the New York Times’ “The 41 Places to Go in 2011” feature.

No stop in Santiago is complete without seeing the historical GAM cultural centre. Remnants of the long-dead socialist past are intertwined with symbols and stories of renewal and change.  Outside, in the courtyard, see the walls designed with panel-to-panel graffiti, an artistic renaissance that is as compelling, as politically poignant. Painstakingly detailed wall art, in fact, has made its way throughout many cities and towns, self-expression bubbling up to the surface after so many decades of being stifled. 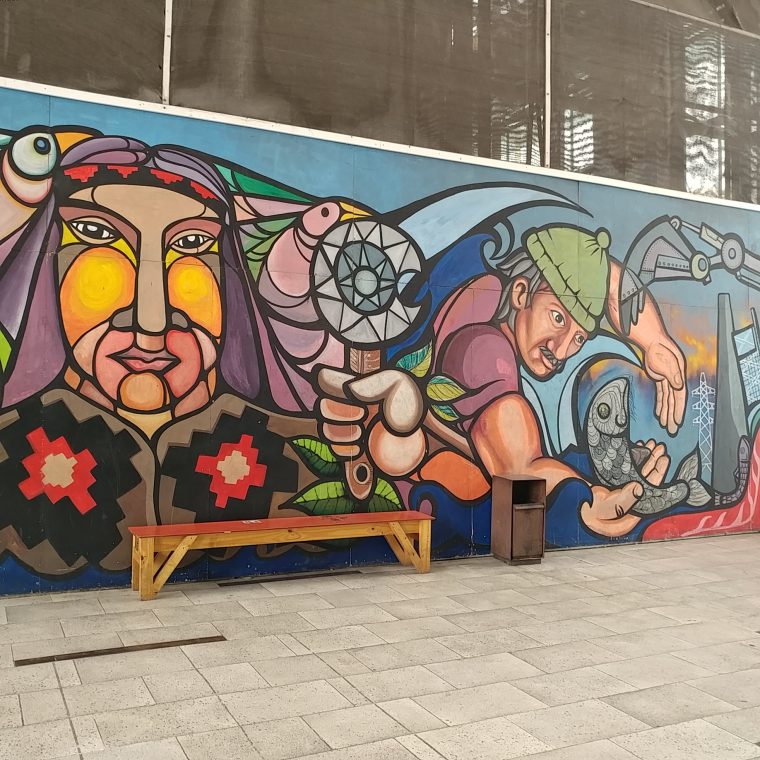 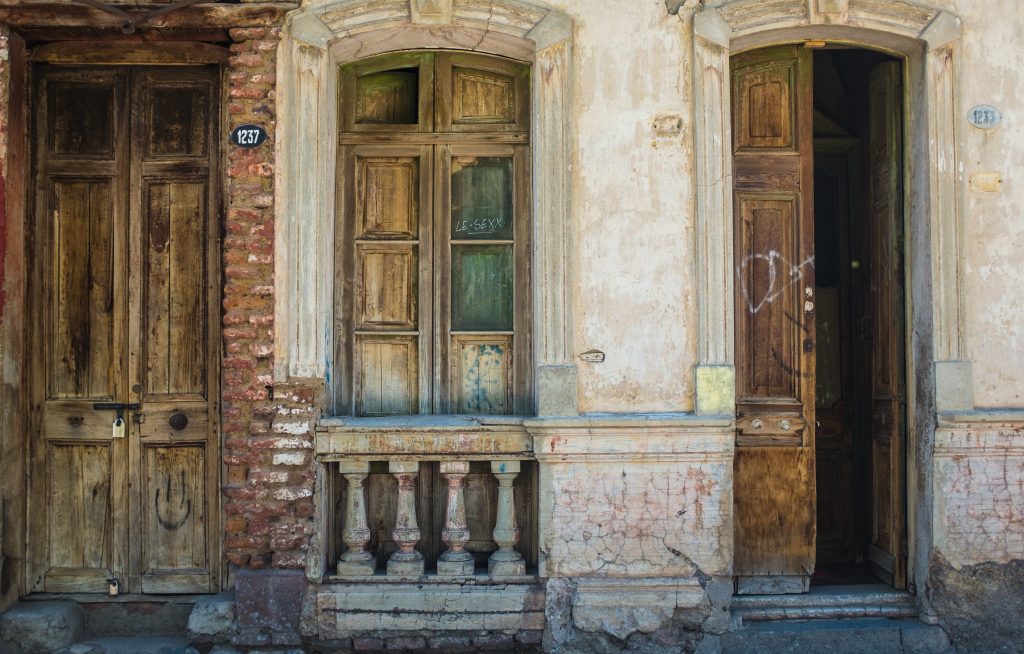 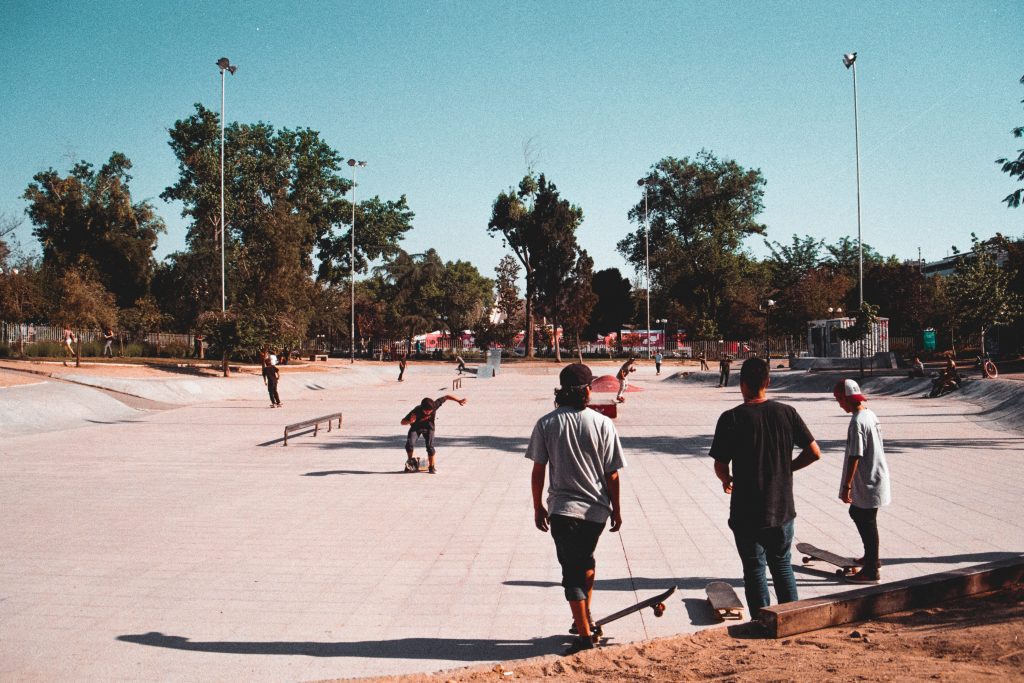 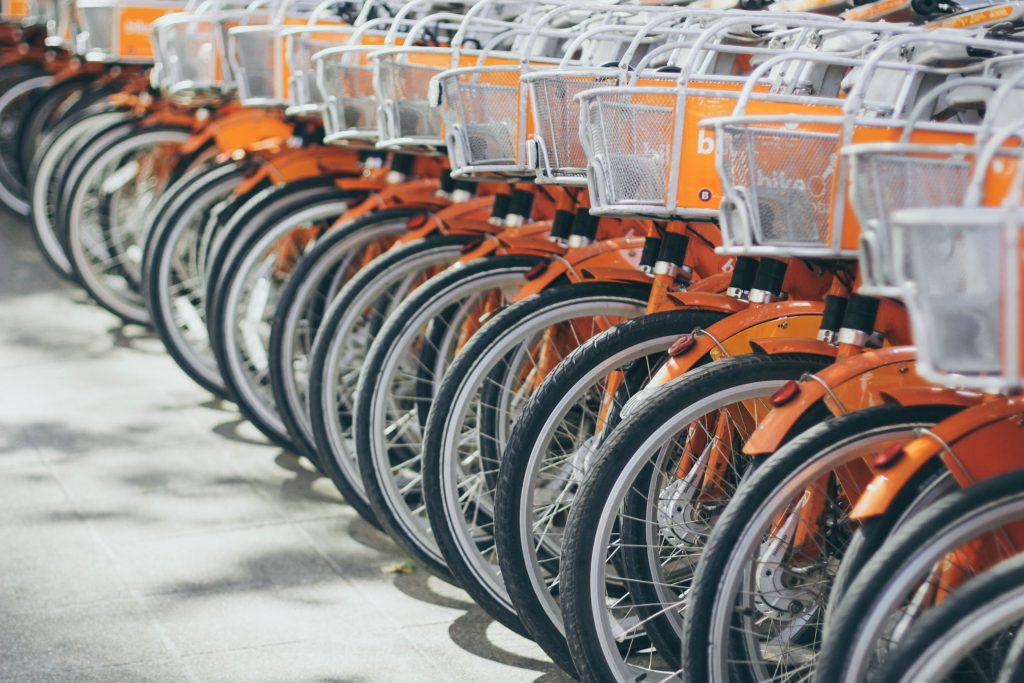 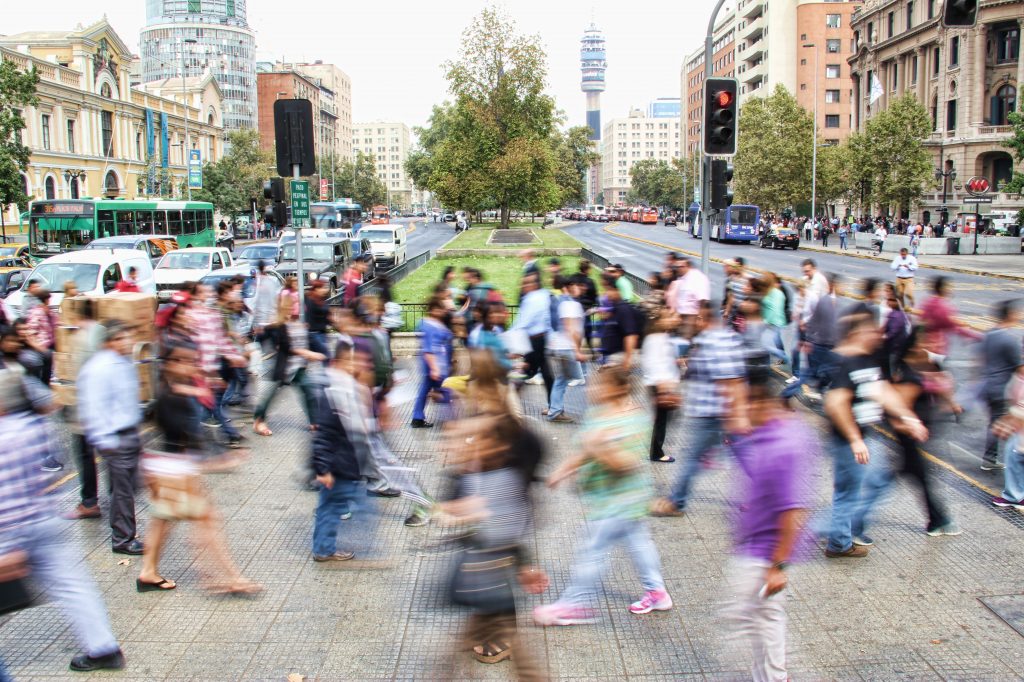 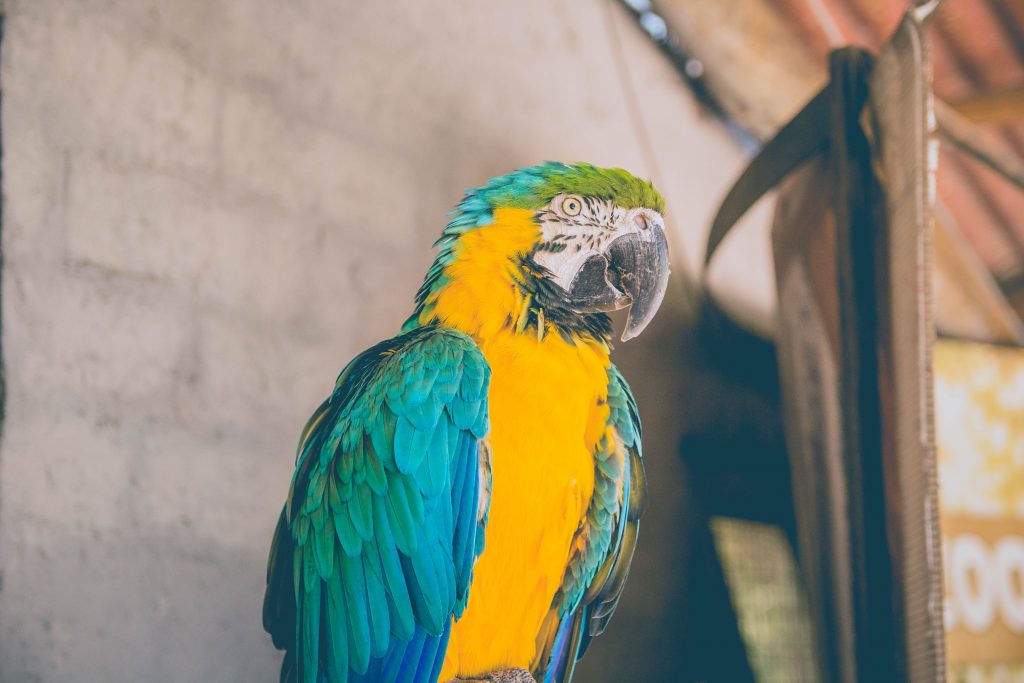 About an hour and twenty minutes away is stunning Valparaíso, a port city on Chile’s coast.

In the 1800s, a flood of European immigrants planted roots in the area, bringing with them their cultural architecture. It has lasted until today, where the area is still known as much for its steep and vibrantly coloured clifftop homes, as the corner-to-corner eclectic street art, stretching throughout downtown’s Plaza Sotomayor. 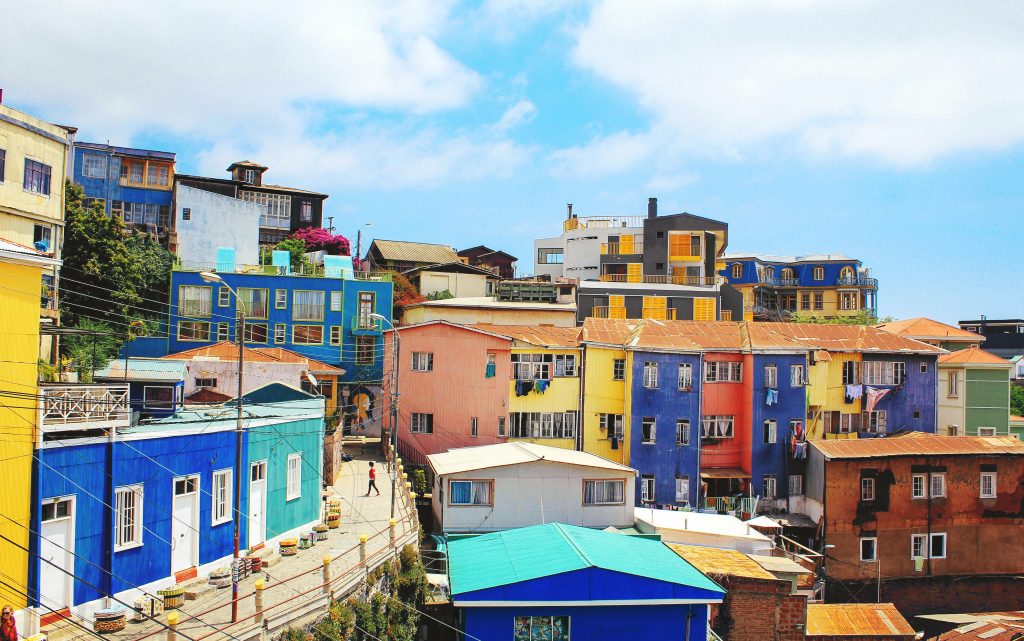 Chile’s rich cultural heritage is synonymous with its wine-making, and a visit to Estancia El Cuadro, a vineyard in the Casablanca Valley, is a must-see. There, you will see the Grape Wine Garden, where row upon row of 26 wine grape varieties grow. With a guided tour, learn how each grape is unique, producing a variety of flavours, colours and textures. The hilltop sun, mineral-rich soil, and coastal humidity combine to offer dramatic growing conditions unlike anywhere else. Be sure to stick around for the obligatory wine tasting.

One thing that Chile has plenty of, is wildlife, forest trails, volcanoes (dormant) and island life. That is why it’s recommended to take the off the beaten path to Puerto Montt, a two hour flight from Santiago. 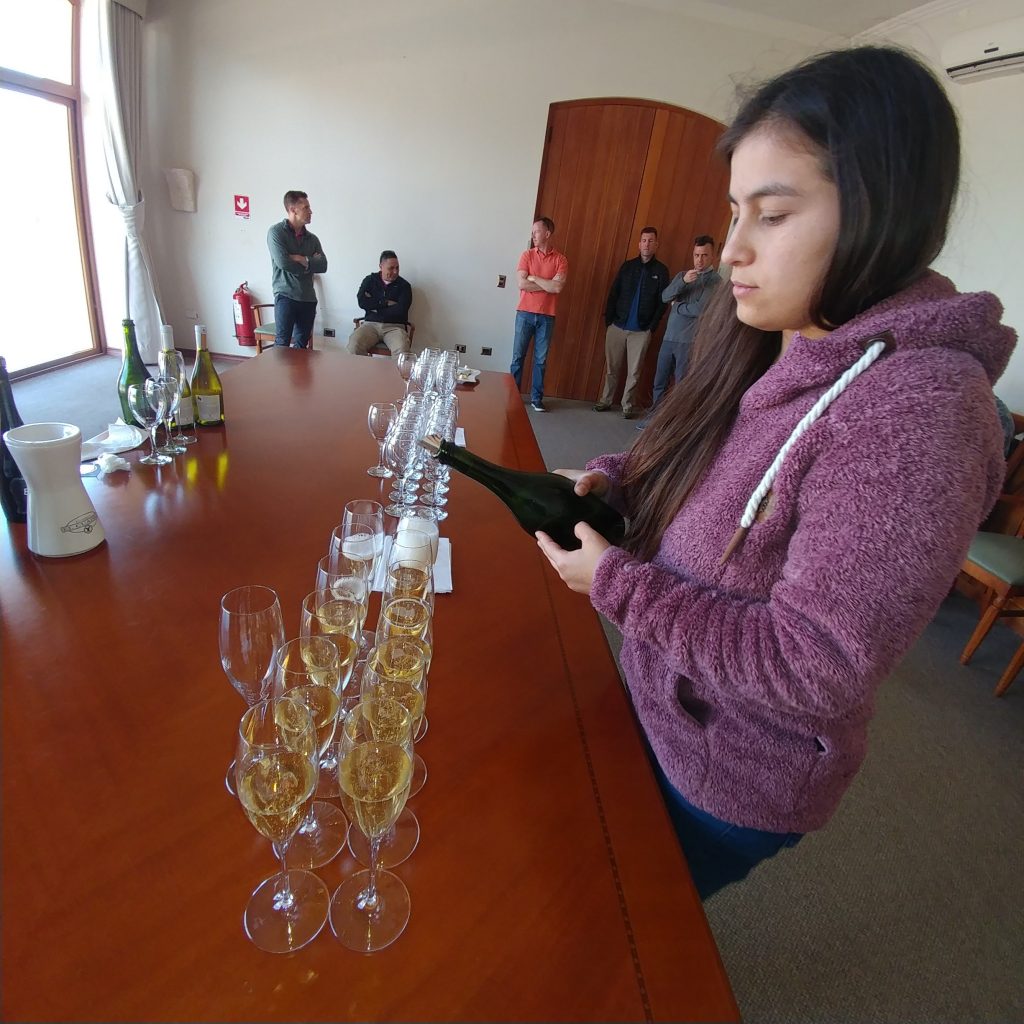 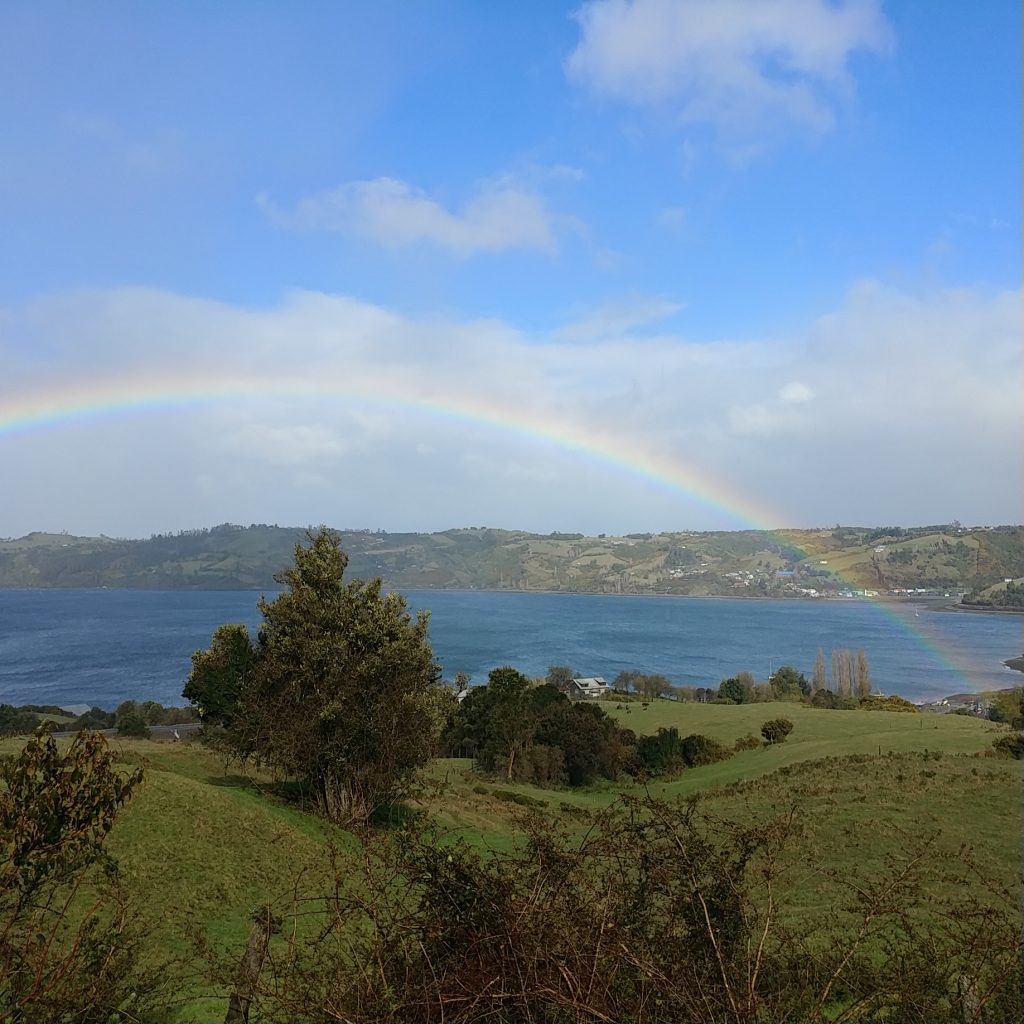 While in the region of Puerto Varas, I visited the famous Petrohué Waterfalls, in Vicente Pérez Rosales National Park. It is said that a stop here is an obligatory rite of passage for all Chileans, at some point in their life – probably likened to what Niagara Falls is to anyone within a three-hour driving distance. The difference here is that it’s not the height that matters; rather, it’s the marvel of how, in every direction, water leaps and bounds over ancient rock formations at gushing speeds. Think of it as whitewater rafting, but for the eyes. 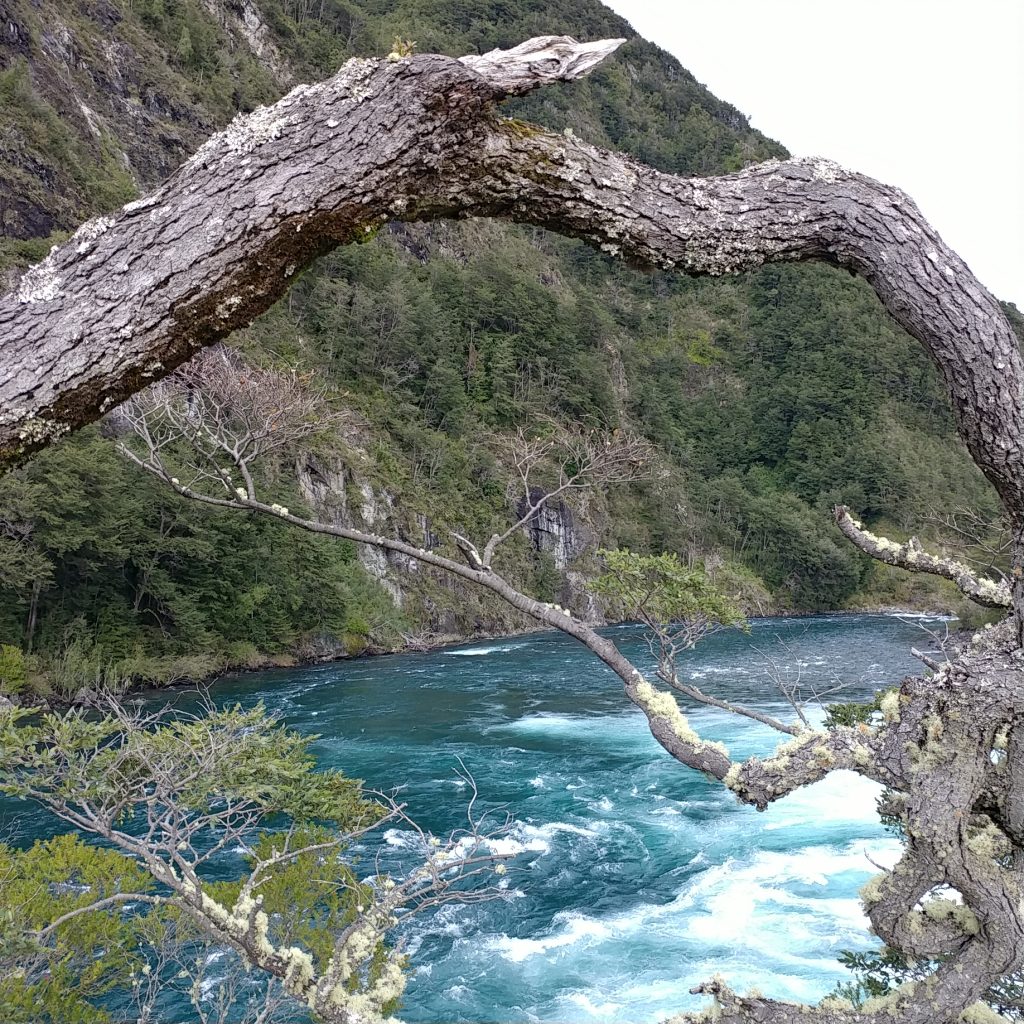 After an hour driving along the south shore of the Lake LLanquihue, with spectacular views of the ice-capped Osorno and Calbuco volcanoes, my group arrived at the El Solitario Hike, a 6km trail. The thicket of the lush green forest, the clean air and pin-drop silence is a welcome change from the insta-world we live in.

Wild-growing food is plenty. Chaura berries (think red, tart blueberries), berberis (a fruity yellow bud), maqui (Chilean wineberry), the avelaana (Chilean hazelnut) and nalca (a vegetable that is celery on the outside and rhubarb on the inside) are edible and delicious. 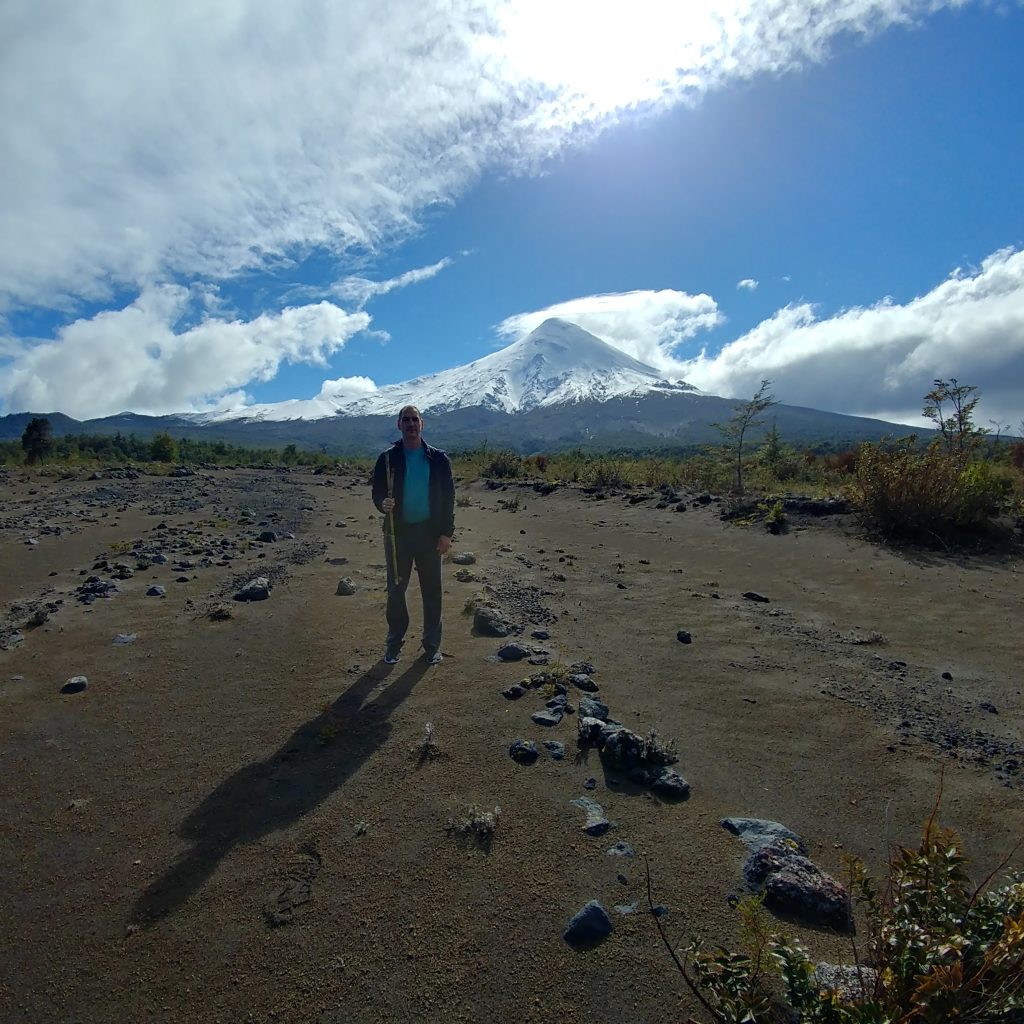 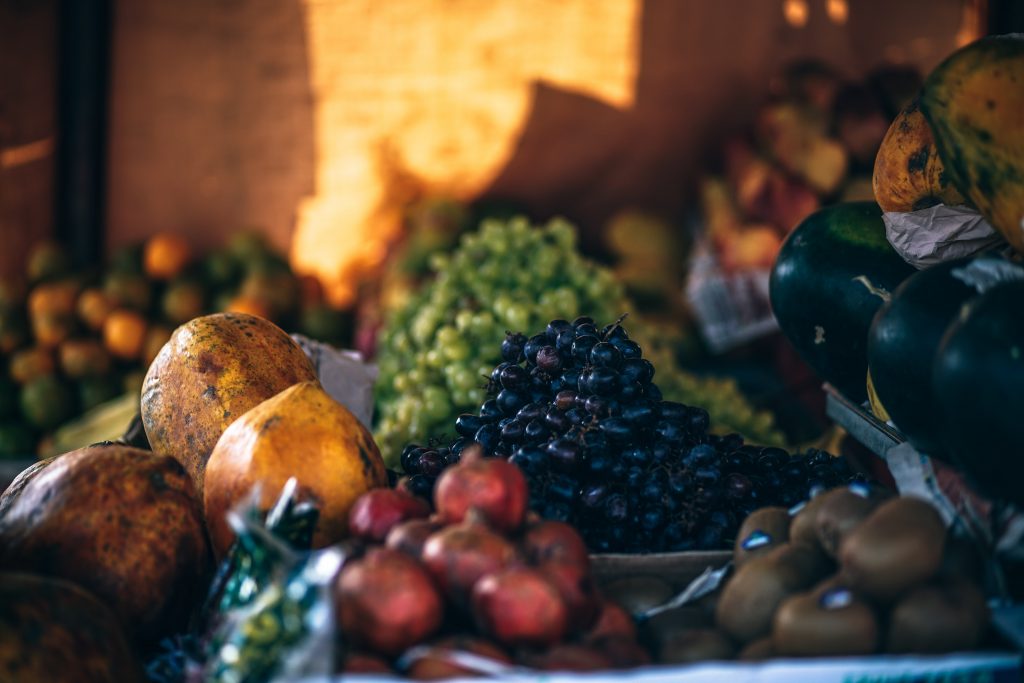 South of Puerto Montt is the island of Chiloe, where you can visit the bustling town market in the town of Ancud. Soak in the stunning colours of locally-grown fruits and vegetables; aisle upon aisle of fresh fish, and shop upon shop of handmade clothing. I couldn’t resist buying my wife a combination of woollen sweater, scarf and hat – all of which, I was told, took days to fashion. The cost was the same as commercial department stores, but ultra high on quality (and warmth!).

I thought a lot about why the fruits and vegetables had much brighter colours, and juicier tastes than Canadian supermarkets. It didn’t take long to conclude that much of the market’s fare had to be grown within driving distance, no doubt sown in the nutrient-rich volcanic soil. The comparatively dullish hues of our own fruit had to have been because eight months a year, our growing season is inhospitable, and thus requires shipping fruit thousands of miles, plucked weeks early, to ripen on the truck, and later, in the store. 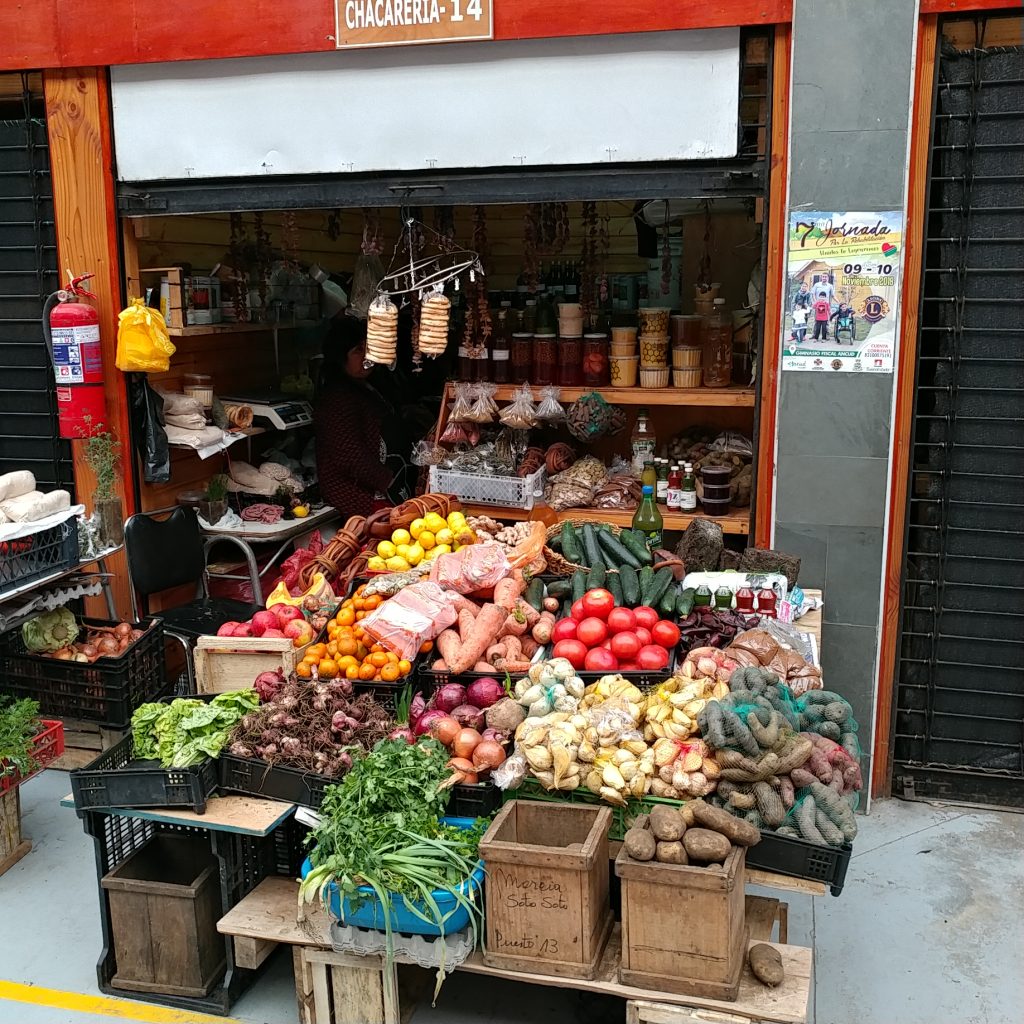 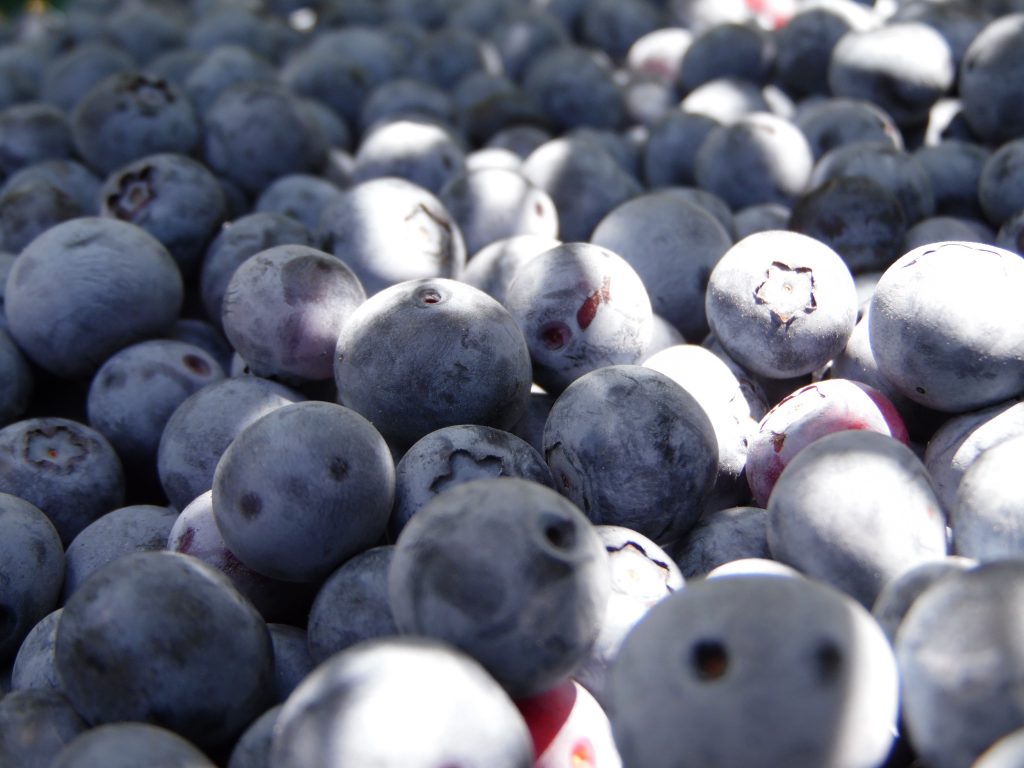 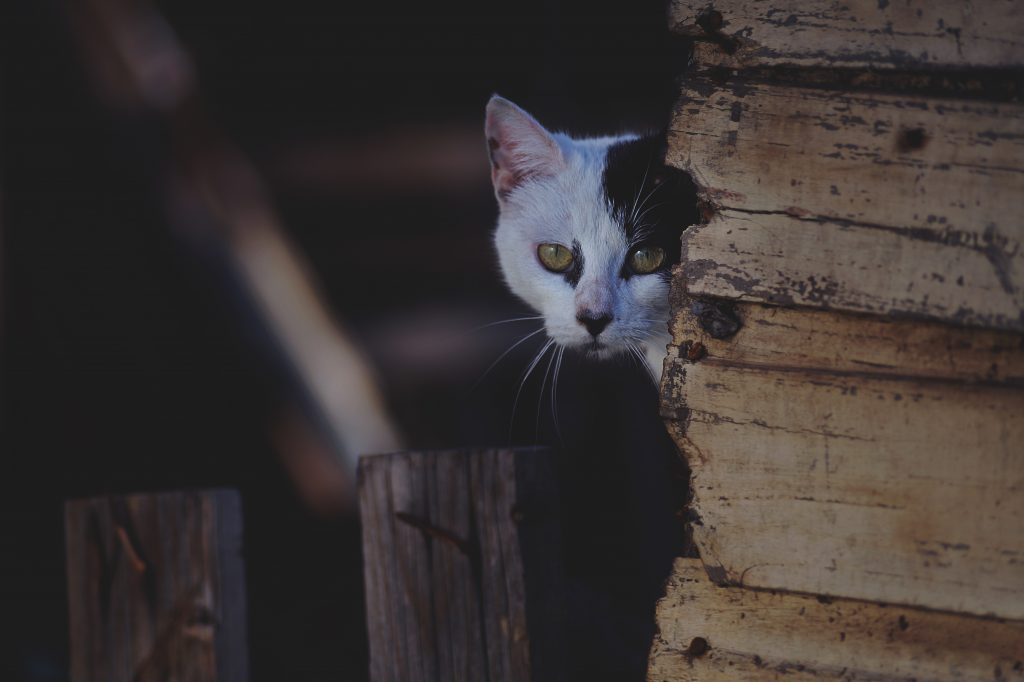 A demonstration of wool dyeing

While in the Ancud community, I visited the Dimter Maldonado family in the Chepo region. There, I learned about the “curanto” tradition of cooking food: inside a specially-made wooden hut, firewood is placed atop stones in a pit, the wood is set ablaze, and when the fire becomes strong enough, the wood is removed. Chicken, sausage, clams, oysters, and beef are placed right on the white-hot stones, and all covered by pine needles. An hour later, the cooking is done and the food is enjoyed by family and guests. 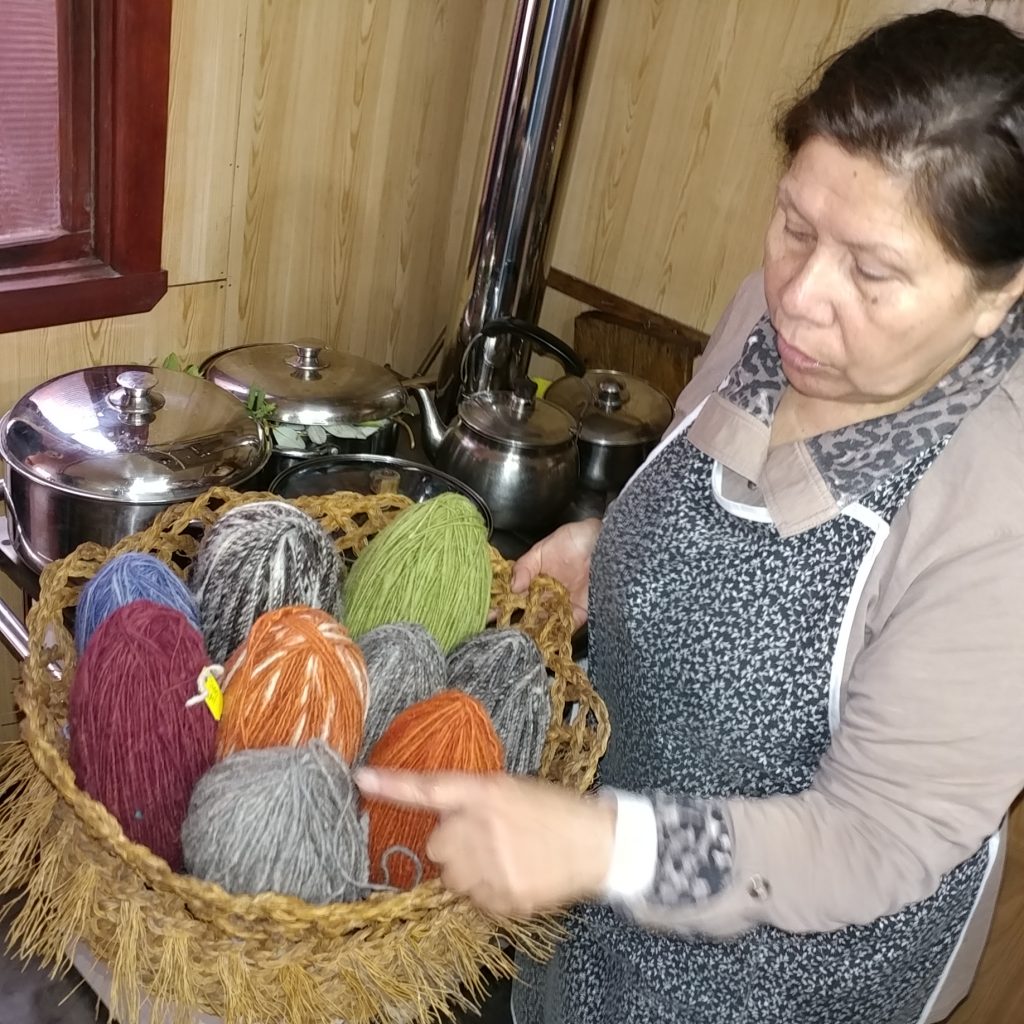 To bide time during cooking, locals showed us the cueca traditional national dance – taught to Chileans from an early age. Its derivations are said to be inspired, bizarrely, by the mating ritual of the rooster and hen.

Meanwhile, local wool weavers showed a demonstration of dyeing techniques, where specific colours are derived from boiling the wools in onion peels, blackberries, indigenous Canelo tree leaves, and red wine. It’s said a lot of these traditions were handed down from the Huilliche-Mapuche indigenous cultures. 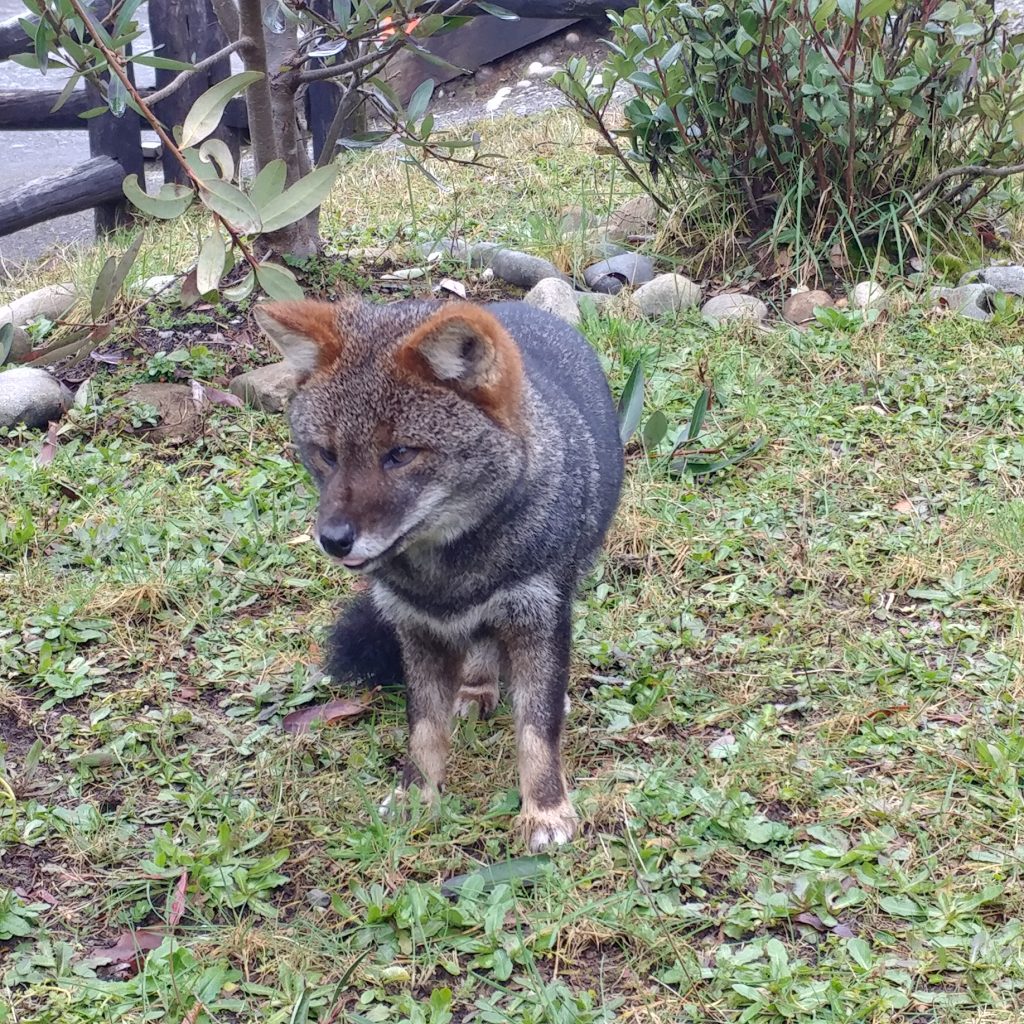 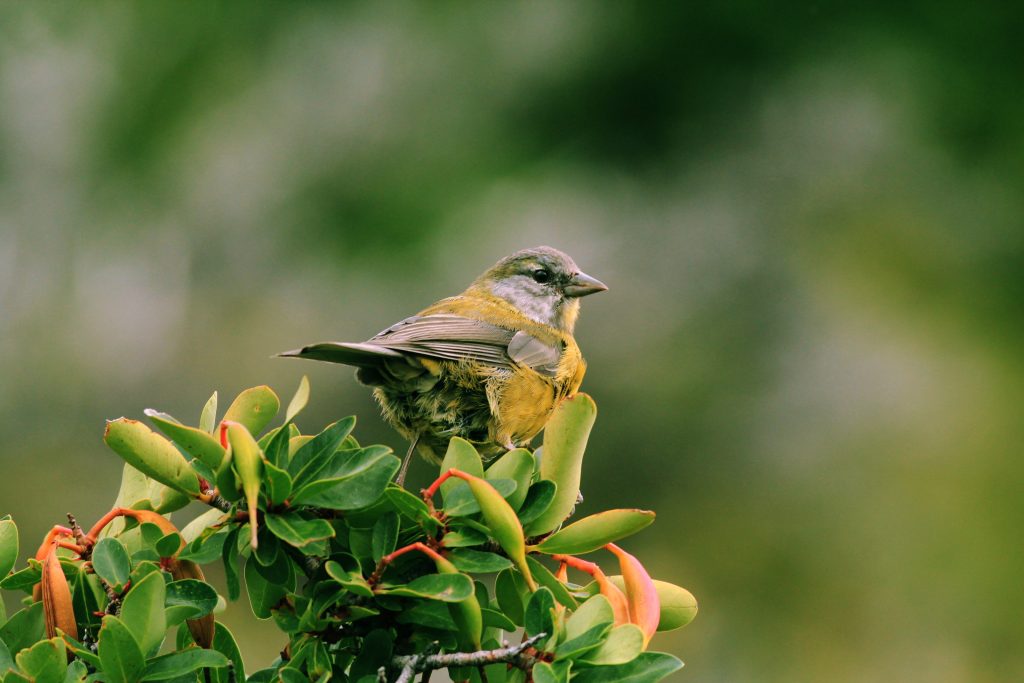 If you’re into what nature has to offer, take a trek through Tantauco Park, an unspoiled evergreen forest. There are fabulous opportunities to spot birds and wildlife. In fact, our group ran into the indigenous Zorro fox (so named by Charles Darwin himself). As small as a house cat, the brown furry fella wandered around our camp, sniffing our picnic. Harmless, relatively, but things would have gotten snippy had we not packed up and walked away.

Chile may be an unknown gem for most North American tourists, but it really ought to be a bucket list destination for anyone who wants a cultural cornucopia, and a treat for the senses, not found anywhere else. 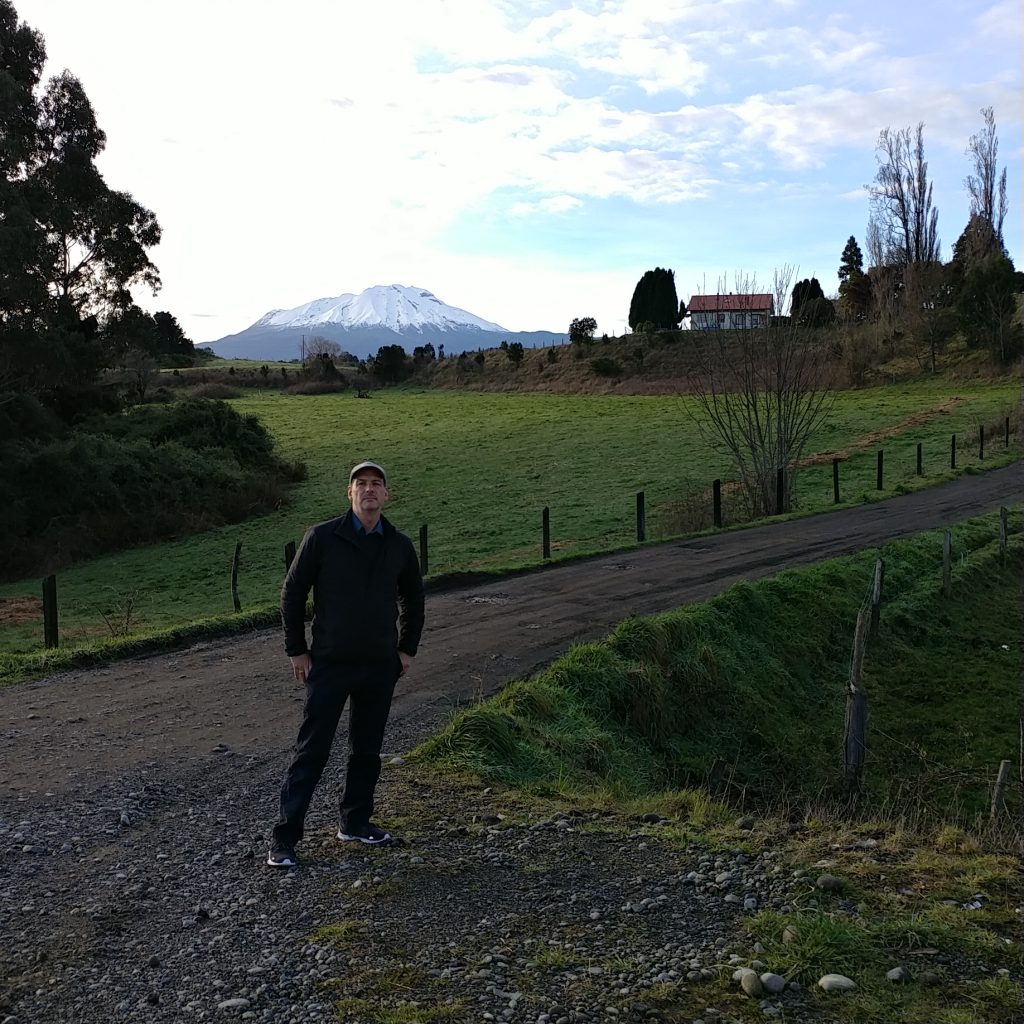 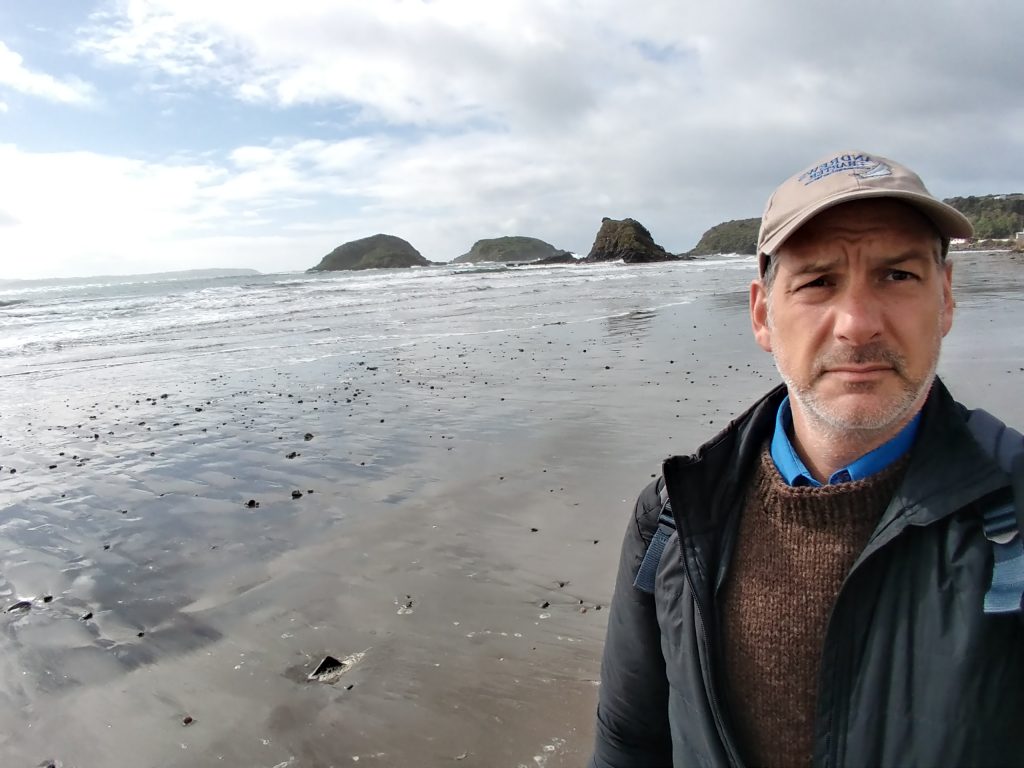 Ibis Restaurant – Puerto Varas’ jewel has romance written all over it. Whatever your taste buds crave is here, from an array of seafood to salads, plus doting staff ensure that glass is topped up, and your flavour nuances are met.

Tierra Chiloe – This is a luxury 24 room hotel in San Jose Playa, Castro, where each room contains hand-crafted furniture, wall to wall wood panelling, and jaw-dropping views of the coastline and clifftops. Should you decide to stay in this remote getaway, know you’ll be treated to a different menu each day and night. There a bounty of fresh-caught seafood, ranging from salmon, hake (haddock), clams and oysters, not to mention attentive servers.

– In Santiago’s Plaza, Mulato Gil de Castro is the 70-room  Cumbres, beckoning you with a ground-floor tapas bar. Class personified, it’s what the upscale traveller needs to feel both pampered, and the comforts of home.

– Deluxe accommodations can be found at Awa in Peurto Varas, built by renown architect (and owner) Mauricio Fuentes in 2016. Filling the hotel are local materials as volcanic rock, cypress wood and flagstone, as the spacious décor moulds modernity with traditional crafts throughout. The onsite restaurant serves up traditional Chilean fare, including the vegetables from their organic garden. Excursions can include fishing, hiking, kayaking, rafting and cultural activities with local indigenous groups. Please mark: each room has a gobsmacking view of their private beach and Orsano volcano. 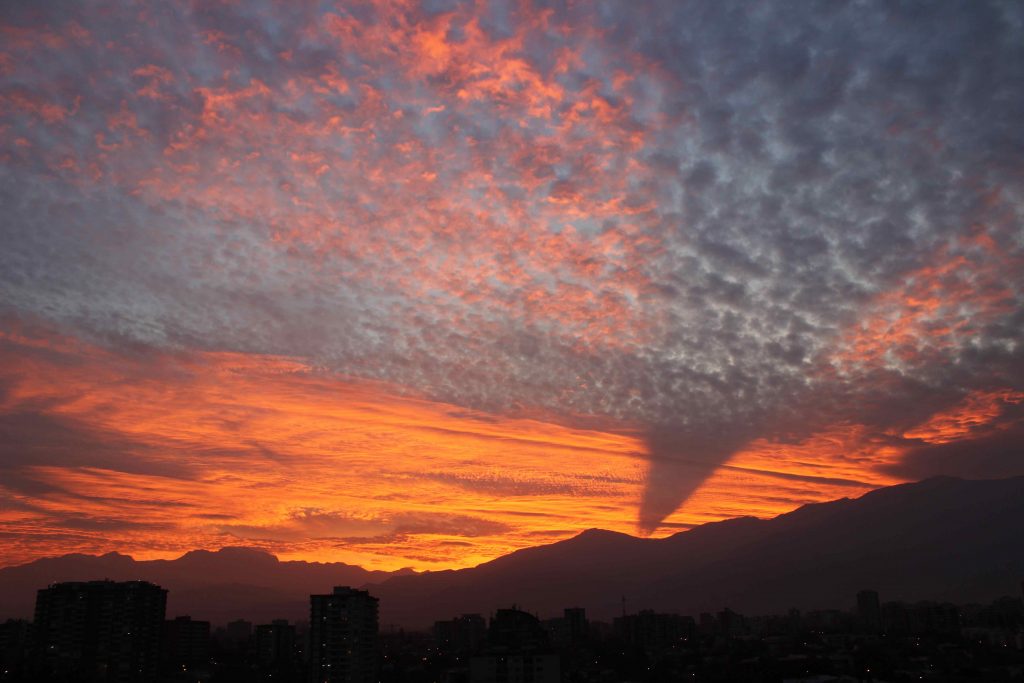